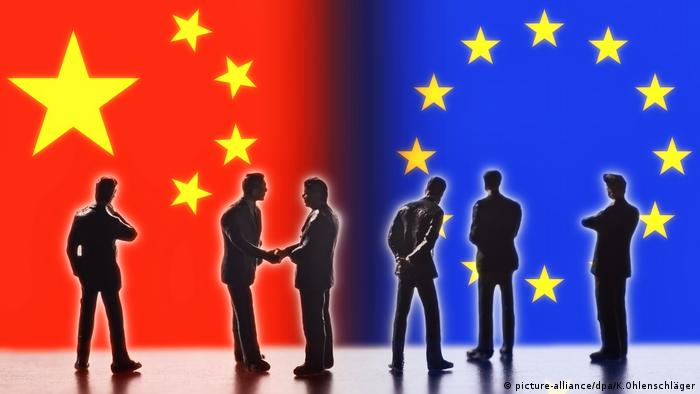 European Union member states on Tuesday agreed to a package of measures in response to a security law being imposed on Hong Kong by Beijing that the bloc says could extensively "erode rights and freedoms" in the semi-autonomous Chinese territory.

The European measures include an export restriction to Hong Kong of any equipment or technology that can be used for "internal repression, interception of internal communications or cyber surveillance."

Many countries in the West are now reassessing their relationship with Hong Kong, arguing that the security law makes it more difficult to guarantee transparency and the rule of law.

Germany to 'treat Hong Kong like rest of China'

The EU has struggled to come up with a coordinated response to the security law, with member states balancing trade concerns with standing up to Beijing.

The EU initiative was spearheaded by Germany and France, and German Foreign Minister Heiko Maas said in a statement Tuesday that the EU now has a "common toolbox" that member states can use to respond to Beijing's encroachment on Hong Kong's civil society.

"These conclusions send a signal of solidarity with the people who fear that the 'one country, two systems' principle will be undermined and their freedoms curtailed," said Mass.

Germany will "immediately cease exports of military equipment, and also of particularly sensitive dual‑use goods, to Hong Kong and treat the territory in the same way as the rest of the People's Republic of China," a Foreign Ministry statement said.

No mention of sanctions

Along with the export restriction, the EU said it would also introduce measures to support Hong Kongers and the territory's civil society. This includes making it easier to travel to Europe, and granting visas, scholarships and supporting academic exchanges.

However, the joint position agreed to by the EU'S foreign ministers did not mention any potential sanctions, or how exactly the measures could be implemented.

It does call for the EU to monitor how the security law is implemented and review the impact of the bloc's joint response by the end of the year.

More than 600,000 people took part in Hong Kong's pro-democracy party primaries over the weekend. The legislature of the Chinese Special Administrative Region will be newly elected in September.