The EU's executive said it has a unanimous mandate from the bloc's 28 members to finalize negotiations on a free trade deal with the US. This a day after Germany's economy minister said the talks had "de facto failed." 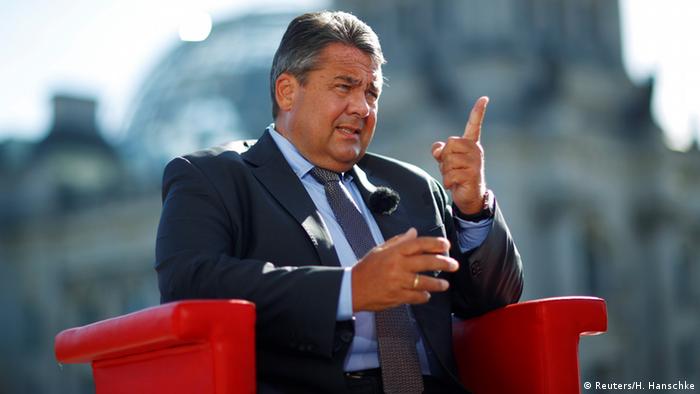 The EU and US began work on the Transatlantic Trade and Investment Partnership (TTIP) in 2013, aiming to create the world's largest free trade area by the time President Barack Obama leaves office in January next year.

Sigmar Gabriel said on Sunday that negotiations over the TTIP had failed because Europe rejected some of the US' demands.

Germany's leading industry associations were critical of Gabriel's remarks and have urged the German government to show greater commitment to free trade deals. The head of industry association BDI, Ulrich Grillo, said on Monday it was "astonishing" that Gabriel had declared the TTIP talks a failure when negotiations were still going on.

Three years of negotiations have failed to resolve several differences, including over food and environmental safety. The talks have also been bogged down amid widespread suspicion in the 28-nation EU that a deal would undercut the bloc's standards in key areas such as health and welfare.

Asked Monday by The Associated Press whether Gabriel's claims were true, chief EU negotiator Ignacio Garcia Bercero said: "No, no. Remember what Mark Twain said." The American writer once quipped that reports of his death were "greatly exaggerated."

EU trade ministers will discuss the issue in Bratislava on September 22. Schinas said the Commission was still ready to finalize the deal by the end of the year, but not at the expense of "Europe's safety, health, social and data protection standards, or our cultural diversity." Commission President Jean-Claude Juncker has made clear "the Commission will not sacrifice Europe's social health and its data protection standards, nor its cultural diversity on the altar of free trade," spokesman Schinas said.

In Washington, Matt McAlvanah, Assistant US Trade Representative for Public Affairs, insisted that "negotiations are in fact making steady progress."

"The nature of trade negotiations is that nothing is agreed to until everything is agreed to, so it is not at all surprising that TTIP chapters have not been formally closed," McAlvanah said. He added that the US and EU trade representatives are set to meet in mid-September for further negations.

The White House also disputed Gabriel's contention, saying it was still aiming to reach a deal by the end of the year. "It's going to require the resolution of some pretty thorny negotiations, but the president and his team are committed to doing that," White House spokesman Josh Earnest told reporters in Washington.

As the US presidential vote nears and with the French and Germans heading to the polls in 2017, Gabriel is only the latest high-ranking European to cast doubt on a swift deal.

France's Prime Minister Manuel Valls has said it would be "impossible" for the two sides to conclude negotiations on a trade deal by the end of 2016.