EU puts more pressure on Poland but no solution in sight | Europe| News and current affairs from around the continent | DW | 13.09.2016

EU puts more pressure on Poland but no solution in sight

The European Parliament has again criticized political developments in Poland. There is no end in sight to the ongoing constitutional crisis over the country's constitutional tribunal and press freedom. 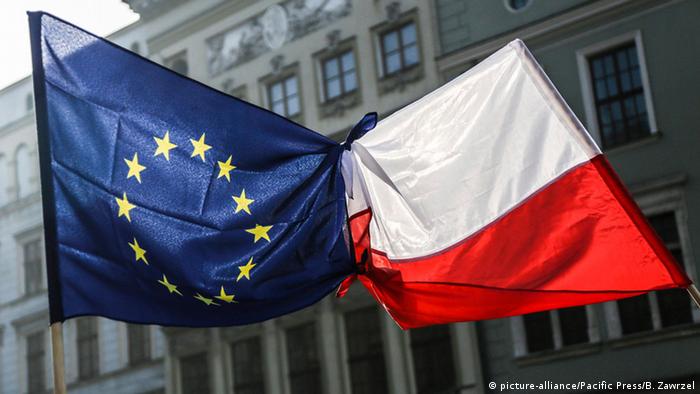 Political tensions between the European Union and Poland are anything but over. The Polish government continues to reject Brussels' latest complaints, calling them "interference."

That's why in a new resolution, the European Parliament seeks to draw attention to the Polish government's ongoing efforts to restructure the constitutional tribunal and to other unresolved issues, mainly regarding the publication of the tribunal's rulings and its jurisdiction. The situation remains unchanged, said First Vice President of the European Commission Frans Timmermans in Strasbourg.

Resolution to support the constitutional process

A "systemic risk to the rule of law" continues in Poland, the resolution states. It was supported by the EP's five largest factions from across the political spectrum. The resolution is symbolic only, but aims to keep the topic in focus. For many Social Democrats, it is a means of dialogue. They see an increasing tendency to attack basic freedoms, said Gianni Pitella, the head of the Social Democrats' parliamentary group. "We are fighting for you, not against you," he said.

The Polish Christian Democrat Janusz Lewandowski made a passionate plea before the EP to defend Polish democracy, saying the current government is endangering Poland's strong position in the EU and its strong economy, putting its democratic development at risk.

"Voters did not choose to clean house in the media. They did not vote against the tribunal, and not for the PiS party's colonization of the bureaucracy," he said, referring to the governing Law and Justice Party. People have to hear the truth, he said, adding that Poland's true friends raise their voices against Warsaw's trend towards nationalism. 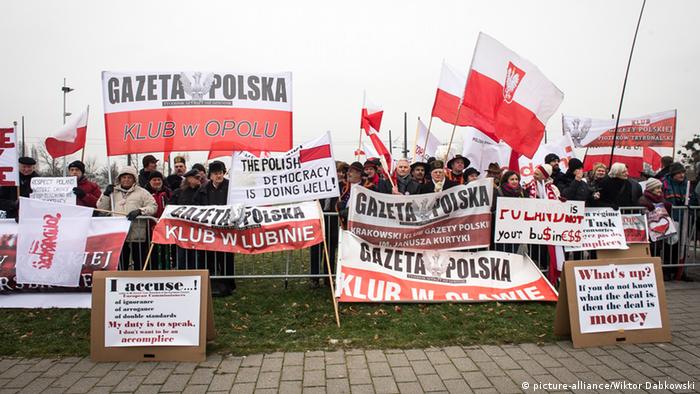 An MEP from PiS, which cooperates with British conservatives in a Euroskeptic faction, rejected the European Parliament resolution, calling it a "political maneuver." Ryszard Legutko said the EU was simply biased and could not tolerate differences of opinion. Contesting the action, he called the entire process a breach of the EU contract.

Voices from Poland's right wing supported Legutko's statements, saying "hands off Poland" and calling the resolution an "attack on our fatherland" by European political elites.

PiS after a master plan

"The PiS has a master plan to redo Polish society," said German MEP Sylvia-Yvonne Kaufmann. She visited Poland with a delegation and met with opposition groups. Kaufmann is concerned by developments there, but hopeful that Poland's civil society will rise to meet the challenge. The Committee for the Defense of Democracy has been the main organizer of past demonstrations, and she believes they will continue their movement. An event with more than 1,000 anti-government judges called for democratic engagement.

However, Kaufmann herself sees PiS popularity increasing, due to its handing out of social benefits. The EU can do little except keep the public spotlight on the situation. Kaufmann fears difficult times ahead for the Visegrad Group, consisting of the Czech Republic, Hungary, Poland and Slovakia. A stronger trend towards "block building" would be dangerous for European cohesion.

Polish nationals in Britain worry about the future

Three Polish ministers are to make an urgent visit to London following a spate of violent attacks on Polish nationals in Britain, reports Samira Shackle from London. (05.09.2016)