The French politician is demanding the EU levy a "real" financial transaction tax, which could fund health and social programs. Similar taxes have been proposed before, but they have all failed to be put into action. 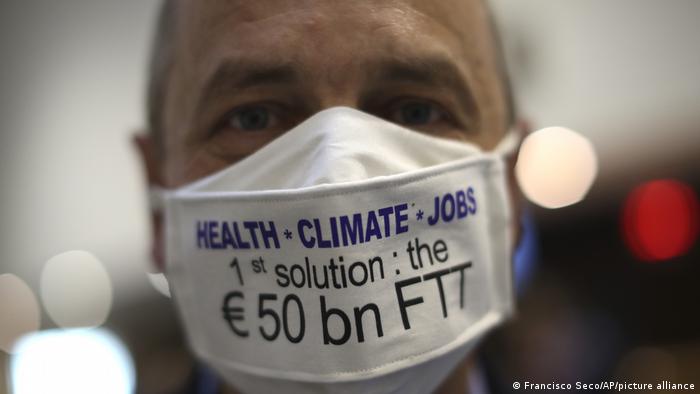 "I will stay in Parliament day and night without food," Larrouturou told AFP.

In a tweet, Larrouturou said he was trying to "put pressure on [German Chancellor Angela] Merkel and [French President Emmanuel] Macron." He said his goal "is not to die but to avoid millions of deaths."

In the tweet, he added a link to the Climate and Jobs Pact, which calls for a tax on financial transactions so that the European Union (EU) can fulfill its aims in climate protection and health policy.

"It is obscene to hear that there is no money for health, the climate, employment, while financial markets have never done so well," wrote Larrouturou, who heads the Nouvelle Donne (New Deal) political party.

Larrouturou said the tax would make it possible to pay off the debts from the €750 billion ($881 billion) EU coronavirus recovery fund that was passed over the summer. In the agreement, the EU heads of government introduced a similar financial transaction tax, but without a concrete timetable. Discussions on such a tax have been going on for several years without success.

The European Commission president has called on people to not let down their guard now. The EX executive has encouraged member states to agree on standards for travel and tracing, Bernd Riegert reports from Brussels.