Europe's political leaders continue to take a hard line when it comes to the EU's asylum policy. According to migration expert Jochen Oltmer, the EU needs to reconsider how it deals with refugees. 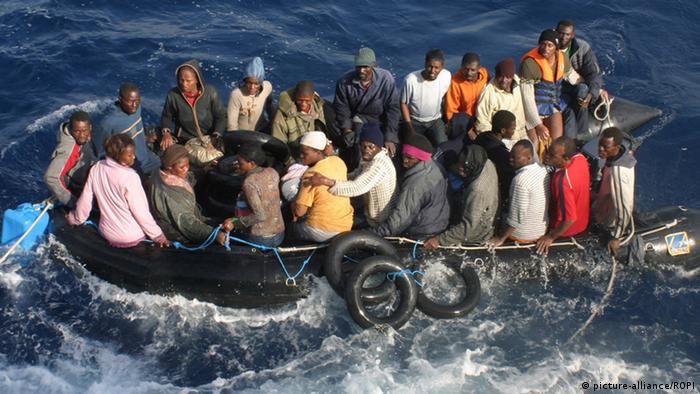 DW: There are frequent television pictures of refugee boats which have sunk in the Mediterranean. The people who die or have to be rescued in such events are trying to get into the EU and to seek protection there. EU politicians say they are very moved by what's happened but nothing has changed so far in the EU policy on refugees. Is the onslaught against "Fortress Europe" - as human rights organizations call the EU - really that big?

Jochen Oltmer: These spectacular and moving pictures, such as those from Lampedusa, but also from elsewhere, give the impression that there are many refugees coming to the EU. Politicians want to use these spectacular events to justify their exclusion policy. But the global movement of migrants takes place mainly between the countries of the developed world. The figures published by the central register of migrants in Germany show that 80 percent of the immigrants to Germany come from other EU states. Altogether, more than 90 percent of all the people in Germany who have come here from elsewhere come from Europe - in other words, including Europe outside the EU.

Then there are the movements between the less developed nations. But not much goes on between the undeveloped states and the developed states. The invasion is a myth which has been encouraged over decades, but it has nothing to do with the reality of the global figures. 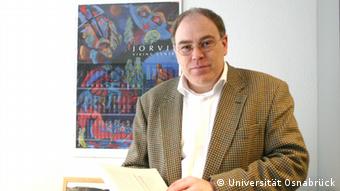 Then why does the EU appear to be so closed towards migrants?

Migration is seen as something negative. Burdens on the labor market, security risks linked to immigration, burdens on the social security system - these are three issues that are immediately brought up when migration is discussed. And we can see from the political discussion of the last few weeks with what strength this defense mechanism comes into operation, even though we are talking about such small numbers.

How can one increase the acceptance of migrants?

There certainly isn't enough provision to take in refugees quickly and without conflict. There also isn't enough awareness of the fact that it is necessary to take in refugees. Every time the number of refugees rises somewhere, the EU has problems with reception, distribution, division of funding and much more. One idea would be an EU-wide distribution key with clear criteria, including possibly distribution according to population and tax revenue. That way, one wouldn't always have this jealousy and bad feeling and the refugees wouldn't be politically instrumentalized.

On the other side, the EU appears to be open: there are efforts being made to encourage the immigration of skilled workers. If migrants are a valuable resource for the EU, why are there attempts to make them seem like a threat?

There's a discussion going on, in which it is said that it would be to the advantage of Germany if qualified workers were brought in to the country - for example, care workers from Bosnia. It's said that there would advantages for the care workers, since they would gain further qualifications, and that this would be good for the care systems of the countries from which they come. But that's always linked to the fear of long-term immigration. The residence allowance for these care workers is so restricted - mostly to one or two years - that these projects don't work. The period is just enough to allow people to become familiar with the job, or to learn the language, so that the real work can only just begin as the workers are having to start planning their return.

Professor Jochen Oltmer is with the Institute for Migration Research and Intercultural Studies at the University of Osnabrück. His work is critical of European refugee policy.