German cities have been complaining that immigrants from poor EU countries are taking advantage of the nation's welfare system. The EU says Germany profits from immigration and has nothing to whine about. 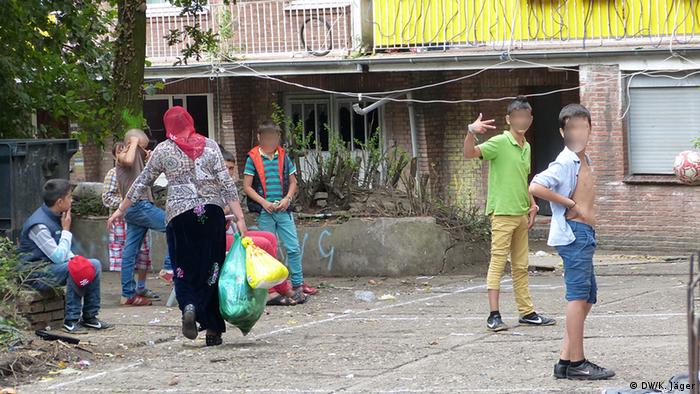 Major German cities like Berlin, Mannheim and Duisburg are having to deal with large numbers of poor people from Romania and Bulgaria, the EU's two poorest countries, who are moving into cheap sub-standard housing and receiving monthly child benefit of 190 euros ($260) per child. That may not seem like much to the average German, but for many of the immigrants it's more than they would have back home. Even though they have to leave after three months if they don't find a job, it's still worth coming regularly to Germany to pick up the money. 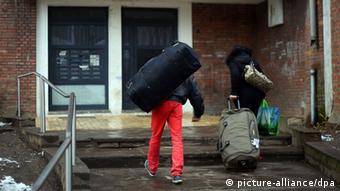 Five hundred migrants are arriving in Duisburg every month

But there's even more worry about the future: at the beginning of next year, Romanians and Bulgarians will be able to get regular welfare payments during their three months, and the cities fear that "poverty immigration" will reach epidemic proportions.

Reinhold Spaniel, city manager of the former industrial city of Duisburg, said, "This is my biggest current social and political problem."

A European Commission report seen by DW ahead of publication says Germany has no reason to complain and that the country actually benefits from EU immigration.

According to the report, which considers the effect of immigration throughout the EU on the welfare budgets of individual countries, EU immigrants make up less than 5 percent of those who receive welfare payments in Germany - the same proportion as in Finland, France, the Netherlands or Sweden. Most immigrants, the report said, live in families in which at least one member goes to work.

The study concluded that there is "little evidence in the literature and stakeholder consultations to suggest that the main motivation of EU citizens to migrate and reside in a different Member State is benefit-related as opposed to work or family-related."

As EU Commissioner for Labor Affairs Laszlo Andor told the Spiegel website, "The large majority of the Romanians and Bulgarians work and contribute to Germany's growth, in that they pay taxes and social security contributions and they spend money." 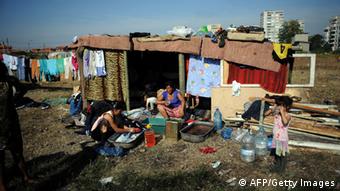 Roma often live in desperate conditions in Bulgaria and Romania

Spaniel agreed that there are many highly qualified Romanians and Bulgarians who come to Germany, but they are not his problem: "Poverty migration stems from economic problems at home, together with discrimination, which makes people leave home and come to Germany."

Many of them are Roma who live in desperate conditions in their home countries. They often have no professional qualifications, some are illiterate, and they come to cities like Duisburg because rents are cheap.

"We have badly run-down properties here," Spaniel told DW. "The landlords rent the mattresses out at 10 euros a night. The immigrants don't go to Düsseldorf, Stuttgart or Hamburg, because the rents are too high."

Duisburg is currently home to 8,500 such immigrants, and 500 more are coming every month.

According to Christoph Butterwegge, a specialist in poverty at the University of Cologne, "That can be a problem for an individual city, especially for cities like these which are already short on finances, but from the wider perspective, when one looks at the whole of Germany, then there's enough money around to deal with the problems."

But the German interior minister, Hans-Peter Friedrich, has insisted that the EU must do more - such as introducing rules which would allow Germany to stop people from coming back if they've been required to leave because they hadn't found a job. He told the newspaper "Die Welt," "Whoever only wants to benefit from our social welfare funding should not be able to take advantage of freedom of movement."

Even though the EU said Germany has no reason to complain about EU immigration, the arrival of large numbers of poor people who have little chance of getting a job is still putting a heavy burden on individual cities, and often on individual streets. 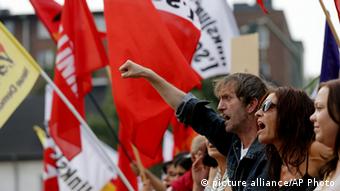 Even under pressure, Spaniel said he does not want to change the law: "These people have the same right to move around as the French or the English, but we simply can't cope with the problem with Duisburg's resources. We need help from the national government and the EU."

In the long term, EU money is needed to improve conditions at home so that there is less pressure on potential migrants to leave - but that won't work any time soon.

Until then, Spaniel said he is worried: "We have to be careful not to overburden the social infrastructure - we already have cases of neighborhoods that are unable to cope."