EU ministers are meeting in Bucharest to hand the European commission a negotiating mandate to rebuff threatened US tariff hikes on cars imported from Europe. Berlin says the issue has reached a "critical" phase. 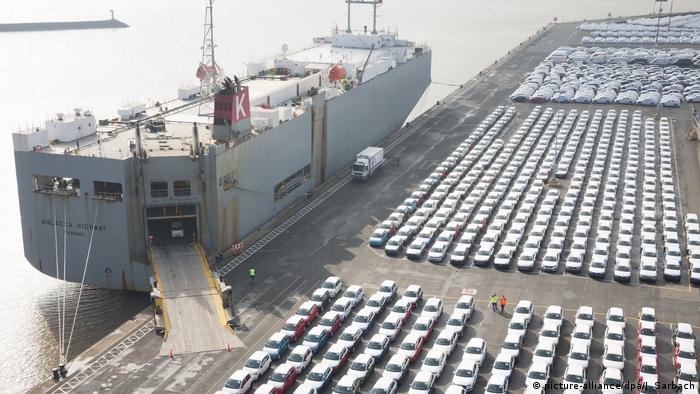 Instead, Altmaier said, "car tariffs between the US and Europe should be reduced and completely abolished."

The European Parliament was likely to vote on the issue in early March, she added.

Business publication Bloomberg later reported, citing an EU official that it didn't name, that the bloc was preparing a list of retaliatory tariffs that could hit US companies including Caterpillar, Xerox and Samsonite.

Read more: No more BMWs or Mercs on Fifth Avenue?

Diplomats say Germany, which has major exports of cars and car parts to the United States, is keen to advance negotiations, but France, looking to European Parliament elections in May, is hesitant.

A second issue is whether to include fisheries, with France concerned about shrinking maritime harvests, assuming Brexit eventuates.

Also unresolved is what to do about the stalled TTIP (Transatlantic Trade and Investment Partnership) talks — opposed last year, especially in Europe, by environmentalists, unions and critics of unrestrained globalization.

The USA has a long wish-list, including comprehensive access to Europe for its agricultural goods, despite noteworthy discrepancies in the two regions' standards for food produce.

In Bucharest, French junior minister Jean-Baptiste Lemoyne indicated that he did not share Malmstrom's sense of urgency.

"For the moment, it's a first political discussion," said Lemoyne, referring to Friday's talks that officials described as "informal."

Austrian Economic Affairs Minister Margaret Schramböck insisted that the commission be given a mandate to negotiate and not be restrained because the automobile sector was "not as affected as much as in another country."

Currently, EU industrial goods tariffs are at around 4 percent.

The commission estimates that by removing them, exports in both directions could be boosted by 8 or 9 percent by 2033.

Visiting Bucharest on Thursday to discuss the current uncertainty surrounding global trade arrangements, World Trade Organization (WTO) chief Roberto Azevedo said: "what is clear to me is that the clock is ticking."