The European Commission has launched a probe into policy changes in Poland that may clash with EU law. It is the first time such a move has been initiated by the EU against a member state. 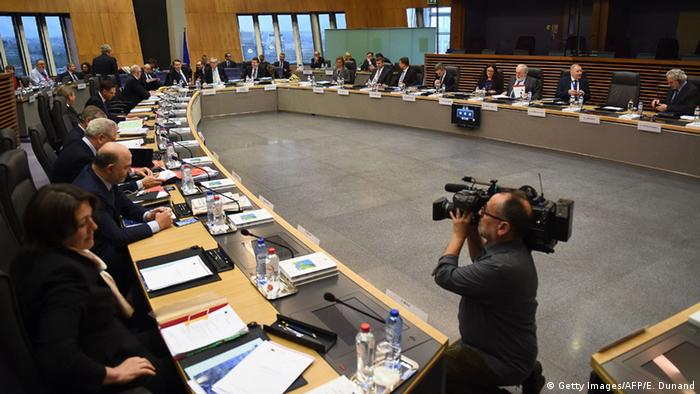 Speaking after a lengthy meeting of the EU executive on Wednesday, European Commission vice-president Frans Timmermans said: "today we have decided that the (European) Commission will carry out a preliminary assessment on this matter under the rule of law framework."

The right-wing Polish government is feeling the pressure from within and abroad, but they only have themselves to blame. A pair of laws restricting media and judicial independence have outrage pro-democracy advocates. (12.01.2016)

Pointed accusations in the media, the ambassador summoned: German-Polish relations are in free fall. But anyone who puts all the blame on one side is making life too easy for themselves, says Bartosz Dudek. (11.01.2016)

Protesters in Poland on Saturday said they want to send a signal to the new government that democracy and a free media in the post-communist country will not be eroded. Jo Harper was at the rally in central Warsaw. (09.01.2016)

The unprecedented move is in response to new policies introduced by the governing Law and Justice (PiS) party upon its election in October. These include measures implemented last week that would give the government more control over state news organizations. Changes to the nomination process for Poland's judicial system raised eyebrows in Brussels as well.

This is seen as unlikely, however, and a review process and recommendations must first be completed by the EU.

The Polish government lashed out at the European Commission on Tuesday, accusing the EC of putting undue pressure on the right-wing government over the issue and interfering with Poland's right to govern itself as its elected officials see fit.

Prime Minister Beata Szydlo said she will join President Andrzej Duda, a close ally, at a January 18 debate on the issue in the European Parliament.

"It's clear to me that the prime minister represents the country any time Poland's reputation needs protection," she told reporters in Warsaw earlier this week.

Poland has also faced some backlash from its citizens over the new laws.