EU is at risk of losing legal battle with Yanukovych | Europe| News and current affairs from around the continent | DW | 15.09.2016

EU is at risk of losing legal battle with Yanukovych

The Ukranian ex-president, Viktor Yanukovych is suing against EU sanctions at the European Court of Justice. Even if the verdict falls in his favor, his bank account will remain inaccessible in the near future. 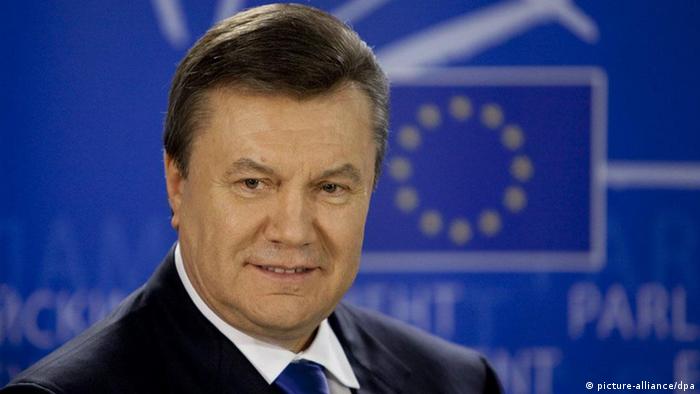 Since fleeing to Russia two years ago, the Ukrainian ex-President has gone underground. Viktor Yanukovych's only connection to the outside world is through his lawyers. They have been instructed to have their client's European bank accounts unlocked. In this legal battle, no cost is too little for Yanukovych. Representing him at the European Court of Justice, which is expected to hand down its judgment on Thursday, is the British star-lawyer, Thomas Beazley. In Moscow he is held to be the best man to fight EU sanctions. He has even represented state-run companies, such as the mineral oil company, Rosneft, at the European court of Justice.

Yanukovych is able to afford expensive lawyers, because according to EU law, he is able to rely on the funds in his seized bank accounts. According to the Financial Intelligence Unit, which is the central agency for combating money laundering, there are hundreds of millions of US dollars and Swiss franks seized in bank accounts held under the names of people on the “Janukowitsch – list” across six EU countries, as well as in Switzerland and Lichtenstein – who have also taken part in the EU sanctions.

This list includes is made up of sixteen names, including the ex-president, his son, ex-prime minister, Mykola Asarow, former chief of staff, Andrij Kljujew, as well former ministers and other influential figures from Yanukovych's inner circle who fled to Russia.

Sanctions based on the contents of a letter

Opinions are divided in Ukraine regarding its democratic process. Is the country on the right track? What will its future democracy look like? Two Ukrainians who have been active in politics offer their views. (15.09.2016)

Ukrainian President Poroshenko said his country has agreed to a ceasefire proposal announced by pro-Russian rebels. Despite a 2015 peace deal, the war in Donbass has continued to plague Ukraine. (14.09.2016)

The Republican presidential nominee has suggested he would consider recognizing Russia's claims in Crimea. Critics slammed Trump's comment, saying it would mark a policy flip on the internationally-condemned annexation. (01.08.2016)

As well as Yanukovych, all other members of the list lodged a claim against the EU sanctions as early as spring 2014. Since then, seven of them have had judgments passed in their favor. After the coup in Kiev, Brussles moved swiftly in creating the list in order to prevent the former Ukrainian rulers from emptying their European accounts.

At the time things moved too quickly to be able to obtain legal assistance. European state and governmental leaders were forced to rely on a letter from the new Ukrainian Attorney General. The sole contents of the letter were to inform that Yanukovych and his inner circle were suspected of having undertaken large-scale corruption.

Due to the fact that no proper criminal proceedings were held at the time, the lawyers for Yanukovych and his cronies are using this as an opportunity to give Brussels a sharp slap. Observers are predicting that Yanukovych will win the case, based on the success of the seven others. In all previous verdicts the judges have given identical reasoning: a letter is not a sufficient basis for EU sanctions.

A legal victory with real results

The former Ukrainian rulers will not actually be able to achieve much in the European Court of Justice. The funds held in their European accounts will remain seized. This is because, in the meantime, the EU Council has more than once extended the sanctions by a year. The fact that the sanctions were due to be formally lifted in 2014 means nothing since extensions were obtained that mean the sanctions are valid until March 2017. 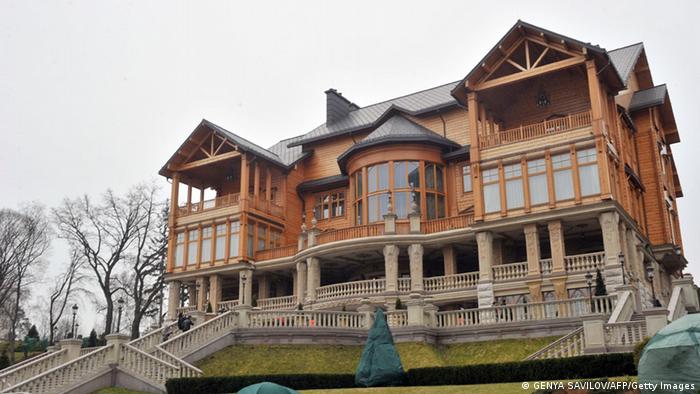 Yanukovych and his inner circle have already launched claims against the extensions. But by the time the court reaches its decision on this, new extensions will probably be in place.

The legal battle, which the Yanukovych clan may win, means a significant loss for European tax-payers. As the losing side in the case, Brussels will have to pay the legal costs for the star-lawyers – which in this case will come to hundreds of thousands of euros.

European Court of Justice stays true to its constitutional principles

Some may feel resentment that the European Court of Justice could hand down a judgment in favour of someone with a reputation for pursuing personal enrichment. But according to Andrew Wilson, of the European Council of Foreign Relations, this approach is in line with upholding constitutional principles. “It was very important in this case that there be a careful legal review. This shows that we uphold legal principles in the West – something that does not happen in Russia and only to a limited extent in the Ukraine,” explained the legal-expert in a recent DW interview.

Legal battles with those on the “Yanukovych-list” could go on for years. Yet Jaroslaw Jurtschyschyn, from the Kiev branch of Transparency International, has explained to DW that in order to maintain the sanctions the Ukrainian justice department will need to provide a more thorough evidential basis. “If these people are never convicted in the Ukraine, then the EU will, at some stage, have to lift the sanctions,” predicts the anti-corruption expert.

Since the accusatory letter almost two years ago, the Ukrainian attorney general's department has done almost nothing. But investigations are believed to be now underway. Many former high-ranking civil servants have been arrested in recent months. They have been accused of aiding the former president and his inner circle in their illegal enrichment.

Ukraine wrestles with symbols of the past