Ukrainian President Poroshenko said his country has agreed to a ceasefire proposal announced by pro-Russian rebels. Despite a 2015 peace deal, the war in Donbass has continued to plague Ukraine. 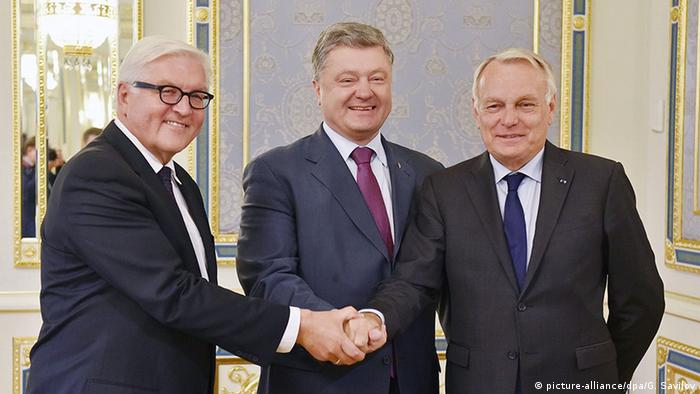 The protracted conflict in eastern Ukraine will see a fresh attempt at a truce, Ukrainian President Petro Poroshenko said on Wednesday that government troops would adbide by a ceasefire agreement proposed by pro-Russian rebels earlier this week. The ceasefire was set to come into effect Thursday and last for at least one week.

Germany was amongst the first foreign powers to hail the decision. Foreign Minister Frank-Walter Steinmeier said, "We are happy and pleased that President Poroshenko has agreed to maintain a cessation of hostilities." He added that the International Monetary Fund has expressed its willingness to support Ukraine if it sticks to the deal.

Although a formal peace deal was drawn up and signed in February 2015, scattered violence has continued between pro-Russian rebels and Ukrainian troops. While both sides have largely held to the agreement to withdraw heavy weapons from the frontline, the war in the Donbass region has joined the ranks many post-Soviet territorial conflicts that are frozen without any real solution.

The conflict has claimed at least 10,000 lives since a popular uprising in early 2014 against Ukraine's former President Viktor Yanukovych, who was perceived as being in Moscow's pocket. The unrest was then compounded by the Russian annexation of the Crimean peninsula, eventually resulting in all-out war.

Fresh US sanctions to hit Russian shipyards and chipmakers

Washington has slapped sanctions on another 81 Russian companies as a result of Moscow's role in the Ukraine conflict . Among those facing bans are chipmakers, shipyards, gas firms, and a bridge builder. (08.09.2016)