EU frustrated with sluggish Brexit negotiations | Europe | News and current affairs from around the continent | DW | 25.04.2020 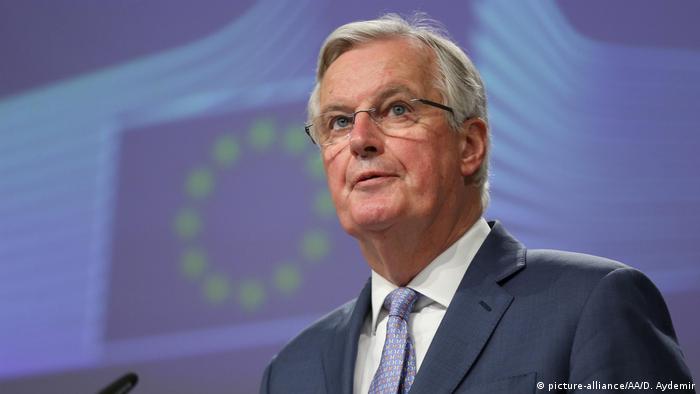 EU chief negotiator Michel Barnier spent all of last week in conference calls with the British government discussing the future economic relationship between both sides. It was the second round of talks since early March, when the coronavirus outbreak threw a spanner in the works. Barnier is frustrated that Britain is slowing down the talks, yet also rejecting an extension of the Brexit transition period.

A range of teams on both sides are simultaneously negotiating a whole host of issues. But so far, no progress has been made on the points particularly important to the EU. They range from creating a level economic playing field to agreeing on the legal oversight over the deal, cooperation on security affairs and fishing. While all these issues are interconnected, agreeing on fair economic parameters has the highest priority.

They pertain to labor rights, climate protection standards, subsidies, taxation and other issues. The EU wants London to agree to some of the bloc's standards, yet London insists it is a sovereign nation that makes its own rules.

The EU argues shared standards are key, as both economic realms are already interwoven. British Prime Minster Boris Johnson, meanwhile, wants a free trade deal akin to what the EU has agreed on with Canada, albeit with fewer obligations. But EU diplomats insist Britain's geographic proximity warrants shared standards. So far, both sides have made no progress on this point.

Brussels, meanwhile, has indicated that unless progress is made in this context, talks might as well be ended altogether – although Barnier himself has not publicly said so. Instead, he has reiterated that his side will do everything in its power to strike a sensible and fair agreement until this end of the year. But he is also aware that "never has there been so little time to reach a deal."

It is being reported that the British side is cherry-picking the issues it wishes to negotiate. Apparently, it is chiefly interested in reaching a trade agreement for goods, yet has little interest in talks on a legal framework, fair economic standards, or fishing. This marks a return to the cherry-picking that already marred previous talks. Michel Barnier, meanwhile, stresses "we need progress on all issues" and that the bloc will not accept partial deals.

Barnier says any agreement must also encompass "a fair, long-term and sustainable deal on the fishing question." Without this, EU brokers have said, there simply will be no trade agreement. Although fishing contributes only a tiny fraction to both sides' gross national product (GNP), it is hugely politicized. The EU insists on access to British fishing grounds, while Britain wants sole control over them. But who will the British fishing industry sell their catch to, if not EU member states? Talks are getting nowhere on this issue either.

Barnier is also frustrated because the bloc has presented a comprehensive 350-page legal document for discussion, whereas Britain has only provided individual legal articles and has obliged negotiators to keep things confidential. This has made life difficult for Barnier, who has opted for total transparency by informing all EU governments about the state of negotiations, which has allowed him to keep everyone on board. 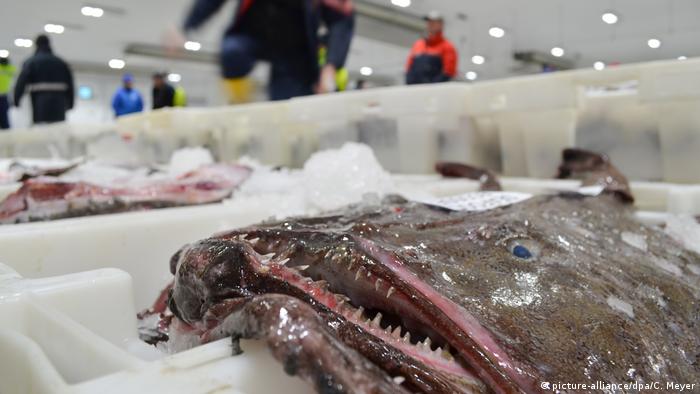 A different kettle of fish? The EU and the UK cannot agree on access to fishing grounds

Barnier has also bemoaned that Britain has not signaled whether it wants to stick to the Northern Ireland part of the exit agreement. Earlier this year, Johnson claimed there would be no border checks between Northern Ireland and the Irish Republic. But EU representatives have urged Britain to undertake preparations to conduct animal and food hygiene inspections along the frontier, so that goods can be brought into the Irish Republic, an EU member state, as of January 1, 2021. Barnier said preparations should not be postponed until November and that it was a matter of trust.

Indeed, there seems to be a lack of trust regarding democratic and human rights issues, too. Britain has only made vague promises in this context, whereas the EU is demanding concrete commitments as the foundation for judicial and security cooperation.

A governmental meeting is scheduled for June to assess whether sufficient progress has been made in talks. An application to extend the transition period would have to be submitted by late June. But only two rounds of talks remain until then, one in May and another three weeks later. Barnier has called for "tangible progress," yet with the state of negotiations so far, this looks rather unlikely. 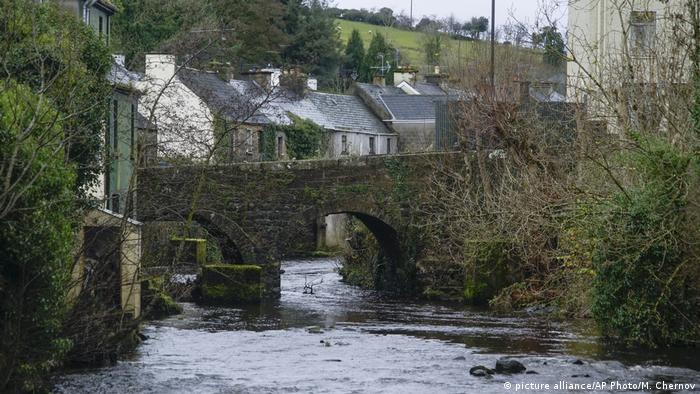 No progress has been made on the Irish border question

What is Britain's strategy?

While the British government vehemently rejects an extension of the transition period, little is known about its exit strategy. But Boris Johnson, who is still recovering from his coronavirus infection, is increasingly under pressure at home to ask for an extension. In Britain, even Brexit supporters have begun calling for more time to avoid crashing out of the EU without an agreement, especially as the coronavirus lockdown is already hitting the economy hard.

So far, however, Britain flat out refuses to adopt EU rules and legal norms. Right now, it looks like Johnson is going for a hard Brexit at the end of the year. He still has two months to change his mind, yet this will probably depend on just how much the British economy will contract, which will become clear once the coronavirus crisis subsides.

Brexit begins for real: As EU-UK talks start, what do both sides want?

Brexit got done. Or did it? This week, the EU and the UK begin talks on their future relationship. Both sides want a free trade agreement. So, a deal is easy then? Not quite, as Arthur Sullivan explains. (02.03.2020)

The British government has spent about 70% of the funds allocated to cover the cost of Brexit preparations. The money mostly went to cover staff costs, new infrastructure and gathering external expertise. (06.03.2020)