EU extends sanctions on Crimea for another year

The European Union has extended for a year sanctions on Crimea, which Russia illegally annexed from Ukraine in 2014. Next week the bloc is set to vote on extending sanctions on Russia. 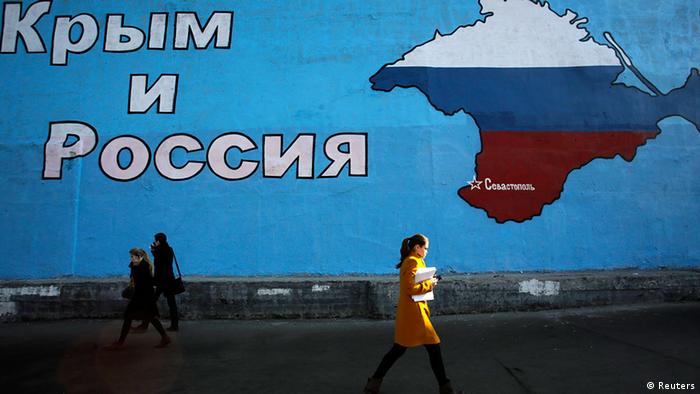 The EU decision extends sanctions on the annexed Crimean Peninsula until June 23, 2017.

The sanctions prohibit EU members from importing products from Crimea, investing in the region, cooperating on tourism and exporting certain goods and services. They parallel similar US sanctions designed to show a united front against Russia's annexation of sovereign Ukrainian territory.

Next week the EU is set to extend for another six months broader sanctions on Russia for its intervention in Ukraine.

Russian actions in Ukraine have created heightened tensions between Moscow and the West.

Russia responded with its own sanctions on meat, vegetable and dairy products from the European Union, a policy that has hit some member states harder than others.

Recently, divisions have emerged between the US and EU as some bloc members tire of the economic impact of sanctions and the seemingly fruitless attempt to isolate Russia.

In a sign that EU-Russia relations could thaw, European Commission President Jean-Claude Juncker became the highest-ranking EU official to visit Russia this week when he met with Russian President Vladimir Putin and attended an economic summit in St. Petersburg.

Juncker said on Thursday that while the EU must engage and talk with Russia, the bloc would not recognize Crimea's annexation as it had "shaken the very principles of European security."