The top EU court has shot down a 2018 Hungarian law that punished people who help asylum-seekers. It remains to be seen if the right-wing government in Budapest will implement the decision. 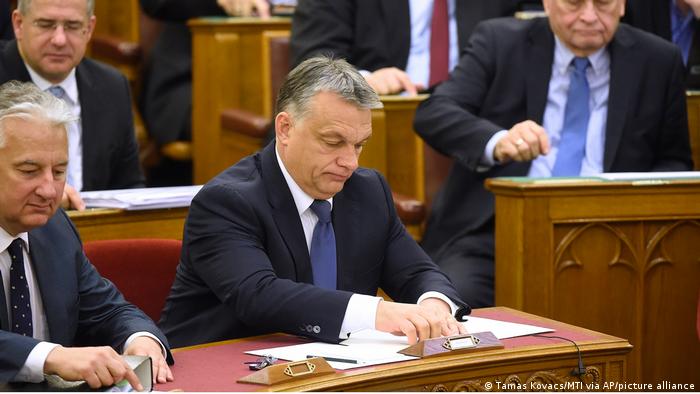 The European Court of Justice (ECJ) ruled on Tuesday that legislation passed in Hungary in 2018 threatening jail time for people who support asylum-seekers is in violation of EU law.

The law, which targeted migrant rights NGOs, was named "Stop Soros" — a reference to the Hungarian-born Holocaust survivor and US-based billionaire George Soros.

"Criminalizing such activities impinges on the exercise of the rights safeguarded by the EU legislature in respect of the assistance of applicants for international protection," the ECJ said in a statement.

The ruling bloc "infringed EU law" by threatening a sentence of up to a year in prison to people helping asylum-seekers.

Migrant rights groups welcomed the ruling. "From now on, we can again serve our clients without the threat of prison," co-chair of the Budapest-based Hungarian Helsinki Committee (HHC) Marta Pardavi told AFP.

She called on the country's far-right government, led by Viktor Orban, to "not sabotage the implementation" of the EU court's decision.

The court's ruling marks a victory for the European Commission against Orban's government on migration policies.

Last year, the ECJ was able to force Hungary to close border camps for migrants and refugees after the court ruled that they amounted to detention centers. But Budapest has ignored another ruling against indiscriminate and often violent deportation of asylum-seekers.

Hungary has formed an often united front with Poland against the European Union over questions of the rule of law, press freedom and migration policy.

Orban has repeatedly rejected the quota system for accepting refugees and has claimed that Hungary's policies are protecting the European Union from migration.

The ECJ also ruled against Poland on Tuesday over violations against the rule of law and the independence of the judiciary.