EU leaders will discuss the common security and defense strategy at a summit in December. Insiders expect little tangible outcome but say it will be a test for Europe's credibility as a global player. 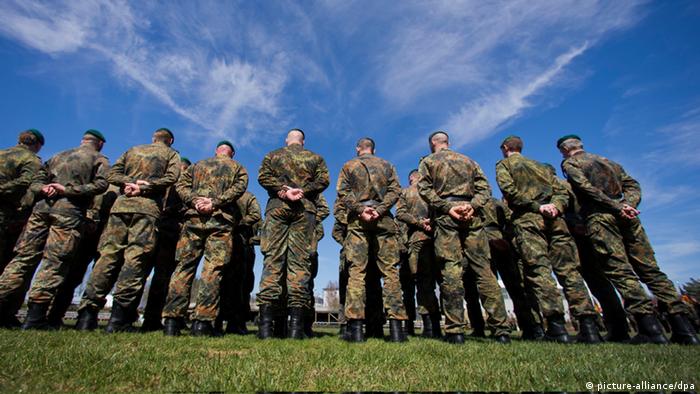 When the 28 heads of state and government of the European Union come together in December for their summit in Brussels, it will be the first time in five years that security and defense matters are discussed at the highest level in the EU. European leaders will focus on finding answers to strategic questions that concern the medium and long-term future, instead of putting out fires in emergency meetings on economic issues. 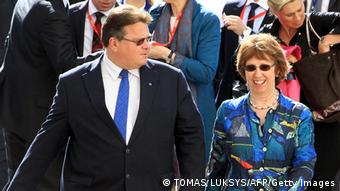 On Tuesday (19.11.2013), a defense ministers' meeting in Brussels is the last cornerstone in months of preparatory work that has been going on at many levels. It follows a joint meeting between defense and foreign ministers on Monday. "Expectations were initially very high," said security expert Jan Techau, the Director of Carnegie Europe, a Brussels-based think tank. "They've since been lowered, but everybody expects some substance to emerge from the summit because it would be a big disappointment if zero came out."

But for now, only the agenda's threefold cluster structure seems to be clear: "increasing the effectiveness, visibility and impact of the CSDP (Common Security and Defense Policy); enhancing the development of defense capabilities; and strengthening Europe's defense industry."

Just how difficult it seems to be for Europeans to literally join forces in terms of defense and security is demonstrated by the EU's battle group. Since 2007, the European Union has two battle groups with 1,500 soldiers each at the ready. Soldiers are sent by member states on a half-year rotation. Usually made up of multinational troops, the battle groups are intended to be the EU's quick intervention team and able to prepare the ground for long-term missions. But the battle groups have never been deployed. 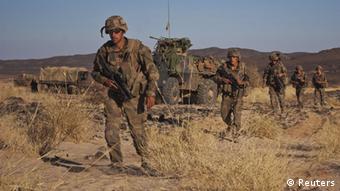 France went it alone in Mali.

That's not because of a lack of opportunities to defend European interests, in Europe itself or in neighboring countries, according to Olivia Cahuzac, a security expert with the research firm CEIS: "The EU battle group is an issue that keeps coming on the agenda. It would have been a good format to use in Mali. But there were political reasons for not using it."

The political decision-making process is considered a big stumbling block: once the EU's member states give their go-ahead for military action in a crisis, a crisis management concept is drafted. After the concept has been approved on EU level, every individual state has to agree to it within a period of five days. But decision-making processes differ from country to country in the EU: in Germany, for instance troop deployment has to be approved by parliament, the Bundestag. That procedure contains the risk of the right moment for military intervention having passed before approval can be given.

"The battle groups are essentially in a state of coma," Jan Techau told DW. "They never really took off in any substantial way. It's one of the ideas that regularly come up when the EU starts to get semi-serious about defense again: why don't we revive it? But so far nothing has happened."

That's largely due to the leadership problem within the EU says Jan Techau, "Europe's three biggest would-be players", i.e. Germany, France and Britain. Britain and France broadly share a general defense outlook. But, said Techau: "The Brits don't like it very much in the EU, whereas the French think that the EU is a good place to exercise it, and the Germans are generally reluctant on anything, whether within the EU, or within NATO, or outside." 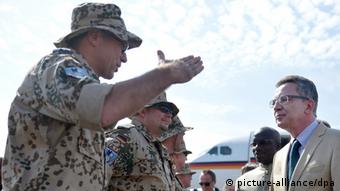 There is also the risk of an expensive double-structure, according to battle group critics, who have said on many occasions that the groups cover ground already addressed by NATO, especially for the NATO Response Force (NRF).

In April this year, German Defense Minister Thomas de Maiziere suggested not only using the troops for military missions, but also for "fast training missions" or on UN assignments to "observe, advice and assist." But that option seems to be off the table - not least because the EU already has a number of other training missions at its disposal. "You could use certain units by member states and put the label battle group on it," said Techau. "But whether that would change anything substantially in terms of a more unified defense effort in Europe is another question. I'd say probably not."

The EU itself has identified critical shortfalls in a number of other recent operations and plans to put them on the agenda at the December summit. Many of them are not new: The European Defence Agency (EDA), headed by the EU's High Representative of External Action, Catherine Ashton, and made up of all EU member states with the exception of Denmark, has long identified air-to-air refueling (AAR) as an area where more efforts are urgently needed. In a communication published in August 2012, the EDA stressed the potential of "AAR assets as a force multiplier, allowing more effective deployment of forces as well as more efficient use of expensive and scarce fighter aircraft within the theatre of operations." The ultimate objective is to establish a multinational fleet from 2019.

The EDA has identified two other areas as worth taking a closer look at: remotely piloted aircraft systems and cyber defense. The latter in particular requires European leaders to radically rethink, according to security experts, because the state can no longer act as a lone player. "80 or 90 percent of IT infrastructure in the world is run by private companies," said Jan Techau, therefore "IT defense and cyber security is impossible without the private sector in it. That changes the political dynamics of that topic significantly." While the US military absorbed that field into its realm early on, said Techau, "here in Europe, that question is still open."

Whether the summit in December will provide any tangible results is far from clear. But for Olivia Cahuzac there's still reason for optimism: "During the preparation there have been many papers from the European institutions, such as the Parliament, and from Lady Ashton's office - and I believe that's one of the achievements: People are talking about it. That's already a good start to then start focusing on specific issues in the next months."

Jan Techau believes the minimum outcome will be for European leaders to agree that defense matters should be discussed at the highest level regularly, in annual review sessions between the EU's heads of state and government. That, he says, would be a message to the United States and the rest of the world that Europe takes its own common defense strategy seriously and can therefore be taken seriously as a global player.

Back to the future in defense spending

Instead of paying for a new, largely untested missile system, Berlin should simply stick with the proven Patriot system, writes John Hulsman. Not only does this make financial sense, it’s the way of the future. (25.09.2013)

The EU justice commissioner thinks Europe needs its own central intelligence office, as a "counterweight" to the NSA. But the legal and political obstacles are significant, say experts, and would it even be worth it? (06.11.2013)

France plans to withdraw its last French-only regiment from Germany next year. The unit forms part of the post-war German-French Brigade which was long seen as the nucleus a potential European defense structure. (31.10.2013)

Germany forces hand over command of Kunduz camp to Afghans

Bundeswehr troops have officially handed over command of their base at Kunduz in northern Afghanistan to local security forces. Germany’s outgoing defense and foreign ministers attended the ceremony. (06.10.2013)