The EU justice commissioner thinks Europe needs its own central intelligence office, as a "counterweight" to the NSA. But the legal and political obstacles are significant, say experts, and would it even be worth it? 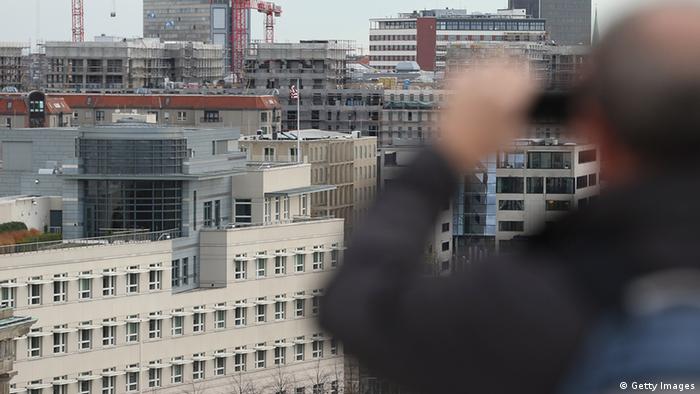 Viviane Reding, the European Union's justice commissioner, was in combative mood when she spoke to Greek newspaper Naftemporiki on Monday (04.11.2013). Asked to comment on Edward Snowden's revelations about the US National Security Agency's activities - particularly the mass surveillance of EU citizens' data - Reding suggested it was time Europe pushed back: "What we need is to strengthen Europe in this field, so we can level the playing field with our US partners."

Reding went on to make a concrete proposal: "I would therefore wish to use this occasion to negotiate an agreement on stronger secret service co-operation among the EU member states - so that we can speak with a strong common voice to the US," she said. "The NSA needs a counterweight. My long-term proposal would therefore be to set up a European Intelligence Service by 2020."

There was obviously a political point in the notion as much as a practical one - perhaps a rhetorical exercise to assert European power. One EU official assured the EUobserver website that Reding had spoken off the cuff, and had not yet discussed her idea with fellow commissioners. 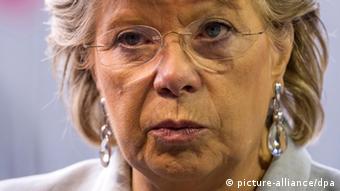 Viviane Reding thinks its time to 'level the playing field'

Reding's partially-veiled anger is understandable, given that the NSA allegedly spied on several EU leaders, EU offices both in Brussels and elsewhere, and on EU citizens. "There is a perception among European bureaucracy that Europe is at a disadvantage," said Nigel Inkster, director of transnational threats and political risk at the International Institute for Strategic Studies, and a former British Secret Intelligence Service official. "So when Europe wants to exercise leverage over America on issues of this kind it can't do so through the same mechanism. It's only option is to do so through legislation around issues like data protection."

The proposal for a European intelligence agency is not new. The idea was first mooted after the Madrid train bombings in 2004, when the governments of Austria and Belgium called for an EU-wide agency to pool counter-terrorist intelligence. That idea was duly cold-shouldered by France, Germany, and the UK - partly because of the daunting political problems involved.

For one thing, it would require a comprehensive revision of the Lisbon Treaty, which currently says clearly that security is a national concern. "At the end of the day, intelligence collection is almost the supreme expression of national sovereignty," said Inkster. "It is quintessentially national in its purpose and intent."

There are plenty of reasons why major European countries would not want to share information with their smaller neighbors, pointed out Paul Schulte, former defense official in the British government and senior associate with the Carnegie Endowment for International Peace. "Who would agree to have their national information-flow fed into some multi-national pool?" he told DW. "Would they be able to keep agents, would they be able to keep budgetary appropriations? You get free-rider problems immediately." 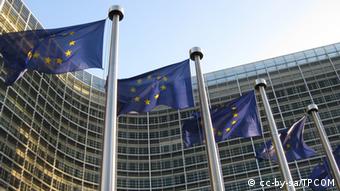 EU offices in Brussels were also targeted by the NSA

Schulte also suggested that the perennial problems hanging over intelligence and national security issues - dealing with parliamentary oversight, the threat of leaks - would only be complicated by keeping a centralized office. "That's a nightmare of intelligence officials - every time you share something, you risk its usefulness being devalued, because the message gets out that you know this," said Schulte. "So you have to think about the pretty hideous problems of credibly maintaining confidentiality amongst 28 member states - some of which may not have the highest standards of counterintelligence and internal security."

If it's not broken…

Europe already maintains some central information-sharing organizations. The EU Intelligence Analysis Centre (EU INTCEN) provides intelligence analysis to EU High Representative Catherine Ashton and to the European External Action Service, while counter-terrorism specialists meet regularly within the EU Council's working group CP931. On top of that, there are bilateral intelligence-sharing forums outside the EU structure, such as the Club de Berne, an organization within which the EU's 28 members share their secrets voluntarily.

Other international organizations operate by the same loose principles. "We've got this in NATO - everyone gets some information, but there are a great many things held back by individual governments or shared only on an inner-circle basis," said Schulte. "If you try and formalize this, and say this must be EU-wide, it's not going to happen - there will be some formal acknowledgement, and some cosmetic high-profile sharing, but the real crown jewels are still going to be jealously guarded."

"For it to constitute an improvement, you'd have to have a lot more harmonization of a lot of arrangements within Europe, including different legal systems," said Inkster. "A European intelligence service, if one were to be established, would necessarily take time to bed down and develop anything like the capabilities that already exist."

Despite all the public outrage over the surveillance of Angela Merkel, Berlin actually might be less interested in curbing US intelligence activities than eventually joining the elite Anglo-American spy club. (04.11.2013)