Germany seeks admission to spooks′ club | World | Breaking news and perspectives from around the globe | DW | 04.11.2013

Despite all the public outrage over the surveillance of Angela Merkel, Berlin actually might be less interested in curbing US intelligence activities than eventually joining the elite Anglo-American spy club. 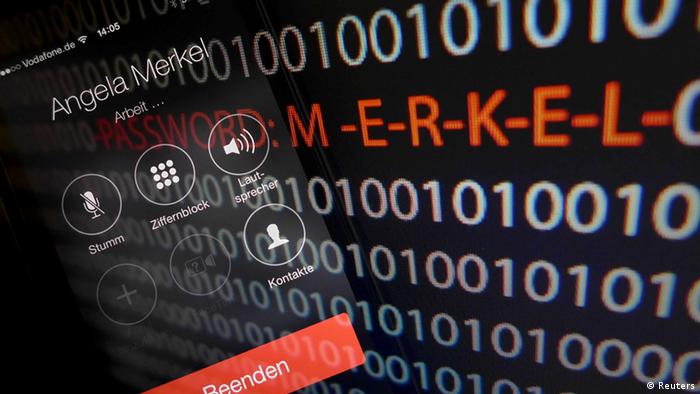 In August, two months after President Barack Obama's first official visit and weeks before the country's federal election, when revelations and public anger over alleged mass spying activities on Germany by the NSA refused to die down, Berlin hatched a plan to mitigate the fallout.

Chancellor Angela Merkel's chief of staff and point man for intelligence matters, Ronald Pofalla, floated the idea on August 12. Germany would simply strike a no-spy deal with the US, he told reporters, adding that American and British intelligence services had assured him in writing that they had not violated German law. Summing it all up, Pofalla, called the proposed no-spy agreement a unique opportunity to set common standards for Western intelligence services and declared the NSA spying affair case over.

Three months later the NSA case is anything but closed. Instead it has finally reached Chancellor Merkel herself. The planned no-spy agreement according to media reports is also alive as well and expected to be finalized in early 2014. 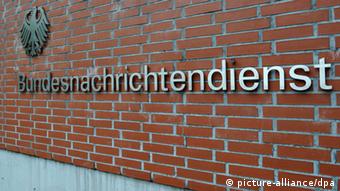 German intelligence services would benefit from a deal

While details of the proposed anti-espionage deal are unclear - top German intelligence officials are currently in Washington to discuss them - after 9/11 it is unrealistic to expect that US services will simply cease all surveillance activities in Germany. Instead it is much more likely that Berlin and Washington will look at a decades-old no spy agreement as a blueprint for a German-American anti-spy deal: the so called Five Eyes alliance.

From what is known publicly the Five Eyes members generally do not spy on each other and when they do they act only with the consent or knowledge of the partners. From a German government perspective this could be a workable option. Berlin could assuage domestic public sentiment by claiming to have pressed the US to stop spying on Germans or to only do so under special circumstances with German approval. If the agreement applied only to German or EU citizens, nationals of other countries could still be targeted.

But regardless of the specifics of the planned no-spy deal, if it is anything like the Five Eyes agreement then it is at least as much about collective and shared spying than about not spying at each other.

In fact, argue US-based analysts, joining Five Eyes - and not curbing America's spy activities - is actually what Berlin is really after. "The public face is mostly a mirage to appease the German domestic scene," John Schindler, professor of National Security Affairs at the US Naval War College and a former NSA intelligence expert, told DW via e-mail.

Chancellor Merkel is someone who recognizes the dangers of surveillance, but also thinks that it would be good for states to have much of this information to work together, says Henry Farrell, an associate professor of political science and international affairs at George Washington University. "So I think Merkel's ideal coming from this would be a deal in which Germany gets admitted to this Five Eyes club which would allow for much greater degree of access by Germany to US and UK intelligence and it would also mean that UK and US intelligence couldn't spy on her." 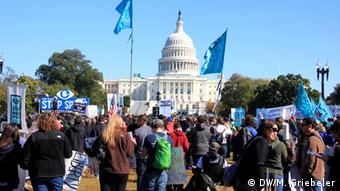 Pressure against surveillance is increasing in the US

From the vantage point of German intelligence services closer cooperation with the US or even full membership in Five Eyes would be a good deal. "BND (Gemany's foreign intelligence agency - the ed.) and BfV (Germany's domestic intelligence agency - the ed.) are already deeply dependent on US intelligence," says Schindler who notes that US services as a practical matter would have little to gain from a no-spy pact with Berlin. But with public anger increasing not just abroad, but also in the US, Washington may be ready to sign a deal to lower the political pressure.

"I could see how the German government would want access to the kind of information the so-called Five Eyes countries had been able to develop with their massive spying on citizens of countries all over the world," says Barry Eisler, a former CIA operative. He could imagine German admission to the intelligence alliance as some sort of "quid pro quo, explicit or implicit for a public expression that we are friends again."

However, Berlin's full membership into Five Eyes would not only require US approval, but also that of Britain, Washington's key partner in the alliance. "I think it is unlikely that Washington, or London, want to expand Five Eyes to fully include Germany (or France)," says Schindler.

What's more, it would be politically very difficult for Berlin at this point to argue for accession to the world's biggest spying club while condemning its surveillance practices at the same time. It is hardly a coincidence that in all of their public statements German government officials have focused almost exclusively on the US and ignored Five Eyes.

For Berlin a no-spy deal with the US is politically more palpable domestically and easier to pull off quickly than with the full alliance, while reaping most of the benefits anyway. Once a pact with Washington is done, full membership in Five Eyes could be a next step. 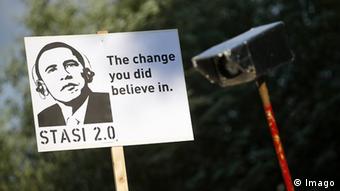 Still, any deal currently in the works with the US ultimately requires the approval not just of Merkel and her party and a potential grand coalition, but of many other players and the German public.

"So at the end of the day I think a lot depends on how capable people are who truly care about these things, including data protection commissioners and the Länder (Germany's states - the ed.) including various privacy advocates including politicians in the SPD (Social Democrats - the ed.) and Green Party, how successful they are at boxing Merkel in a bit so that she is obliged to negotiate a stronger position even if this isn't necessarily something that accords with her own opinion," says Farrell.

Nicole Goebel contributed to this report.

Germany's foreign intelligence agency has confirmed it swaps information with European counterparts that carry out mass surveillance. However, it denied that it was working with the British to change and circumvent laws. (02.11.2013)

Calls for Snowden to testify in Germany met with skepticism

Members of Chancellor Merkel’s center-right Christian Democrats have expressed openness to receiving testimony from Edward Snowden. But they are skeptical that the US whistle-blower can travel to Germany. (02.11.2013)