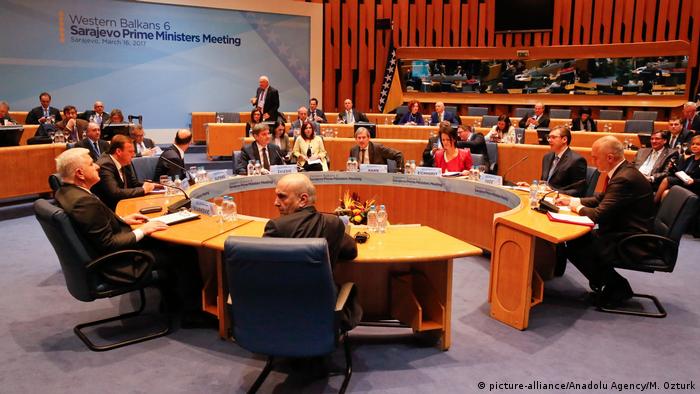 This week's meeting of Western Balkan leaders in Sarajevo

DW: The process of democratization in the Western Balkans is slowing down, the economic upswing is slow, and recently interstate and interethnic tensions have been increasing. The European Union is committed to the Berlin Process of EU enlargement. At a meeting in Sarajevo on Thursday of the six leaders of the region, you proposed the building of a common market for the Western Balkans. Is this the right way to relieve tension and alienation?

Johannes Hahn: Yes, it is the right means. The whole Berlin Process follows the idea of ​​the European process. The European Union has led to a lasting peace on this continent. And the only area where this peace has not yet been fully established in Europe is the Balkans. The Berlin Process follows the founding principle of the EU: avoiding conflict through intensive cooperation. This leads to an intensified interdependence. And if I now have a common market, then I am able to precisely pursue the [core EU] objectives: first of all to contribute to pacification, and to concurrently prepare for European integration. It has short- and long-term prospects.

Does the model feed the idea of a "Europe of different speeds," in that the Western Balkans would then be arranged with a special status?

I personally am an opponent of a Europe of two or more speeds. If this is solidified, it becomes difficult to dissolve. And that is why I am more inclined to make sure that those who are behind catch up. Apart from this, we already know the form of enhanced cooperation. This may be more useful in some cases, but I would caution against institutionalizing such things. 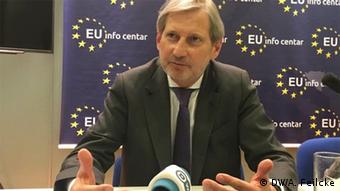 Economic cooperation is one thing. But the EU is also a community of values. There are still considerable deficits in the Western Balkans. These criticisms are aimed in particular at leading politicians.

It is true that in many countries we have politicians who have been around for many years, and that for various reasons it is difficult for them to change. But they all want to keep going as far as I can see. And they understand that they have to change if they want to be re-elected. In the face of a situation in which we have young, dynamic people who are leaving, a high unemployment rate, an even higher youth unemployment rate and frustrated people, the politicians understand that they need to change things so they can continue to enjoy people's support.

Do you think that change is possible without changing elites?

I've just talked to young people, and I told them: "You must get involved politically too!" Because if you do not engage, then others will. And then others make the choices that concern you. I think things are beginning to fracture amongst young people, and many of them are beginning to understand that it's fruitless to get involved within traditional structures, so they create something new. And that's what I count on, and we support that. 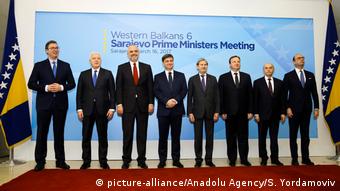 The heads of government of the Western Balkan nations agree on one thing: their wish for accession to the EU

Russian influence is increasingly noticeable in many areas, and Turkey is also active, whereas the attractiveness of the EU is decreasing.

In Serbia, polls show 52 percent of people want to join the European Union and around 75 percent in the other countries. In Albania, though, the figure is 90 percent. So in this respect we must also be more self-assured, which of course does not mean that we should not be self-critical. Our problem is that we emerge as an entity that poses conditions. And if one places conditions and calls for reforms, this is not always comfortable. That is why initiatives such as the common market or the doubling of the budget for Erasmus scholarships are also appropriate. All of this is aimed at getting people to recognize the added value.

How do you explain the need for your involvement on behalf of the Western Balkans in the EU?

We in Europe must understand that the Balkans are still a region of instability with a comparatively high risk of something happening. And when something happens - which we experienced 20 years ago - there is a considerable migration wave. And then there is no filter. How can you close the "Balkan route" when it starts from there? They aren't a long way away from Europe. This is the negative. The positive is that this is a growth region that has considerable potential. And working with this market is good for jobs at home. We as the EU have an interest in stability in our immediate neighborhood. This can be summarized with a simple sentence: Either I export stability, or I import instability. This begins in the Balkans and applies to the eastern and southern neighborhoods.

The interview was conducted by Adelheid Feilcke.