How to deal with democracy in crisis in Southeast Europe

New forms of authoritarian leadership, nationalist ideology and neoliberal economic policy are spreading across the Balkans. The EU could be an important corrective - but leaders meeting in Brussels must remain engaged. 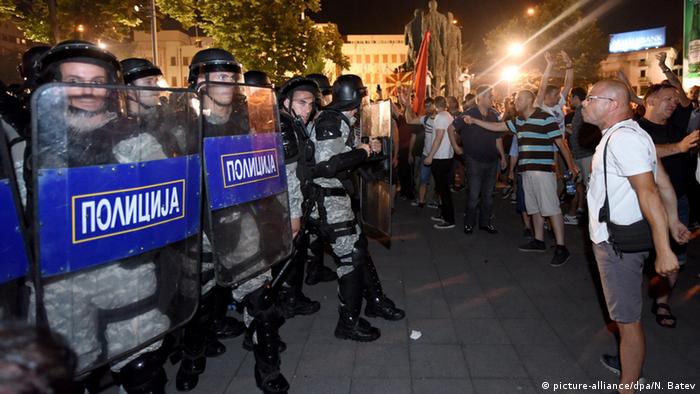 Many of the crisis symptoms that European democracy is currently experiencing have been growing for a long time and have anchored themselves in countries in the southeast of the continent: The democratic crisis in Southeast Europe is clear for all to see, and the "idea of liberal democratic consensus no longer exists," Florian Bieber from the Center for Southeast European Studies at the University of Graz in Austria told Deutsche Welle.

Yet the crisis is not a result of an acute depression, emphasizes Michael Hein, a professor at Berlin's Humboldt University, but rather, has grown out of a long, negative process. Hein analyzed and evaluated a number of statistics and indicators that measure various developmental, legal and social parameters. They show the same tendencies across the board: All of the countries of Southeast Europe, with the exception of Kosovo, and regardless of whether they are EU member states or not, have exhibited a constant downward trend over the last ten years.

This pertains to objectively measurable declines, but also to subjective parameters, such as citizens' faith in political and social institutions, which show the same downward tendency.

In nations that are not members of the European Union, or others - like Croatia - who are new to the EU, the democratic crisis is closely tied to more fundamental crises of orientation and values. In moments of uncertainty, strong leaders offer hope - most often with simple messages gleaned from national history. Bieber says that nationalism welds people together under the leadership of democratically elected but authoritarian leaders. 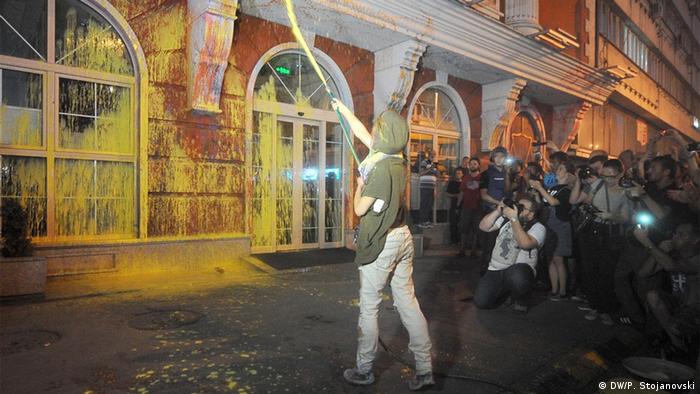 New form of rule in the Balkans

Vedran Dzihic, a political scientist from Vienna, says that this has aided the spread of a new form of rule in the Western Balkans: One that combines authoritarian leadership, nationalist ideology and neoliberal economic policy. Politicians that govern in this way exhibit an "incredibly pragmatic use of power," much like role models such as Turkish President Recep Tayyip Erdogan.

Democracy is simply a means to an end for them, but it is not the goal. Such leaders use democratic instruments in order to cancel the power of those very instruments.

In this way, Serbian Prime Minister Aleksandar Vucic could be seen as the prototype of a politician acting in "messianic and narcissist" fashion. Such leaders suggest to voters that crises can only be solved by a strong leader, says Dzihic. 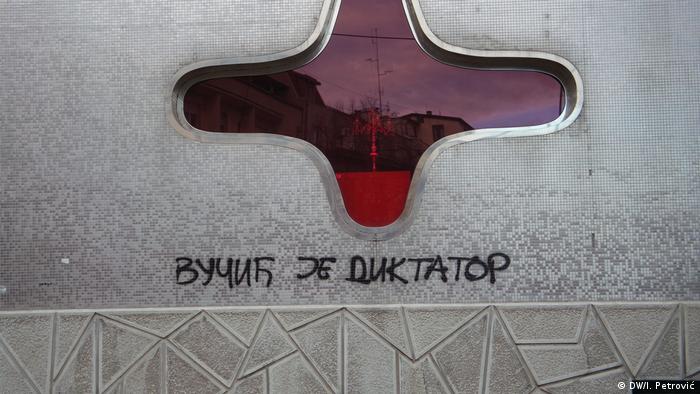 'Vucic is a dictator' reads the graffiti in Belgrade

Democratic institutions are rendered practically powerless in such instances, and the system only works because the country is repeatedly said to be in a constant state of national crisis. The same applies to economic policies in which the people are baited by politicians' "I can do it, I can fix this" rhetoric, which promises that everyone will benefit from a supposed economic upswing. In reality, only a small number of people within a leader's inner circle profit politically and economically.

The EU has to stay engaged

Dzihic is nevertheless convinced that there are ways to break through this negative trend, as well as through autocratic structures. He says it is important that people defend themselves against obvious injustices. Recent mass protests in Romania showed how an awakened civil society can force a government to return to its principles of the rule of law. Dzihic is calling for more "alliances between free and democratic forces." He says that courage and constructive forms of civil protest are also needed to fight the increasing concentration of media control in the hands of the political elite.

Natasha Wunsch, a political scientist from Zurich, sees the support of civil society and independent media as another possible route to breaking through antidemocratic tendencies. "Setbacks in democratization and fatigue from EU expansion fuel one another," she told DW. The concept of integration through democratization has become obsolete because Europeanization and democratization have been decoupled from one another.

The EU must speak out sternly against democratic breaches while at the same time establishing mechanisms that promote democracy and civil society. Wunsch says that a more positive overall image of democratic progress and European integration could be furthered through exchange and education programs. Experts are unanimous in their opinion that two areas, above all, need special attention: the rule of law and freedom of the press.

It is in these two areas that the most alarmingly negative developments are to be seen. And it is here that quick and decisive measures must be formulated and positive steps to foster them be taken. Otherwise, the countries of Southeast Europe will drift ever farther from the community of shared European values, and with that, their EU membership will fade into the distance, forever beyond their reach.