Serbian government trolls in the battle for the internet | Europe | News and current affairs from around the continent | DW | 05.01.2017

Serbian government trolls in the battle for the internet

Serbia's governing party has a small, well-organized army to troll the internet on its behalf. It creates a parallel reality where everything in Serbia is great, and critics are simply enemies of the state. 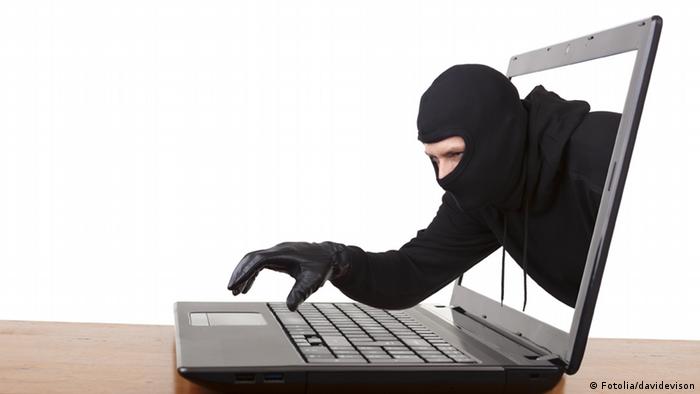 The fortress - that's what Marija (not her real name) calls her former employer. She was hired to work as a troll for the Serbian Progressive Party which, under Prime Minister Aleksandar Vucic, is taking an increasingly autocratic approach to government across all levels. There have long been rumors about a secret army of trolls who try to appear as normal citizens on internet forums and social networks, but whose job it is to praise the government and condemn those who think differently. "It was hard for me to do this, to fabricate these various affairs even though I knew it was all a pack of lies," Marija told the Serbian edition of Newsweek on condition of anonymity.

She is one of a very few to have ever spoken publicly about her job as a troll. Today, Marija lives abroad, somewhere where the long arm of Serbian power can't reach her. Perhaps the most shocking aspect of her story is the level of organization. There are contingents of trolls across several cities, in hidden offices. The work is done in shifts, and there are supervisors who monitor everything. And there's money. "Officially, we were all employed as civil servants in public administrations," she said. Pay rates start at 370 euros - the average monthly income in this relatively poor Balkan country. "For me, trolling was a means of survival. I couldn't find a proper job; it was my only source of income."

Vucic and his Progressive Party came to power five years ago and since then have had nothing but landslide victories. Having worked in Belgrade in the 1990s, Vucic has ample experience with propaganda and censorship. During the last years of the Milosevic regime at the height of the Kosovo war, Vucic, a hawkish nationalist, was serving as information minister - a highly euphemistic post, given that his work consisted mainly of spreading propaganda. Making his comeback with his new party, he presented himself as a pro-European and a changed man, prepared to work day and night for his people. He has worked tirelessly to implement the reforms demanded by the EU, and usher in dialogue with the former southern province of Kosovo. Brussels sees Vucic as a prototype Balkan leader who, more than anything, can deliver. 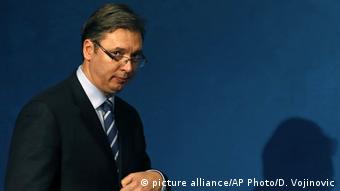 But his critics at home accuse him of having an authoritarian governing style, of handing out jobs to his cronies, and of having almost total control of the media. Indeed, one of the keys to his lasting popularity are the TV channels with nationwide reception, says Mihailo Tesic. According to the Belgrade marketing expert and blogger, the average Serb watches five hours of television per day - making them world leaders in this respect. And the most significant broadcasters toe the government line. Only around half the population uses the internet on a regular basis, while just a quarter go online to keep abreast of the news, a study by the think tank "New Serbian Political Thought"  has shown.

"For the government, the internet's use as a channel for communication is as important as the size of their army of trolls," Tesic told DW. Political opponents and dissidents have long since understood what's going on and even ridiculed it. The army is mainly used to comment on texts published on portals with a high volume of traffic. "That's where the trolls try to create the impression that the citizens all support the government's policies, and that the opponents should just give up," said Tesic.

Fighting back against the trolls

No one knows the troll scene in Serbia better than Twitter user AstroG. She never seems to take a break from reporting online "from the troll front" and revealing the fake accounts. She doesn't want to risk revealing her true identity. In correspondence with DW, she says the government's troll army consists of a few hundred people who use thousands of identities. "The trolls receive daily orders: Who are the main enemies today, and how should we attack them? Who are the heroes who should be celebrated? What should be covered up and what should be shouted from the rooftops? They're divided up into groups; some are tasked with the comment sections on portals, and others work mainly on Facebook and Twitter." 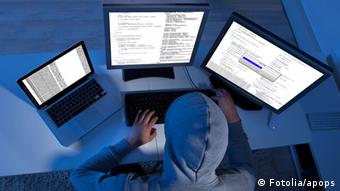 In this way, the trolls are able to deceive those who are not well informed, and especially, to set the agenda. One of the biggest campaigns in recent months was directed at the initiative known as "Don't Flood Belgrade!" which has been organizing protests against a controversial construction project on the banks of the Sava river in Belgrade. Trolls have been describing the activists, opposition and critical journalists as "Western operatives" intent on disrupting the peace and paving the way for a coup. "You shouldn't even bother to ask whether what the trolls are saying is true or not, because that doesn't matter to them. Rather, it's important to try and understand what information they're putting out there, and at what time," said AstroG.

The few insiders who've spoken about the trolling operations have said that internally, the teams of trolls regulate their activities like a game. There are several platforms where the shift leaders hand out the commands, and where the trolls can then enter how many comments, likes, or tweets they've left behind. They are then ranked according to a points system. Their place in the hierarchy - as well as their salary - depends on this ranking. Despite this, most of the troll comments are not very subtle. An especially popular, universally useful example: "Congratulations, Vucic." Such a simple job could ostensibly be done by bots - programs that try to imitate human activity on the internet. But they're just not sophisticated enough to write properly in Serbian.

The Belgrade-based foundation SHARE, which is dedicated to researching new media, has tried to document the effects of creating this parallel reality. In recent years, researchers have noted hundreds of insults, threats, and lies on social networks. The most interesting cases are those where people have lost their jobs after posting something critical about the government.  "We used to believe that social networks could become part of the foundation for democracy, that they would free people from any monopolies on information. But that assumption was wrong," Dorde Krivokapic, the foundation's director, told DW. "If we don't have freedom in the real world, then we won't have any in the digital world either."

Opinion: Bots, trolls and populists fighting in the war of information 2.0

Language creates reality. Authoritarian regimes and populists across the political spectrum know that. In 2017, Germany stands on the brink of a radical change in the way the public realm works, says DW's Ute Schaeffer. (24.12.2016)

Death threats against German parliamentarians on social media in Turkey are raising concerns. Experts looking at threats and hate speech in Turkey say this mob mentality is part of the dominant political culture. (07.06.2016)

Dictators in Africa using social media to cling to power 09.01.2022

Uganda's President Yoweri Museveni is suspected of using fake social media accounts to consolidate his power. He wouldn't be the only one in Africa. Is social media becoming a threat to democracy on the continent?