The EU's executive has unveiled plans to resettle at least 50,000 refugees, focusing on people from northern Africa, to bypass smugglers. Europe is struggling to distribute thousands of migrants already in the bloc. 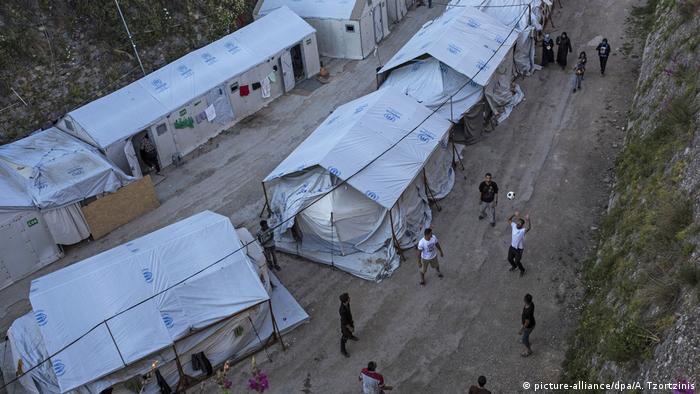 The plan announced by the European Commission, the EU's executive arm, on Wednesday involved setting aside 500 million euros ($587 million) for the resettlement effort.

It would involve bringing at least 50,000 people considered the most vulnerable and in need of protection directly to Europe over the next two years. The focus should be on people in North Africa and the Horn of Africa, the commission said, mentioning Libya, Egypt, Niger, Sudan, Chad and Ethiopia. Libya is the main departure point for people making dangerous journeys across the Mediterranean in smugglers' boats to reach Europe.

"Europe has to show that it is ready to share responsibility with third countries, notably in Africa. People who are in genuine need of protection should not risk their lives or depend on smugglers," EU Migration Commissioner Dimitris Avramopoulos told media in Brussels.

The EU has already resettled 23,000 people, mainly from refugee camps in Turkey and the Middle East, under previous resettlement schemes.

The move is part of the EU's effort to cope with an ongoing migration crisis which has seen more than a million refugees and unauthorized migrants enter the bloc over the past two years and threatened European solidarity. The recommendations from Brussels are not legally binding on member states, which are individually responsible for deciding on resettlement numbers.

The commission also wanted to establish pilot projects with economic migrants' countries of origin to enable them to journey legally to the EU, with the caveat that it would focus on countries which were cooperating and taking back rejected asylum seekers.

European countries have struggled to agree on and implement migration policies as well as deals to distribute asylum seekers who arrive at EU border countries across the bloc.

A quota scheme, which was supposed to ease pressure on Italy and Greece, saw 29,000 people relocated to other EU member states, out of a planned 160,000.

This year alone, more than 100,000 people have arrived in Italy via the central Mediterranean route and more than 2,600 people have been killed or gone missing attempting the sea crossing. Collaborating with Libya has resulted in a drastic drop in the number of Mediterranean crossings in recent months, but desperate and often deadly border-crossing attempts by migrants at sea and on land remain a near-daily occurrence.

Coupled with the resettlement and legal migration measures, the EU commission also proposed initiatives to more quickly return rejected asylum seekers to their home countries. The return rate remained "unsatisfactory," the commission said, with just over one-third of those deemed ineligible actually sent back in 2014-2015. About 1.5 million people in this situation were in the bloc.

"We have to be clear and brutally honest, people who have no right to stay in Europe must be returned," Avramopoulos said.

The European Commission's initiatives were intended as a midterm review of the far-reaching European Agenda on Migration, which was proposed in May 2015.

Separately, Brussels on Wednesday also released plans to allow countries in the Schengen free movement area to reintroduce border controls for security reasons for up to three years during a crisis.

Thousands of people have died in the Mediterranean Sea while seeking more sustainable living conditions in Europe. Despite various efforts by African and EU governments to curb migration, little has changed for refugees. (03.06.2017)

Inside Europe: Legal setback for Hungary and Slovakia