The European Commission has confirmed that Jean-Claude Juncker wrote to Vladimir Putin this week. Juncker is reportedly seeking closer trade ties between the 28-nation EU and an economic bloc led by Russia. 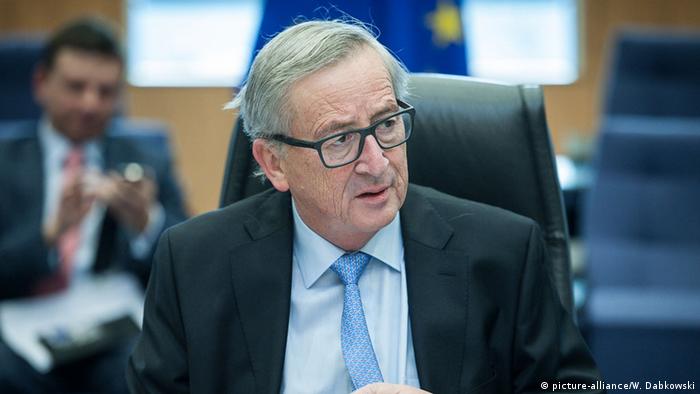 Juncker reportedly told Putin that he had asked Commission officials to study options to bring the EU closer to the Eurasian Economic Union: a newly formed trade bloc led by Russia in cooperation with Armenia, Belarus, Kazakhstan and Kyrgyzstan. The European Commission president apparently wrote the letter after last weekend's summit of the Group of 20 wealthy nations in Turkey.

Juncker reportedly sought improved relations between the European Union and Russia, "which to my regret have not been able to develop over the past year."

Russia seized Ukraine's Crimean Peninsula last year following the ouster of pro-Kremlin President Viktor Yanukovych and the country's political cozying with the EU. The European Union has imposed successive waves of sanctions against Russians over the annexation of the Black Sea peninsula and the country's alleged support for separatist rebels. A hard-negotiated ceasefire in Minsk, the capital of Belarus, has mostly led to an end to the fighting, but not all the conditions have been fulfilled yet.

France and other members want Russia to fight the "Islamic State" and negotiate with Syrian President Bashar al-Assad after last week's attacks in Paris.

Leaders of more recent EU members in the Baltics and Central and Eastern Europe worry that Russia could go unpunished for meddling in Ukraine. Many countries spent decades of the 20th century under Russia's de facto control, and the Kremlin's destabilization of a former Soviet state has brought back bad memories. Juncker's letter has lent credence to concerns that Russia could go unpunished should the country commit to joint military action in the Middle East.

Lithuanian Foreign Minister Linas Linkevicius said the letter had surprised him, adding that it did not reflect a common view of EU member states and made no reference to sanctions against Russia over its annexation of Crimea and the destabilization of eastern Ukraine. "I would prefer an improvement of the situation in Ukraine, but all indications at the moment show that the Minsk agreements are not kept," Linkevicius told Reuters. "And our agreement is that in such case we will extend sanctions."

Juncker caused controversy at an event in Germany in October when he said that the EU must improve its relationship with Russia and should not let the United States influence policy. "We must make efforts towards a practical relationship with Russia," he said on October 8 in Passau. "It's not sexy, but that must be the case. We can't go on like this."