Developments in Hong Kong have called "into question" the EU's relationship with China "based on mutual respect and trust," the EU's foreign policy chief has said. But the bloc is ready for an "honest dialogue." 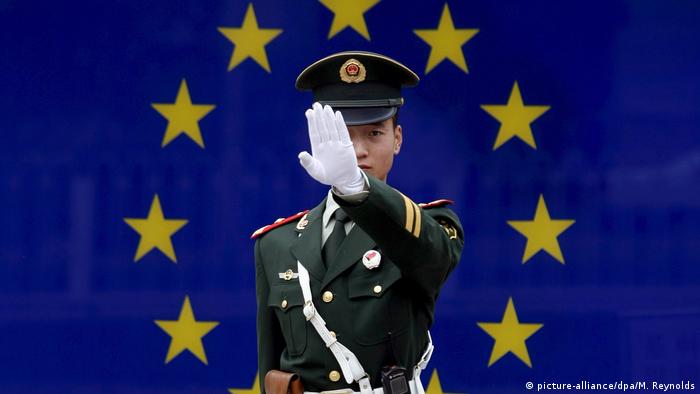 German Foreign Minister Heiko Maas touted an open dialogue with China, ahead of a conference between European Union foreign ministers on Friday.

Maas told reporters that the best way to influence China on the Hong Kong dispute was for the EU to stand united in its response and to maintain dialogue with Beijing.

"I think the past has shown that it is, above all, important to have a dialogue with China in which the EU very cohesively brings both its issues and principles to the fore, and then we will see where this dialogue leads," he said.

Maas also said that Hong Kong's high degree of autonomy "must not be undermined." Unlike the United States, however, the EU has not yet planned any sanctions on China.

The leaders discussed a long-term strategy towards China in a video conference on Friday, against the backdrop of recent developments and flaring tensions in Hong Kong.

"Member states have expressed a clear common position on this [events in Hong Kong] reflected in a formal statement. This statement expresses our grave concern over the steps taken by China on May 28," EU Foreign Affairs Commissioner Josep Borrell told a press conference following the meeting. "We believe this undermines the high degree of autonomy of Hong Kong," he said.

"We want to stress that our relationship with China is based on mutual respect and trust. But this decision calls this into question," he added.

But despite additional "pressure on the Chinese authorities," Borrell said there was currently no plan for sanctions on either Beijing or Hong Kong.

He also touched on key issues such as climate change, of which China contributes "a little bit less than 30% of world emissions."

"So it is impossible to solve this problem without a strong relationship," he said. "We are ready to have an open and honest dialogue with China."

The law, aimed at quelling protests that have rocked the city over the past year, bans  "any acts or activities" that endanger China's national security, including subversion, separatism and terrorism.

The meeting had initially been scheduled to focus on China, regardless of the events in Hong Kong, in light of two upcoming meetings with Beijing this year. One of those meetings is set to take place in Leipzig in September, and will see the agreement of an investment protection agreement.

Aside from Hong Kong, ministers also discussed China's commitments to agreements made in March 2019, and the country's approach towards international investors. The EU believes China "changes the rules in the middle of a match" and has not promoted a "level playing field" in terms of adherence to the rule of law.

The EU Council also adopted conclusions on the Afghanistan peace process, calling for a ceasefire amid the coronavirus pandemic, and urging the Taliban to begin intra-Afghan negotiations "on the basis of the sufficient number of prisoners already released."