The European Union promised 10 million euros in aid to Bosnia and Herzegovina. The funds are earmarked to build new reception centers and support the more than 7,000 migrants currently based in the Balkan state. 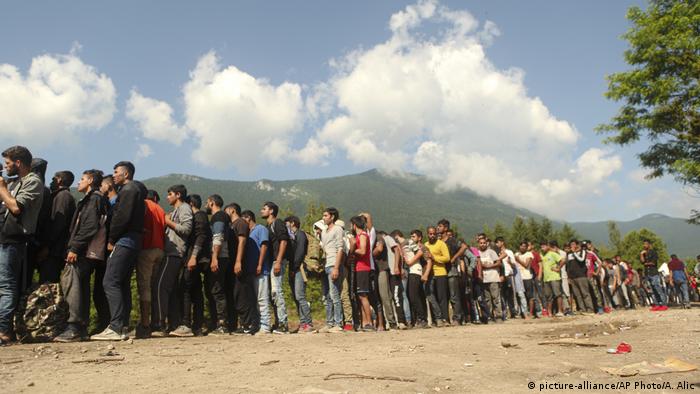 Migrants and refugees wait in line to receive supplies from the Red Cross at the Vucijak camp outside Bihac, Bosnia.

The European Union promised 10 million euros of additional aid to support Bosnia and Herzegovina in managing the influx of migrants crossing its territory to reach Western Europe.

The new funding brings the total EU funding for migration in the country to 34 million euros since the beginning of 2018, according to an EU statement.

The funds will be used to build new reception centers and to bolster other services, including "food and accommodation, access to water sanitation and hygiene" to the roughly 7,400 migrants currently residing in the Balkan state, the EU delegation said in a statement.

Since 2018 Bosnia has become a key transit country on the Balkan route, which channels migrants to the border with Croatia, an EU member state. 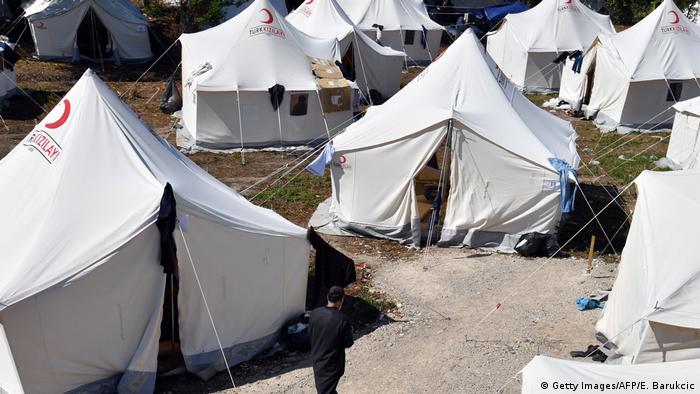 While most migrants passing through continue their journey westward, due to pushbacks from the Croatian police, many remain stranded in Bosnia for long periods.

The roughly 36,000 migrants who entered Bosnia in that time period mostly came from countries in the Middle East, North Africa and Asia.

In Bosnia and Herzegovina, the construction of new reception centers is a hot political issue as the rapid influx of migrants has created tensions with some local communities.

The biggest reception centers are located in the northwestern towns of Bihac and Velika Kladusa.

The Serb-run half of Bosnia, on the other hand, has refused to construct any reception centers on its territory.

A rights group has accused EU governments of "fueling a growing humanitarian crisis" on the bloc's border with Bosnia. Many of the migrants stuck there face dire living conditions. (13.03.2019)