EU-ASEAN aviation deal: How will it benefit the two blocs?

The finalization of the agreement's terms comes during one of the worst years for the aviation industry in recent history — hit harder than most sectors by COVID and the subsequent collapse in international travel. 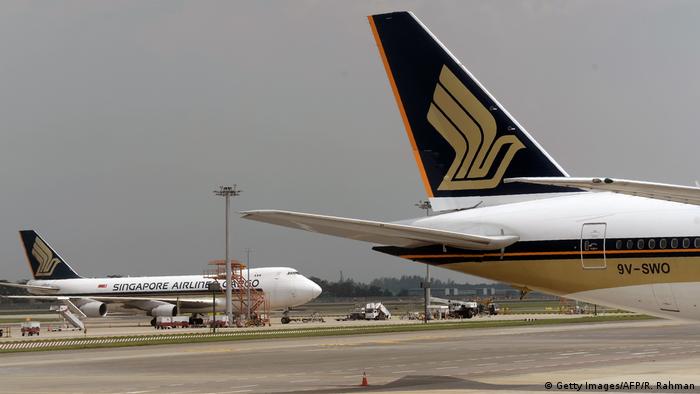 Hailed as a "landmark" agreement, question marks have been raised over what exactly is so groundbreaking about a recently agreed aviation pact between the EU and the Association of Southeast Asian Nations (ASEAN) bloc.

On paper, it appears impressive. When the agreement is eventually signed, which is expected in late 2021, airlines of the combined 37 states will be able to fly any number of nonstop flights between countries in both blocs. EU and ASEAN carriers will also be permitted to fly more stopovers in the other bloc, for passenger and cargo services.

Much has also been made of the fact that the ASEAN-EU Comprehensive Air Transport Agreement (AE CATA), concluded at a virtual summit on June 2, is the world's first-ever bloc-to-bloc aviation deal, a sign of the increasing closeness between the EU and ASEAN, which saw relations scaled up to a "strategic partnership" in December.

"The AE CATA would significantly strengthen air connectivity between ASEAN and Europe and bring both regions even closer together," Lim Jock Hoi, the secretary-general of ASEAN, said in a statement issued in early June.

European Transport Commissioner Adina Valean said the deal it "marks an important milestone in the EU's external aviation policy" since it is the world's first aviation agreement concluded between two blocs.

Doubts over the deal's effectiveness

The past two years have possibly been the worst years for the aviation industry in recent history. Most of its sectors have been hit hard by the pandemic.

The International Air Transport Association, an industry body, has estimated that the industry suffered a combined net loss of $126.4 billion (€104.3 billion) in 2020 due to the global health emergency, while it forecasts net industry losses of $47.7 billion in 2021.

In 2019, the aviation industry accounted for roughly 2.1% of the EU's GDP, according to official data.

"This agreement certainly doesn't hurt, but I think the consensus is there will be no immediate impact as the focus is now on restoring existing services," Brendan Sobie, an independent analyst and founder of Singapore-based firm Sobie Aviation, told DW.

"It will be a few years before we can really assess the impact, if any," he said.

Some have cast doubts on the EU-ASEAN aviation deal's effectiveness because of the issue of airport slots. Because airports have only a limited number of slots to cater to planes, those sites currently running at near capacity will not be able to significantly increase the number of slots given to planes flying between Southeast Asia and Europe.

The problem is not necessarily slots, Sobie said, but demand or viability for routes.

The EU-ASEAN agreement may increase the number of flights between already active hubs, such as Singapore and Bangkok in Southeast Asia and Paris and Rome in Europe. However, there remains limited demand for flights to Southeast Asia from airports in Lisbon, Oslo or Dublin, among other European cities.

Benefits mainly for the EU?

Furthermore, the multilateralism of the bloc-to-bloc deal is likely to bring benefits chiefly to the EU, which has a unified aviation market, rather than to airlines from Southeast Asia, whose regional market has no similar single market principles currently in place.

National University of Singapore Law School's Alan Tan, a specialist in aviation law, told DW that air connectivity with Europe from the ASEAN bloc will continue to operate on a "country-pair basis" because of the Southeast Asian bloc's lack of a unified aviation policy.

Under the new deal, he added, "Singapore Airlines will enjoy unlimited capacity into each of the 27 EU states, but only out of Singapore and not the other ASEAN cities. ... In contrast, Air France can start flying to Singapore from Frankfurt and Rome, which gives EU carriers an immediate network advantage."

This single aviation market within the European Union could also, thanks to the agreement, allow EU airlines to begin new flights to Southeast Asia from outside their home hubs, allowing a German-owned carrier to connect their flights to the region from Paris, for instance.

According to Tan, it may lead to more market consolidation among European airlines, merging their operations to gain a better industry advantage.

Because of the lack of a single market in ASEAN for the aviation sector, the region's airlines are unlikely to be able to enjoy either of these two benefits, Tan said. "So, the long-term competitive advantage is clearly with the EU airlines," he added.

'Greater connectivity between ASEAN and the EU'

Even though it may take a long time to reap any major benefit from the deal, it does have some short-term advantages.

"The overall idea of having this agreement is certainly positive and it could facilitate collaboration in other related areas, even if there are no examples of new routes launched that would not have been possible without this agreement," said Sobie.

Sun Chanthol, chair of the ASEAN Transport Ministers Meeting, said in a statement regarding the aviation agreement that it "would result in significantly greater connectivity between ASEAN and the EU, benefiting a population of 1.1 billion people and enabling greater business, trade, tourism and people-to-people links between both regions."

For Brussels, striking this deal has as much symbolic as practical importance. For years, the EU has sought to radically improve relations with the ASEAN region, a key area of global economic and geopolitical activity today and increasingly so in the coming decades.

The EU's attention was rewarded late last year when its relations with ASEAN were upgraded to a strategic partnership.

For several years, the annual State of Southeast Asia report, produced by Singapore's ISEAS-Yusof Ishak Institute, has found that the EU is the second-most preferred destination for Southeast Asians to visit, after Japan.

More flights also possibly mean a greater number of Southeast Asians visiting Europe on holiday or for studies, as well as more businesspeople flying between the two regions, increasing Brussels' soft power in the ASEAN region in the process.