Ethiopian Jews have taken to the streets many times, demanding equality before the law in Israel. In 2015 protests took place against discrimination. But do the activists think anything has changed between now and then? 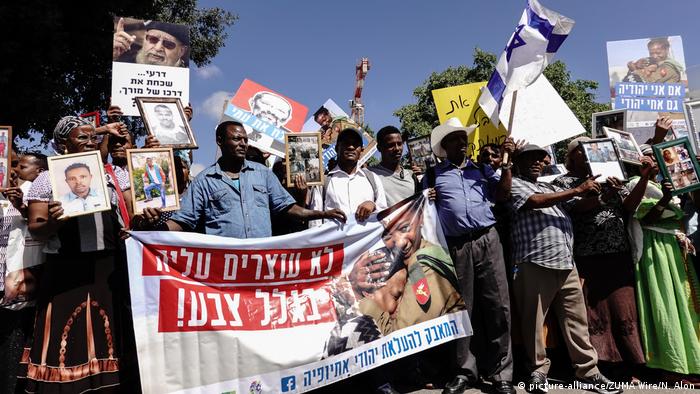 In the middle of the Jewish holidays in September, the Israeli government announced that it would allow an additional 1000 Ethiopian Jews from the Falash Mura community to immigrate to Israel. Many welcomed the announcement as a gesture of goodwill. Others, however, criticized the slow implementation of existing plans. It's at least an important step in the right direction says Avraham Neguise, an Ethiopian-born member of the governing Likud party and Member of the Knesset. But he's still unsatisfied. In 2017, 1300 Ethiopian Jews came to Israel. Now, there will be another 1000. "That's not enough," says Neguise, "It's a humanitarian tragedy, a Jewish tragedy. We want everyone to be brought to Israel and be reunited with their families."

There has long been a dispute over the immigration of the Falash Mura — mainly because the Chief Rabbinate does not recognize them as fully Jewish. Their ancestors were forced to convert to Christianity in Ethiopia, but today their descendants live according to Jewish religious customs. Those who are waiting to immigrate to Israel already have family there. In 2015, the Israeli government granted approximately 9,000 Ethiopian Jews entry within a period of five years. 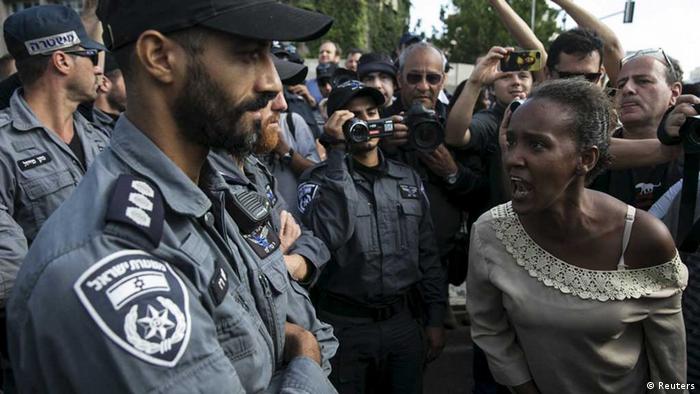 Others view the decision as a political concession afterEthiopian Jews took to the streets in the spring of 2015 to protest police brutality, discrimination and their treatment in society as a minority group. The protest was triggered by a video clip shared on social media, which showed a young Israeli-Ethiopian soldier in uniform being beaten by two policemen. Prime Minister Benjamin Netanyahu strongly criticized the incident: "It is our duty to fight racism and discrimination in any way possible," Netanyahu said at the time. A special ministerial committee was subsequently formed to address the concerns of the Ethiopian community.

Avi Yalou was among the protesters in 2015. The young Israeli found it difficult to watch the police beat up a soldier. "To have dark skin and to be a Jew — for some people it doesn't really match-up," Yalou, who works at an NGO that advocates for the equality of Ethiopian Jews, told DW. However, the protests were not just about police violence. "There are many problems," says Yalou. "There are young people who, despite having a degree and similar qualifications, still get paid less." 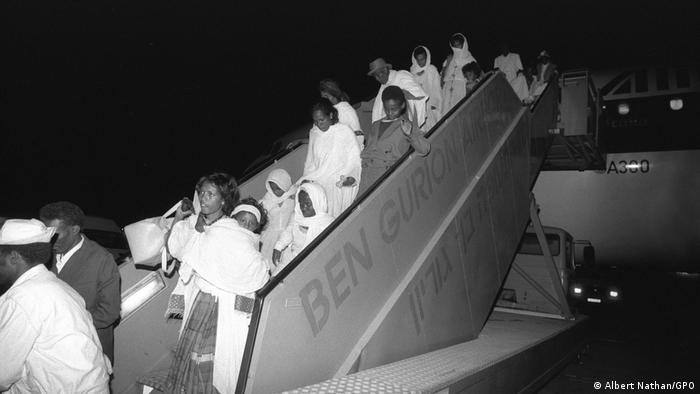 Everybody has heard stories of young men being stopped by police for random ID checks just because of the color of their skin. "There is a unit to fight racism. But on the ground, in reality, no, nothing has changed yet," says Yalou. "These things don't change from one day to another. This is a marathon."

Yalou was six years old when he came to Israel with his family in 1991 through 'Operation Solomon' — a covert military operation to airlift approximately 14,000 Ethiopian Jews to Israel. He considers Israel to be his homeland: he went to school, joined the army and studied here. But he's still uncertain if he will ever feel fully accepted in society — especially after the 2015 protests sparked a discussion in the Israeli public sphere.

Read more: 'Every dark skin in Israel is now a target'

A long history of discrimination

Knesset Member Neguise recognizes that the government has made progress on fighting discrimination. "In 2015, there was a demand by the new generation, those who were born here or grew up in Israel, that they don't want to be always seen as the 'new immigrant kid,'" Neguise says.

But that was not the first time Ethiopian Jews demonstrated for their rights. As early as the 1970s, activists started campaigning for their right to 'make Aliyah' — the immigration of Jews from the diaspora to Israel. In mid-1980s, after almost 8000 Ethiopian Jews were brought to Israel from Sudan as part of the first secret evacuation dubbed 'Operation Moses,' there were protests after the Rabbinate insisted they participate in special immersion rituals to overcome any doubts about their 'Jewishness'. In the 1990s, the so-called 'blood donation scandal' also sparked protests. At the time, blood donations from Ethiopian Jews were secretly discarded by hospitals — allegedly out of fear that it could be infected with the HIV virus. 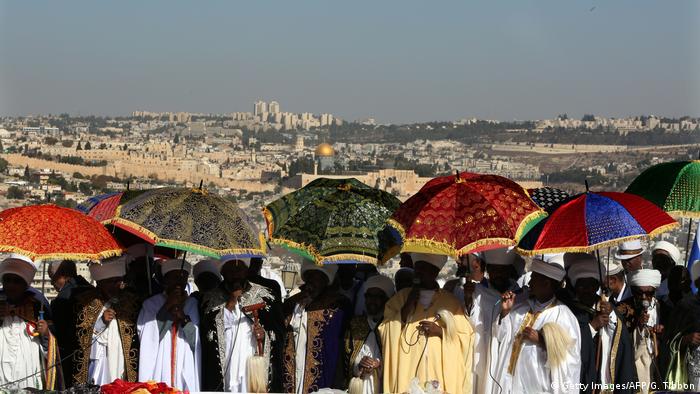 Today, the Ethiopian community is made up of more than 145,000 people — less than two percent of Israel's total population. Over half live below the poverty line.

Examples of discrimination can be found in many areas of life, says Israeli-born Yerday. Even during the immigration process, Ethiopian Jews were treated differently from other Jews who came to Israel. They had to spend more time in the absorption centers for example — temporary living quarters where immigrants are given intensive Hebrew lessons — and could only settle in certain areas afterwards, much like Jews from Arab countries. Although some progress has been made on this front, it's still not enough, Yerday says, pointing out a report published by the Ministry of Justice in 2016, which provided evidence of institutionalized discrimination. 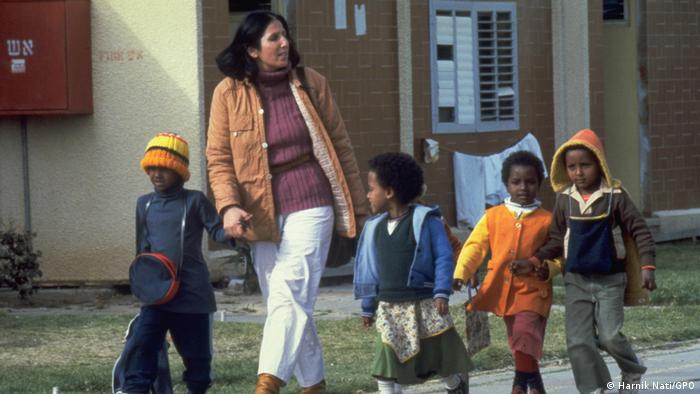 The so-called 'Palmor Report' included recommendations for the police, the education sector and the labor market. It also analyzed controversial policies such as random ID checks by police on the streets. The report essentially held up a mirror to Israeli society — especially the police — says Emi Palmor, the Director General of the Ministry of Justice. "Israeli society is now aware of problems that it wasn't aware of before the protests in 2015," says Palmor. She points out the ministry's new taskforce to combat discrimination, where the public can make complaints. 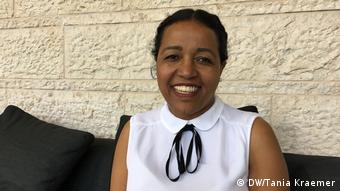 In order for Israel to move forward it is important to raise awareness, Tsega Melaku told DW. The prominent radio journalist was active during the blood scandal protests in the 1990s, and took to the streets again in 2015.

"It's not enough to just create new jobs," says Melaku, who came to Israel as a 16-year-old through 'Operation Moses' in 1985. "For real change, you have to tackle the root causes … Those who were born in Ethiopia suffered from antisemitism, not from racism, because we all had the same skin color. We suffered because we were Jews and we were abused and hurt for thousands of years. The generation who was born here doesn't know what we went through. They suffer because of the color of their skin — with this skin also come stereotypes."

Melaku hopes her already-grown children will have different experiences. Ultimately, she says, Israel is the only place where she can freely live as a Jew. And when she encounters a racist, she can at least confront them directly to their face.