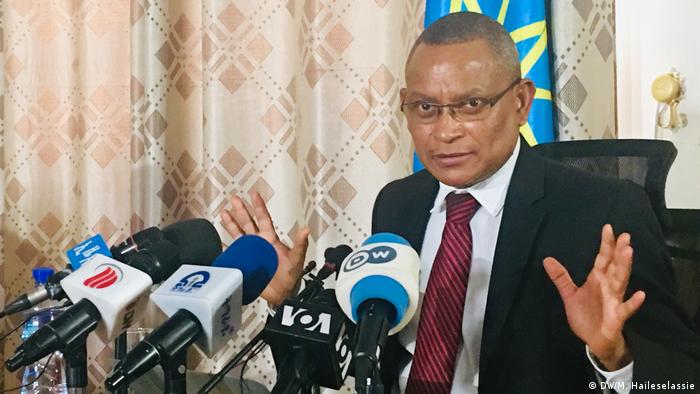 As federal troops march on the Tigray regional capital, Mekele, it's unclear whether the leader of the Tigray People's Liberation Front, Debretsion Gebremichael, is still in the city.

Debretsion has said his forces are "ready to die" defending the right to run Tigray, one of Ethiopia's ten administrative regions based on ethnic lines.

Tigray forces could retreat into the surrounding mountains to wage a guerrilla war, potentially making it harder for the military of Prime Minister Abiy Ahmed to capture the city.

Debretsion is no stranger to guerrilla warfare. In the 1970s, he abandoned his engineering studies to join the TPLF, which had started as a small band of guerrilla forces in the north of Ethiopia.

The group was fighting the brutal communist Derg regime, under ruler Mengistu Haile.

After being sent to Italy for technical training, Debretsion led a team that launched a covert bush radio station, Dimtsi Woyane Tigray. The fighters used portable broadcasting equipment, moving it on donkeys and camels and hiding it in caves to keep it safe.

"Communication was central to the struggle: it was the essence of the struggle for us," Debretsion is quoted as saying in The Politics of Technology in Africa, a book by Iginio Gagliardone. "You really had to convert people, to make them think in a different way. And unless you communicate well and deeply you cannot get to the point of converting people."

With his technology skills, Debretsion also played an important role in eavesdropping on the communications of the Ethiopian troops and jamming their radio signals.

The civil war lasted for 17 years and cost the lives of millions of Ethiopians. It ended when a coalition of rebel groups took control of the capital, Addis Ababa, in 1991 and dictator Mengistu fled the country.

From this point on, the TPLF became the country's most powerful political and economic force until Abiy became prime minister in 2018.

And Debretsion's power rose along with the TPLF.

Initially, he started working for the influential security chief, Kinfe Gebremedhin, while he earned first a bachelor's and then a master's degree in electrical engineering.

"It shows that even after so many years of being separated from school, Debretsion still has the discipline to achieve something like that," said Yohannes Woldemariam, a US-based Eritrean scholar who grew up in Ethiopia and has written extensively about the country.

Debretsion entered high-level politics in 2005 with his appointment as director of the country's information and communications agency. He later became the deputy head of the national intelligence service.

With the death of Ethiopia's prime minister and former rebel leader Meles Zenawi in 2012, Debretsion emerged as the most powerful TPLF member at the federal level.

"He dealt a lot with the Chinese in terms of getting technology coming to Ethiopia, especially telecommunications technology," said Woldemariam.

However, Ethio Telecom was criticized for its ties to security and intelligence agencies.

"The increasing technological ability of Ethiopians to communicate, express their views, and organize is viewed less as a social benefit and more as a political threat for the ruling party," found a 2014 report by Human Rights Watch, referring to the Ethiopian People's Revolutionary Democratic Front, of which the TPLF was a coalition member.

The party "depends upon invasive monitoring and surveillance to maintain control of its population." 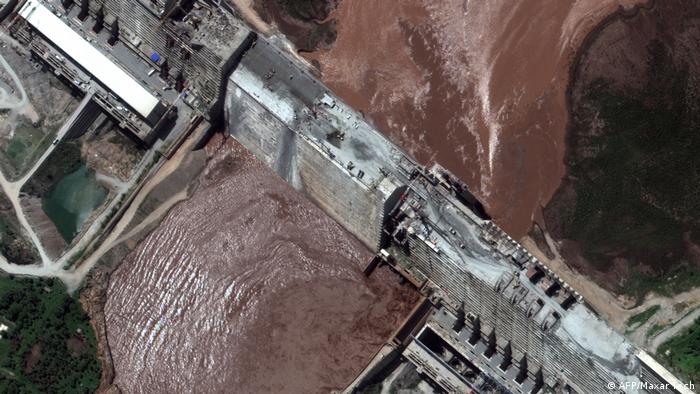 As minister, Debretsion Gebremichael oversaw the construction of the Grand Ethiopian Renaissance Dam, the largest hydroelectric dam in Africa

He oversaw the construction of hydropower dams, the biggest of which is the $4 billion (€3.35 billion) Grand Ethiopian Renaissance Dam under construction on the Blue Nile river.

"My observation of him when he gives interviews, he's not the kind of politician who is as articulate as [former Prime Minister] Meles Zenawi, who was a very gifted speaker and gifted debater," said Ethiopia watcher Woldemariam, adding that Debretsion had a reputation for competence and getting things done. "Debretsion is ... more of the quiet type behind the scenes who works very hard, extremely hard."

In 2018, Debretsion was among those running for chairman of the ruling federal coalition after the resignation of prime minister Hailemariam Desalegn (the chairman traditionally takes on the duties of the prime minister). Of the 169 votes casts, only two went to Debretsion. Abiy Ahmed received 108, becoming prime minister in April 2018. 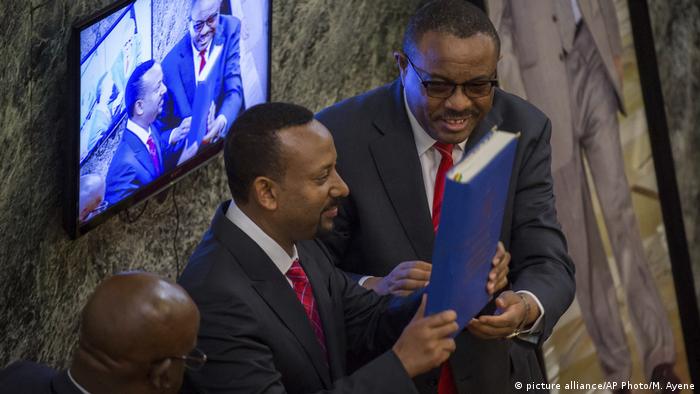 Talking to the UK-based Financial Times, Debretsion said that after the vote: "I told [Abiy]: 'You are immature. You are not the right candidate.'"

When Abiy — who is an ethnic Oromo — was sworn in, he began to strip power and influence from the TPLF. In response, its leaders withdrew to their northern stronghold and began to oppose his rule.

This also marked the end of Debretsion's time in federal politics. He was replaced as chair of the state power company in late April 2018, shortly after Abiy took office.

At the same time, it marked his rise on the regional stage.

Debretsion, seen as a member of the TPLF's old guard, had already been elected as the party's chairman in 2017.

"Debretsion is not a very charismatic politician and he was a compromise choice to satisfy different TPLF factions," said Woldemariam.

He voted in as the region's deputy president in 2018 — Debretsion is the de facto president but he couldn't officially assume the position as he wasn't a member of the Tigray regional parliament. The federal government declared the regional Tigray election as “null and void”, asserting that the poll was unconstitutional

He cemented his position as the region's leader when Tigray decided to hold an election in September 2020 in defiance of Abiy's government, which had postponed voting nationwide due to the COVID-19 pandemic.

"We will never back down for anyone who is intending to suppress our hard-won right to self-determination and self-rule," Debretsion Gebremichael said ahead of the elections.

Going ahead with the regional elections ratcheted up the simmering tensions between the TPLF and Abiy's government — tensions that have now sparked into an all-out battle.

Now, the engineer and former minister Debretsion finds himself leading a war. And his name is the first of 64 listed on an arrest warrant seeking TFPL officials on terrorism and treason charges.