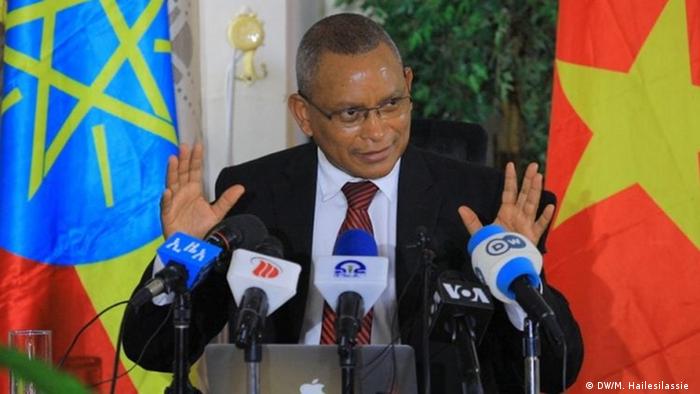 To avert a confrontation, Tigrayan officials should pause preparations for a regional election, and both sides should embrace dialogue to address their disagreements and their underlying causes, the International Crisis Group (ICG) said in a report.

"But unfortunately, at the moment, there are no signs of a possible meaningful dialogue — instead, we see deteriorating relations between parties," William Davison, an ICG senior analyst, told DW.

Relations between Ethiopian Prime Minister Abiy Ahmed's government and its rivals from the country's northern Tigray Region are at an all-time low over the planned elections that have set the two sides on a collision course. The tensions could lead to the secession of the Tigray and Amhara regions.

Ethiopia had been scheduled to hold landmark national elections later this month. However, in March, the electoral board announced the polls would be delayed because of the coronavirus pandemic, and a new date has not yet been set.

In June — just two days after a separate federal ruling stated that no elections could take place until 9-12 months after federal health authorities deem the pandemic under control — the Tigray State Council announced that it would still hold its own election, scheduled for September 17-20.

In an interview with DW, Getachew Redda a former minister of communication in the Tigray regional government said that the Tigrayans will hold elections as planned regardless of Abiy's plans of disrupting them.

"We will defend ourselves against any efforts or anything that will stand in the way of our right to hold elections. It unprecedented that Prime Minister Abiy is threatening to use force against a region that wants to hold elections," Redda told DW. 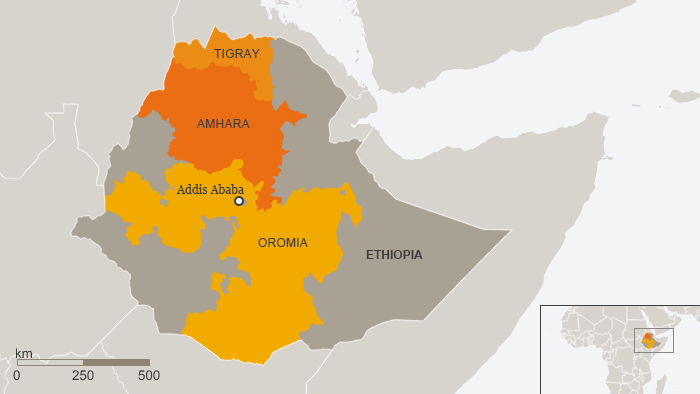 Opponents of Abiy, winner of last year's Nobel Peace Prize, accuse him of capitalizing on the pandemic to extend his time in office beyond the government's mandate in early October.

Among Abiy's most vocal critics is the Tigray People's Liberation Front (TPLF), which dominated Ethiopia's ruling coalition for nearly three decades before anti-government protests led to Abiy's appointment as prime minister in 2018. In an interview with DW, Getachew Redda, a former minister of communication in the Tigray regional government, accused Prime Minister Abiy of trying turn into a dictator for own politcal gains.

"Abiy Ahmed has authoritarian ambitions that we don't want to be part of, period. We will be more than glad to pay any price and sacrifce to make sure that the people of Tigray have their freedom," Redda told DW.

But Negash Mohammed, an Editor with DW's Amharic department, said that the TPLF is disgruntled after been in power for close to three decades and losing everything.

"The Ethiopia Federal government will reject the election and results and this could lead TPLF to trigger off what they call a constitutional session procedure which could be another setback for the fedral government," said Mohammed. 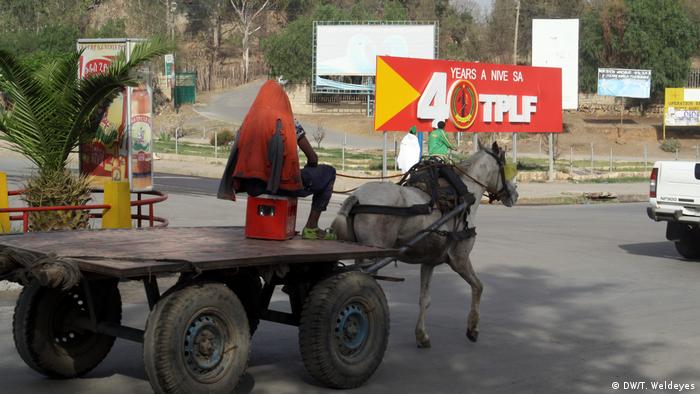 An archive image of the Tigray capital of Mekelle city, which lies just under 800 kilometers (400 miles) north of the Ethiopian capital Addis Ababa

The TPLF has lost much of its power at the federal level but remains in charge in Tigray — and has pushed ahead with organizing regional elections despite objections from officials in the capital Addis Ababa.

"To end the standoff, Tigray should pause its elections plans, and Addis Ababa should embrace dialogue with Tigray to address the electoral dispute and ease the underlying causes of their destabilizing acrimony," according to an ICG briefing paper.

However, Tigray officials insist that it is their constitutional right to run polls, saying the federal decision to extend all regional governments' terms was illegal.

"It is the Ethiopian House of Federation that is violating the constitution. It has extended its own mandate and that of the executive," Hadush Kahsay, a communications officer from the Tigray regional government, told DW.

For the last two years, accusations that the federal government is violating the constitution have been going, according to DW's Negash. 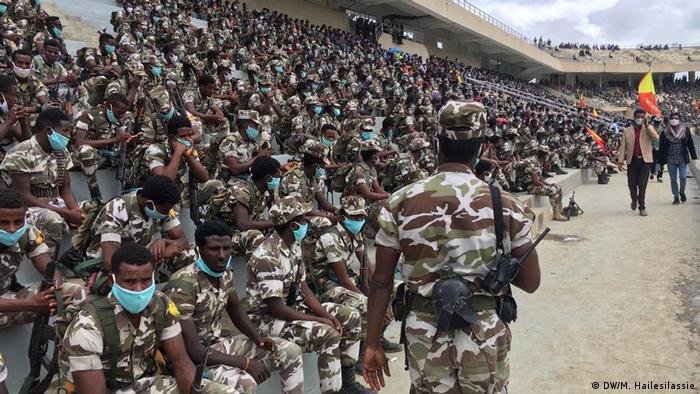 Last month Prime Minister Abiy ruled out the possibility of military intervention or budget cuts over the elections. Still, the ICG notes, other federal officials have been less conciliatory and that the risk of the "catastrophic" conflict remains.

There is also the possibility that Tigray would take steps to secede from Ethiopia, which could lead to altercations with the neighboring Amhara Region over disputed territory, according to the ICG report.

Relations between Abiy and the TPLF have declined steadily since he took office in April 2018.

"Ethiopian political leaders should consider appealing to a third party to mediate, should they have exhausted all other opportunities," ICG analyst William Davison told DW.

"Obviously, the government and many people will be unwilling to see external actors intervene in a matter they think is a domestic affair."

However, Negash sees it differently. "I don't think any external mediation could help to solve the ongoing feud between authorities in the capital Addis Ababa and those in Tigray. At this stage there's no clear solution to the Ethiopian crisis."

Most recently, federal officials have accused the TPLF of involvement in the killing in June of Hachalu Hundessa, a famous singer from the Oromo ethnic group — a claim the TPLF has dismissed as baseless. Hachalu's killing kicked off days of unrest that, by one count, left 239 people dead, highlighting security challenges that have dogged Abiy's tenure.

Ethiopian diaspora groups are calling for global protests today. The diaspora has a significant influence on politics in Ethiopia — but is divided over support for Prime Minister Abiy Ahmed.