Hailemariam Desalegn was seen as an ineffectual prime minister, easily manipulated by Ethiopia’s political camps. He failed to stop violent political protests. His resignation could lead either to renewal or chaos. 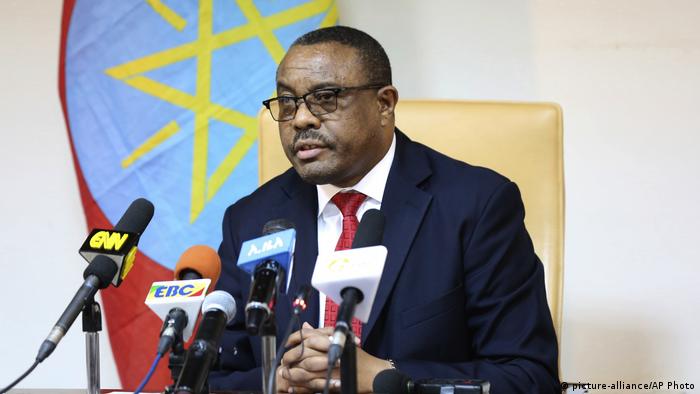 When Ethiopia's Defense Ministry in Addis Abeba announced that the state of emergency would last for six months,in a bid to ban protests and quell ongoing violence, the move was strongly criticized by the United States. This came after Prime Minister Hailemariam Desalegn resigned, explaining that he wanted to clear the way for reforms.

Desalegn's decision did not come as a total surprise. It was preceded by months of speculation. In his resignation he said that the country's problems had become too big and added: "The level of unrest, with its high death toll and costly damage, has led to a reform process within the ruling EPRDF coalition ."Hailemariam went on to say: "I want to become part of the reforms and the solution to the problems. This is why I chose to step down from the EPRDF leadership and as prime minister."

Ironically, the day before, South Africa's President Jacob Zuma had stepped down in the wake of massive pressure by his own ruling ANC party over his corruption scandals. But while Zuma's resignation resulted in widespread relief, Hailemariam's decision has raised some concern among Ethiopians. Journalist Merga Yonas Bula from DW's Amharic department does not believe that the resignation will entail true change: "There are clear signs that he really did not have any power in the last couple of years," he said. "Hailemariam himself once said that he had to make decisions without getting the necessary information first."

The reason for this was Hailemariam's ambivalent role from the start. He was chairman of the Southern Ethiopian People's Democratic Movement (SEPDM) within the ruling coalition and did not belong to the powerful elite recruited among the Tigray ethnic group, despite being a minority group, the Tigrayans have dominated the government, army and secret service since the 1990s. The late prime minister Meles Zenawi hailed from the Tigray and was head of the Tigrayan TPLF party until his death in 2012. Apart from that, the parties representing Ethiopia's most important ethnic groups in the government coalition, the Oromo (OPDO party) and the Amhara (ANDM party), also largely ignored the 52-year-old politician who previously served as minister of foreign affairs . 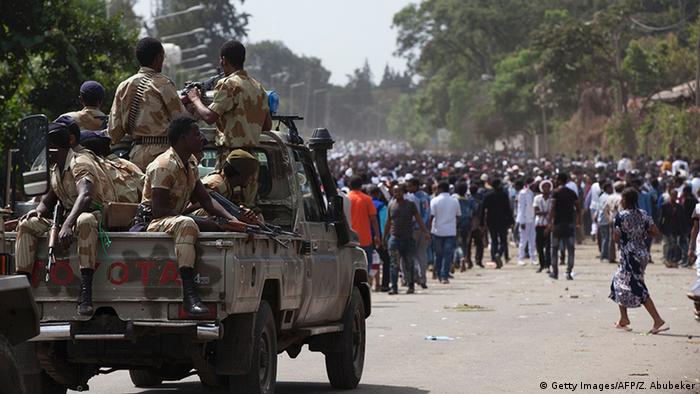 The last two years have seen bloodshed and unrest in Ethiopia

Opposition representatives told DW that they welcomed the resignation. Mulatu Gemechu deputy secretary of the Oromo Federalist Congress (OFC) said that because human rights kept being violated and it had proved impossible to ensure good governance and the rule of law after so many years, the time had come for Desalegn to step down.

But this is not enough. At least not according to Beyene Petros of the Ethiopian Federal Democratic Forum Medrek. "His resignation is no guarantee that the whole government will resign. The situation is not clear yet."

Observers say that the resignation will lead to an internal rebalancing of power. The last two years have been marked by mass protests against the authoritarian government in Addis Ababa, some of which have resulted in bloodshed. Analysts believe that the government will have to make concessions before the situation calms down. DW journalist Mega Bula says that steps like releasing a couple of thousand political prisoners are just for show. Only high-profile leaders of the protest movement were freed, many others remain in prison, he pointed out. 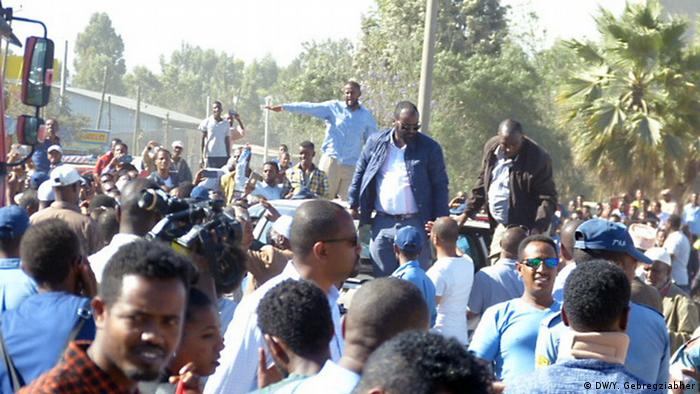 Following Desalegn's departure from Ethiopia's top post, it is unclear whether the Amhara and Oromo will reach a political agreement. Both could call on their respective ethnic groups for support, which would inevitably lead to an escalation. On the day he resigned, Desalegn said he would be willing to be part of a temporary solution. He specifically called for young people to remain peaceful: "Everybody should respect everybody else in accordance with our Ethiopian tradition," he said.

A chance for the Oromo?

No successor has been named yet. But DW journalist Bula says there is huge pressure to appoint a candidate from Oromo OPDO party. The country's biggest ethnic group has long complained of marginalization and protests by the Oromo are among the most important. "There are some very promising young people, who might herald an improvement of the situation," Bula said.

Political scientist Mehari Yohannes of the Mekelle University in the federal state of Tigray is in favor of appointing an Oromo to succeed Hailemariam. Ethiopia's biggest ethnic group, as opposed to the Amhara, has never held power before. But that is not the only reason. "Many political positions of the Amhara opposition are not compatible with the constitution," Mehari told DW. "They want a differently structured state. Among the Oromo there is a clear tendency towards recognition of the federal system, with some additions and makeshift solutions," he said.

Mehari believes that a government led by the Oromo could be the glue that holds the country together while also solving all conflicts within the EPRDF coalition.

Azeb-Tadesse Hahn contributed to this article