German politicians of all stripes have spoken out against Recep Tayyip Erdogan's upcoming visit to Cologne. Germany's large Turkish minority is split on whether to embrace him or take to the streets in protest. 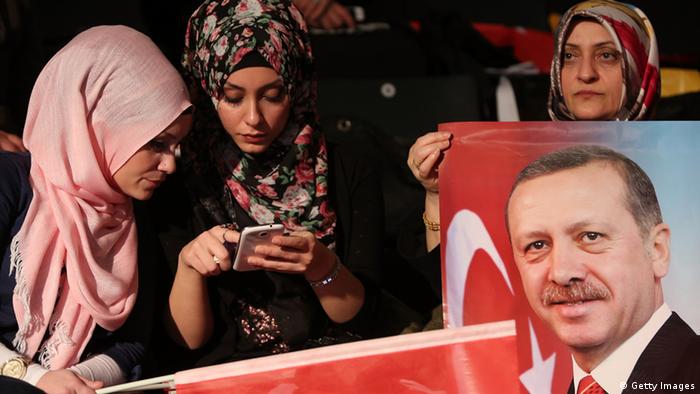 Recep Tayyip Erdogan is undaunted: Despite more than 300 dead in the Soma mine accident and several unfortunate public appearances, Turkey's prime minister plans to board a plane to Germany in just a few days for an unofficial campaign appearance before thousands of enthusiastic, flag-waving expatriates.

The notion is almost unbearable for many German politicians. Rarely have so many representatives of so many different parties commented on the visit of a foreign leader - and rarely has there been so much agreement.

Erdogan's AKP party, on the other hand, maintains that the event on Saturday (24.05.2014) in Cologne is no election campaign stop, but a visit to honor the 10th anniversary of the Union of European Turkish Democrats (UETD). 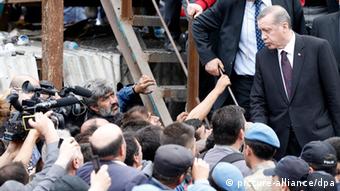 But many see a different reason for the event in Cologne's largest venue with the capacity to seat almost 20,000: Turkey holds presidential elections in August. Erdogan has yet to officially announce his candidacy, but many expect he will in fact toss his hat in the ring.

And this time, courting Turkish nationals that live abroad is well worth the prime minister's efforts: for the first time, they will be allowed to vote with mail-in ballots without having to travel to Turkey.

About 1.5 million Turks in Germany are eligible to vote - votes Erdogan urgently needs if he wants to be president. He needs about five percent more votes than his party garnered in municipal elections in March.

This isn't the first time a planned appearance by the Turkish prime minister in Germany made waves. There was also quite some criticism ahead of his 2008 visit. Many German politicians were indignant when Erdogan called the "assimilation" of migrants a "crime against humanity." But he was highly praised at home and among the expatriate community in Germany for his comments.

Erdogan uses attention-grabbing mega appearances and provocative theories to make it clear that he sees himself not only as head of government for the Turks in his country but as a representative for the interests of Turks living in Germany. 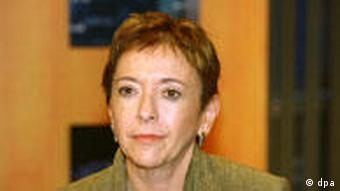 In order to organize Turkish expatriates in Germany, the government in Ankara created the Agency for Expatriate Turks (YTB). The staff was trained to prepare the Turkish diaspora for alleged "suppression" abroad - that's how seriously the prime minister takes Turkish expatriates.

"He needs some good press after his relatively poor showing in Turkey," she told WDR, a German public broadcaster headquartered in Cologne. "His supporters in Germany - the Union of European Turkish Democrats - will make sure he receives a nice welcome and is celebrated grandly. These images aren't important for Germany - these images are important for Turkey," she said.

But just like back home, the Turkish prime minister is also controversial in Germany. The Alevi community, a minority group in Turkey critical of Erdogan and his governing AKP party, has called for a demonstration in Cologne in opposition to Erdogan's visit. Under the motto of "We say no to Erdogan," supporters of the religious and cultural minority plan to protest the visit in Cologne's city center. Erdogan, they say, is interfering with domestic German affairs and provoking those in Germany with Turkish origins. 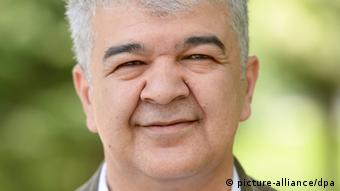 For many, the polarization of German Turks is a source of concern. They worry that the controversial prime minister, with his provocative words, could transport domestic rifts into Germany - thereby impeding the daily life and successful integration of Turks living in Germany. Gökay Sofuoglu, the new head of the "Turkish Community in Germany" organization, views things similarly.

"Such a speech causes a lot of difficulties for us, of course, because we then turn away from our real issues and suddenly have to deal with Turkish political disputes," he told DW.

Julia Klöckner is the deputy chair of Germany's Christian Democratic Union and has called for Turks to boycott the Saturday visit.

"I only wish that as many Turks who live here as possible show, through their absence, that they don't agree with his current actions in Turkey," she told the German weekly "Welt am Sonntag."

"The people who are against him are going to be against him anyway," he told German public radio broadcaster Deutschlandfunk. "And those who idolize him will continue to be his fans, and will now, more than ever, probably make a pilgrimage there."

The Green politician added that he blames Germany's conservative politicians for the conflict surrounding Erdogan's visit. Their refusal to change citizenship laws have contributed to Turks not becoming German, he says, making them feel like foreigners. "Now they're turning to Ankara," he said.

Opinion: Erdogan is beyond the pale

In his public appearances, Prime Minister Erdogan is losing the self-control that his office demands. The protests against him are getting louder - and yet he will still be elected president, says DW's Baha Güngör. (15.05.2014)

At first, Turkish Prime Minister Recep Tayyip Erdogan seemed reluctant to take steps to pacify protesters, but now, with his presidential candidacy in the picture, he appears to have slightly changed course. (18.05.2014)

The "probably carcinogenic" herbicide glyphosate is used to spray massive soy fields in Argentina. The soybean meal is fed to livestock in Germany. But people who live near the soy fields are paying with their health.