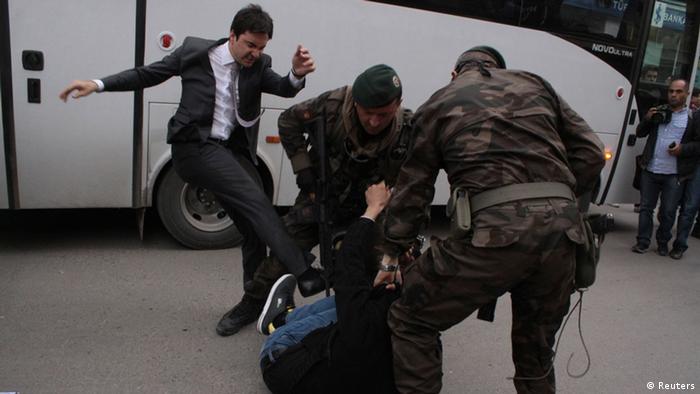 DW: You're in Istanbul, where the Gezi Park protests erupted a year ago. That was a movement mostly composed of young people. Is the Soma mining tragedy different?

Erkan Saka: Many of the reasons that people protested in Gezi Park are still here. Every day you see a new reason to protest. I've never seen such street polarization, not based on religion or ethnicity or anything. You're either pro-AKP or you're not, basically.

Has the mining accident drawn different elements of Turkish society into what was a young people's movement?

This case is a trigger for an even wider swath of society. This is a very human, tragic accident. But it hasn't turned into a massive protest on the streets yet. 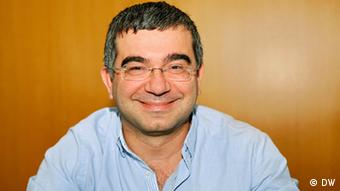 Saka says many Turkish people are scared to protest

Many citizens are hesitant to go out on the streets to protest, because as well as excessive pepper gas, the police are using rubber bullets. So people are scared - in fact normally you would have expected much bigger protests.

We've been following the #Soma hashtag, which has been trending throughout Europe. Is it possible that police brutality has sent protestors - or potential protestors - to the web instead of the streets to vent their frustrations?

This is definitely the case. Many pro-AKP people tweeted about this - they're critical of the mining company - and even today there was more criticism within AKP circles.

There were also some more conspiratorial hashtags by the AKP's social media army - you've probably heard that there are many volunteers. For instance, anyone who criticizes the mining explosion is labeled a necrophiliac. And they're also creating some hashtags about Erdogan, that he's the man of the people and stuff like that. But now I also see some criticism. So that might be sparking some hope.

There are videos of Erdogan allegedly hitting a civilian in a supermarket, of his advisor kicking a protestor, of countless acts of police brutality. How are Erdogan's supporters reacting to the images?

They're not shown most of the time. As far as I know, only one mainstream channel [Kanal D] showed the supermarket video.

But I want to underline - the prime minister punched a woman. So citizens should be really anxious to take to the streets for protests. It's obvious: He's punching, and his advisor is kicking a protestor. And so far, AKP circles are just supporting it. [Some of the details surrounding the making of the supermarket video and the incident itself remain unverified. - Ed.]

But it also sounds like they're getting different information, or maybe never seeing such videos at all. Is it fair to say the political divide in Turkey runs along digital lines?

Honestly, if they watched that video, most Erdogan supporters would say it's a [fake]. Also, the links always change, because probably there's some sort of censorship going on. YouTube is already banned, as you know. 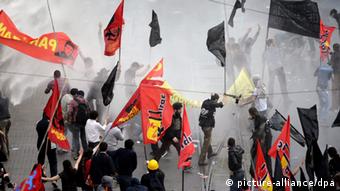 Soma-related protests took place in Istanbul on May 14

So they're less literate in Internet communications, you can say that. But they're not totally ignorant.

In between the cracks in this divide, pro-Gezi people are spreading their message. On the Internet, at least, there's more leakage to the other side. AKP supporters can also see this stuff. Maybe they won't see it in mainstream media, but at least in digital communications, there's the potential.

Will we be seeing increased protests as we get close to the presidential election in August?

Anything is possible. There's this new generation of militants who weren't there before. Many people are just now learning how to protest. Maybe their numbers are limited, but still, last night, in two or three cities, there were protests lasting until midnight. Most are still civic protestors, and I hope it stays that way.

But I honestly believe that, despite holding the state power in his hands, Erdogan and his men - and most of them are men - are not as capable as they used to be. They're making more and more mistakes.

Erkan Saka is an assistant professor of communication at Istanbul Bilgi University and a jury member for DW's awards The Bobs - Best of Online Activism.

The death of hundreds of miners in the Soma mining explosion in western Turkey, and the government's subsequent handling of the disaster, have increased political pressure on Prime Minister Erdogan. (16.05.2014)

Turkish officials have confirmed a death toll of over 280 after Tuesday's mine explosion. Protests are spreading across the country over worker safety problems - and prime minister Erdogan's response to the tragedy. (16.05.2014)

Following the explosion at the Soma mine, Turks have unleashed their frustration on social networking sites. Their main target is the head of their government - Prime Minister Recep Tayyip Erdogan. (15.05.2014)