A poisonous cloud is hovering over the Chilean coastal town of Quintero, and residents are complaining of respiratory problems, dizziness and vomiting. Yet those responsible are driving economic growth in the country. 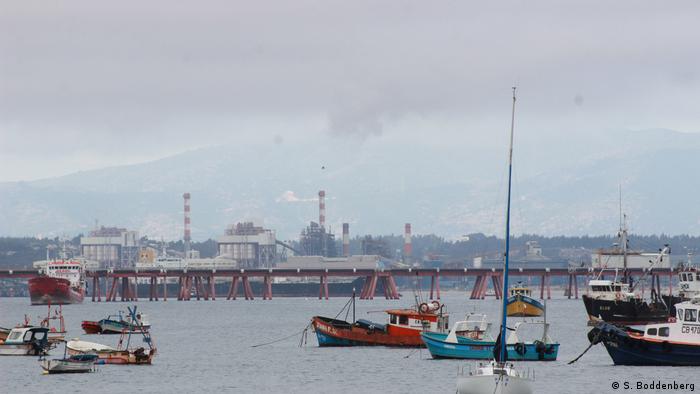 As colorful fishing boats drift peacefully in Quintero Bay, dark clouds from industrial chimneys loom incongruously in the background. Around 40,000 people live in this area, where tourism and fishing are the main sources of employment. But the beaches are now empty and fishermen are losing their jobs.

"A lot of damage has been done by industry and the traders won't buy our fish anymore because of contamination," says Claudio Hernandez, a fishermen's union leader in Quintero. The S24 fishermen's union was formed in 2014 after an accident involving the state oil company Empresa Nacional del Petroleo (ENAP) resulted in 30,000 liters of oil being spilt into the sea.

ENAP is one of the companies which settled on the coast since the industrialization of the Chilean economy in the 1960s and which is now being blamed for varying forms of pollution. Coal-fired power plants, chemical plants, oil processing plants — among them the state-owned copper mining group Codelco and the oil company Copec — are all in the firing line.

Alejandro Ochoa works for an ENAP contractor and is a member of the Quintero-Puchuncaví Bay industrial union. "We are the ones who suffer from poisoning first but the companies are not taking responsibility," he complains. 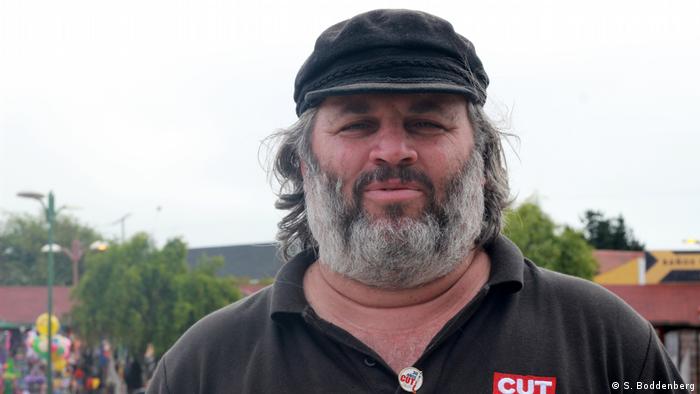 "We are the ones who suffer from poisoning first but the companies are not taking responsibility," says worker Alejandro Ochoa

The locals now refer to the area as the "Zona de Sacrificio" — the victim zone — because they feel it was simply given over to industry in the name of economic growth, without consideration to the local people or environment. "Companies make more and more money while the people get poorer," says Sebastian Santos, spokesman for the Quintero-Puchuncavi municipal authority. "The industrial pollution is destroying tourism and fishing."

That same municipal authority is demanding state regulation of industrial companies and wants an investigation to establish the exact causes of various instances of poisoning.

Back in August, the air pollution levels in the area hit a new peak. Tayra Pizarro, a 17-year-old student, remembers it clearly. "Many of my classmates had headaches and were vomiting and fainting," she says. "I was sick and dizzy but didn't know why. Then the teacher told us that poison gas was the cause."

More than 50 students and teachers were hospitalized that day. According to the Chilean Ministry of Health, 1,398 people were treated for gas poisoning in local hospitals between September 21 and October 18 this year. 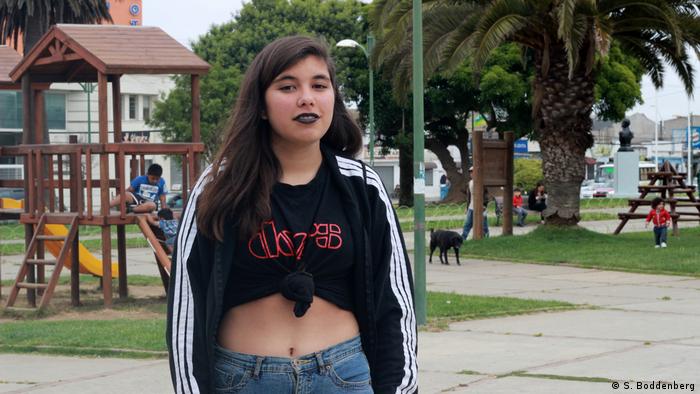 After the poisoning, Taya Pizarro and her classmates were not allowed to go to school for one month

The most affected are children and adolescents, whose immune systems are weaker than those of adults. It was students whose subsequent street protests caught the attention of the Chilean media.

'Children's health sacrificed for the economy'

While air pollution levels have been very high in the region for more than 50 years, the hospital staff were not prepared to handle gas poisoning.

"The hospital had no specialists, only general practitioners," says Maria Araya, president of the Advisory Board of Adriana Cousino de Quintero Hospital. "The Ministry of Health knew this but did nothing. They waited until the situation had escalated and they could not ignore it any longer."

The government sent a team of experts to the area and they detected more than 120 different gases in the air. One was methylchloroform, which has been banned in Chile since 2015. Contact with methylchloroform causes the same symptoms that Quintero residents have complained of: dizziness, headache, vomiting.

Many signs point towards the chemical company Oxyquim, which for many years marketed methylchloroform under its chemical name trichloroethane.

However, the company denies responsibility for the poisoning. A statement from Oxiquim states: "We can assure you that our processes are unrelated to the events and that Oxiquim does not use, market or store any of the components associated with the damages in Quintero and Puchuncaví."

The state oil company ENAP also issued a statement "regretting" the situation in Quintero and assuring that "all the studies carried out show that ENAP is not responsible for the events". 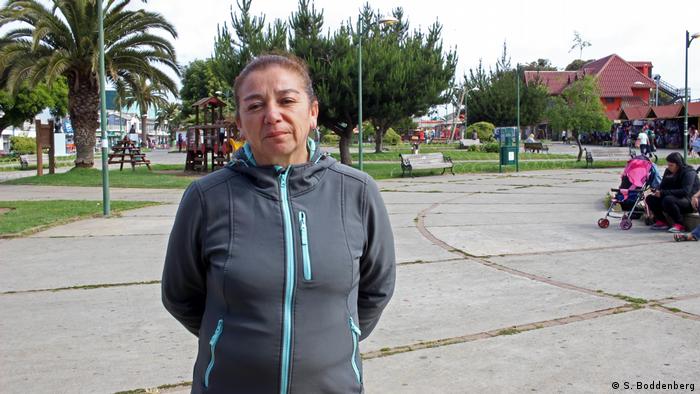 Maria Araya, president of the advisory council of the local hospital, wants to continue fighting: "We will not give up."

Araya is defiant though. "We are fighting against the country's economic powers," she says. "The state is not responding, because if it did, the whole economy would collapse. Therefore our children's health is being sacrificed for the economy."

Birgit Gerstenberg, the United Nations representative in South America, visited the region and expressed concern about the impact of pollution on the local population. She pointed out that the state is supposed to be "committed to protecting human rights through legislation and institutions."

The World Health Organization (WHO) has warned of the high levels of arsenic in the area. Arsenic is absorbed by water and can cause cancer. The average arsenic concentration in Quintero and Puchuncavi, according to a study by the Chilean Ministry of Health, is 23 times higher than that allowed in the European Union. There are no such regulations in Chile.

On November 15, people throughout Chile protested in solidarity with the people of the Quintero-Puchuncavi area. However, Maria Araya did not take part because she is afraid. She says she has received threatening phone calls. "Those who open their mouths are silenced," she says.

On October 4, Alejandro Castro, a 27-year-old fisherman and union leader, was killed in mysterious circumstances. "It's not easy," says Araya. "But we have to keep fighting. People with the means to leave have already gone, but the ordinary people have to stay and suffer.

"The powers that be want to keep us quiet, but we will not give up," she insists.

Fighting for the lagoon

Germany has banned the sale of fireworks for this New Year's Eve. Might this be a chance to look for more sustainable alternatives to pyrotechnics?