Entering US via Mexico — why are so many Indians risking their lives?

Indians make up one of the biggest immigrant communities in the US. But an increasing number of Indian nationals are now making perilous journeys through Latin America to reach the US. 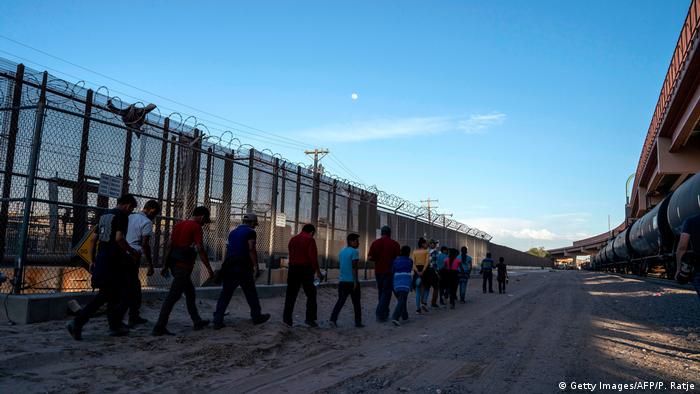 Mexico recently deported 311 Indians who were trying to get into the US illegally by crossing the border between the two countries. After returning to India, many of these deportees said they gave between 2 to 5 million rupees (€25,467 to €70,000 or $28,000 to $77,680 ) to human traffickers to enter the US.

Most of them had flown to Ecuador from India, and then traversed through Colombia, Panama and Honduras to finally arrive in Mexico.

According to the US Customs and Border Patrol, nearly 9,000 illegal migrants from India were caught trying to cross over from Mexico to the US in 2018, nearly three times as many as in 2017. The same year, Indian nationals were among the largest group of illegal migrants held along the southwestern border of the US.

"Most Indian migrants who travel through Latin America enter Mexico through Ecuador or Brazil, as these two countries have lax visa laws. From there, they continue north, following main highways through Colombia and Central America before arriving at the US southern border," Caitlyn Yates, an immigration expert and research coordinator at the Washington-based IBI Consultants firm, told DW.

Yates said that most of these migrants are usually looking for economic opportunities or want to reunite with their family members.

Many of these migrants, mostly from the northern Indian states of Haryana and Punjab, said they attempted to escape religious persecution, and sometimes political repression. 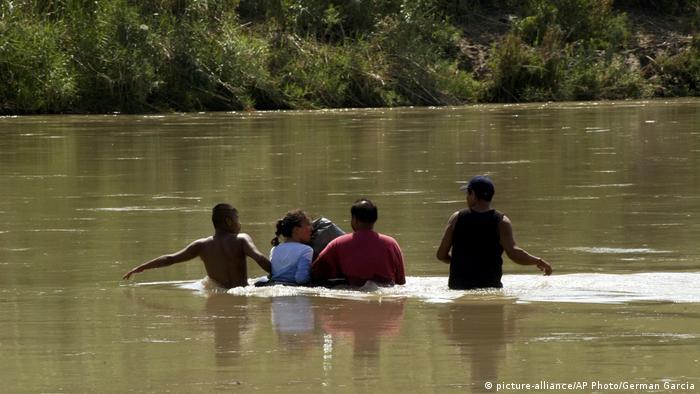 Unidentified migrants attempt to reach the US border in Nuevo Laredo, Mexico

Deepak Ahluwalia, an immigration attorney in Fresno, California, told media that Indian political dissidents, minorities and members of the LGBTQ community are more likely to seek asylum in other countries.

Analyst Yates says the numbers of Indian migrants in Latin America have risen manifold in the last five years. After US President Trump threatened Mexico with import tariffs if it didn't stop the influx of illegal migrants, Mexican authorities were forced to take stricter action on those trying to illegally cross the frontier into the US.

The expert pointed out that this has made Indian migrants more vulnerable. Most Indians now cross the border into the US "outside of official ports," she added.

Immigrants using unauthorized routes often end up risking their lives and those of their families, like in the case of six-year-old Gurupreet Kaur, who died of thirst while crossing the Arizona desert with her mother.

Indian deportees who recently came back to India described their journey from Ecuador to the US border as "terrible." Mandeep, who left India on May 9, said he saw corpses in the forests, possibly of people who had been trying to immigrate illegally with the help of human traffickers.

Other Indian deportees said that conditions in US detention camps were even worse than during their journey, pointing out that water supply was limited to one hour a day and medical care was inadequate.

Mandeep and others who returned to India said they would never go back and suffer those circumstances.

Rights groups in India are demanding that the government launch programs across the country to raise awareness about the dangers of illegal immigration.