Enemy of the people or critical public ally? The state the media in the US

Once a balwark of press freedom, the US is struggling with its own media landscape as local papers are bought and closed, technology is used to limit freedom of expression and scores of journalists lose their jobs. 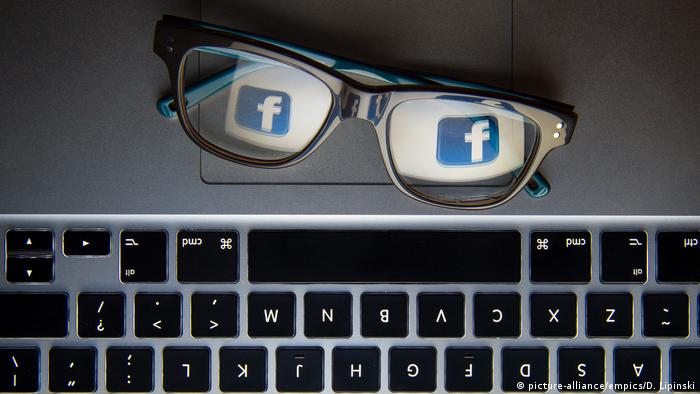 When the White House Correspondent's Association (WHCA) was awarded the DW Freedom of Speech Award in 2017, President Donald Trump had only been in office for five months. Already then, tension between the executive branch and journalists tasked with covering it was growing.

"The White House Correspondents' Association is a guarantor for the control of those in power," DW Director General Peter Limbourg said before he presented the award to then-WHCA President Jeff Mason. "We have complete trust in democracy in the United States of America. This entails that we are reliant on a strong media."

Accepting the award, Mason said that he and his fellow correspondents fight every day for the rights of reporters to cover leaders who make policies that affect the entire world — despite the negative rhetoric coming from the US president.

"Press freedom in the United States is not a given, despite the protection provided by the Constitution. We must remain vigilant to ensure that those freedoms persist, regardless of who holds power in Washington," he added.

Two years into President Trump's four-year term, the situation has deteriorated. CNN journalist Jim Acosta was banned from the White House for posing a number of tough questions to the president, who responded by calling Acosta a "rude, terrible person." While CNN sued the White House for access and Acosta was allowed to return and resume his duties, the obstruction of journalism has not ceased. 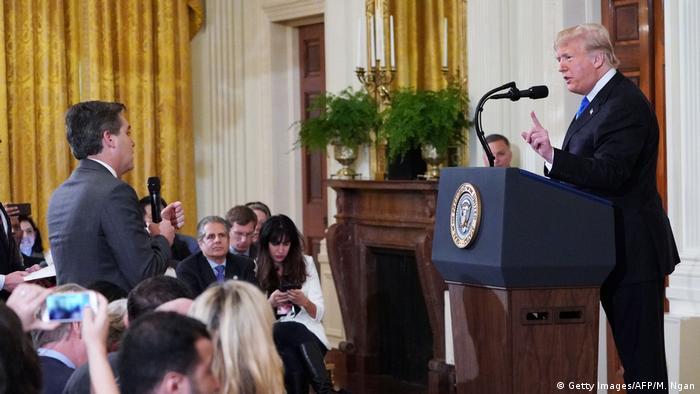 Olivier Knox, the current president of the WHCA, remains defiant against Trump's criticism of the press, which includes calling reporters "enemies of the people."

"As America's revolutionaries understood, freedom of speech and of the press are guarantors of freedom for the people, he said. "We must remain eternally vigilant against threats to a vibrant, free, independent, and even adversarial news media."

This adversarial rhetoric coming from the president and his supporters seems to be working. According to a recent report by Gallup and the Knight Foundation, trust in the media has fallen from 54 percent in 2003 to only 41 percent in 2017.

"Amid the changing informational landscape, media trust in the US has been eroding, making it harder for the news media to fulfill their democratic responsibilities of informing the public and holding government leaders accountable," the report reads.

For Bob Garfield, a media expert and the co-host of the weekly pubilc radio broadcast "On the Media," this hostile rhetoric and decrease in trust is worrying. An even greater threat to the American media landscape, he added, stems from the lack of a viable financial model.

"The business model for most media and certainly journalism collapsed with the digital revolution. And so I have spent the best part of 15 years in search of solutions," said Garfield. "I'm sad to report there are no solutions. There are no magic beans."

A number of studies show his concern to be valid. In a 2018 report from the University of North Carolina, news deserts — communities without a local newspaper — are growing across the US. The report found that around 1,800 local newspapers have closed since 2004, with many more losing the ability to comprehensively cover their local governments. This is especially problematic in rural communities.

"Most of the states have virtually no reporters in their statehouses and county courthouses are barren of journalists," added Garfield.

The consequence of this is that journalism's duty to hold government and private businesses to account is now nearly impossible in many communities. In one small town in California, town officials stole hundreds of thousands of dollars of tax money for their own personal use. This went for years, according to Garfield, in part because of a lack of oversight. It was only uncovered by a reporter by accident.

"If we had the infrastructure for local reporting that we've had for centuries, this would not have taken place," he said. 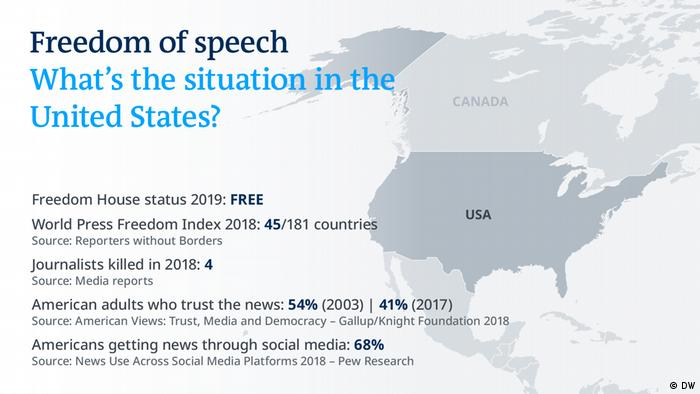 Freedom of speech, along with freedom of the press, has been ingrained since 1791 as the first of the ten amendments that make up the US Bill of Rights. According to Jameel Jaffer, director of the Knight First Amendment Institute at Columbia University, the US has a very broad understanding of what speech is protected by the First Amendment.

"The theory behind that is not that all speech is good and some terrible but the courts have refused to give government the power to criminalize or sanction speech," he said. "You can imagine putting in the current administration's hands the authority to decide which ideas get heard and which ideas have to be suppressed."

Jaffer added that most of the recent decisions governing free speech were enacted in the 1960s and 1970s. However, the advent of digital technology and social media, as well as a concentration of platforms used by Americans to communicate, put new strains on this inalienable American right.

One recent study by the Pew Research Center tracing how Americans consume news found that 64 percent of Americans are getting much of their news from social media — mainly Facebook — making it difficult to filter news based on reliability or uncover whether news comes from a partisan source. Over half of those polled said that they "expect" the news they find on social media to be inaccurate.

The technology that has created new opportunities for communicating and organizing over the last 15 years is the same technology that can raise awareness of issues of injustice and be used by governments to crack down on dissent and identify people who are organizing or bringing attention to injustice. Jaffer and other free speech advocates want to make sure that the good elements of the new media landscape are protected and any attempts to hinder these freedoms are confronted.

"You know, nobody gets thrown in prison for criticizing the government here," said Jaffer. "And you know what, I don't want to take that for granted."

Opinion: Freedom of the press — A pillar of every democracy

Restricted press freedom is not just a problem in countries led by autocrats. That freedom is also under threat in ever more democracies, thus endangering their very core, says DW Editor-in-Chief Ines Pohl. (28.12.2018)

Time magazine has recognized journalists, including slain Saudi columnist Jamal Khashoggi, as its 2018 Person of the Year. Time said it was an effort to emphasize the importance of reporters' work in a hostile world. (11.12.2018)

The Trump administration instituted new rules for press conferences after restoring the press credentials of reporter Jim Acosta. CNN have said their lawsuit against the White House is no longer necessary. (20.11.2018)