Employment will not recover from COVID pandemic until 2023 — report

The loss of jobs during the coronavirus pandemic has destroyed "five years of progress" a new UN report has revealed. And the situation is not expected to recover any time soon. 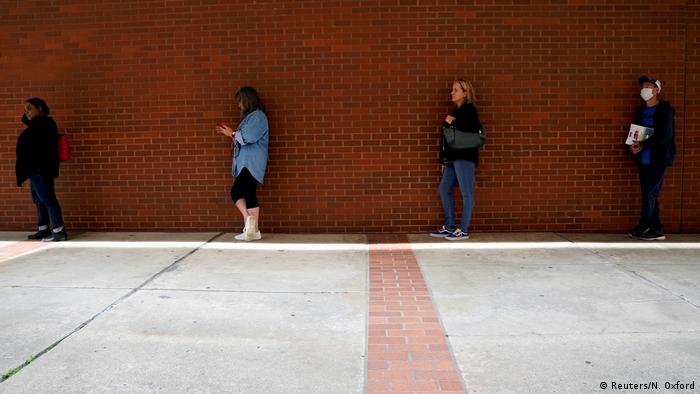 Global job growth will not recover to pre-pandemic levels until 2023 according to a report published by the UN's International Labor Organization (ILO) on Wednesday.

The World Employment and Social Outlook report for 2021 projects that at least 220 million people were expected to be left unemployed this year, with only a slight improvement predicted for next year.

The global labor market was hit hard by the coronavirus pandemic, and slow recovery projects an unemployment figure of 205 million in 2022, still above the 187 million figure for 2019.

"Employment growth will be insufficient to make up for the losses suffered until at least 2023," the report said.

The massive loss of jobs has had a disastrous impact on global inequality with women, young people and those working in the informal sector hit the hardest.

The ILO report said that some 108 million more people have fallen into poverty or extreme poverty since 2019.

"Five years of progress towards the eradication of working poverty have been undone," the report claimed.

The UN labor agency predicted that around 30 million new jobs could have been created worldwide if the pandemic had not hit. Instead, many small businesses have gone bankrupt or are facing severe difficulties.

ILO chief: 'World of work will be different'

Director-General of the ILO Guy Ryder spoke with DW about the impact of the pandemic on jobs and the risks of unequal recovery.

"On current trajectories, as the recovery gets underway, there's a big risk that our world of work can become more unequal because we're seeing strong recovery and quite good prospects for those in high-income countries and high skilled jobs, but the reverse for those at the other end of the scale," he said.

He discussed the possible impact of companies seeking to simplify their global supply chains which may have "profound" effects on production around the world.

Ryder added that while he believes the number of jobs will eventually return to pre-pandemic levels, "the world of work will be different and the challenge ahead of us is to make sure it's better," it all depends on which policies are chosen.

The report foresaw the beginning of uneven job growth in the second half of 2021 with the creation of 100 million new positions this year. However, the jobs that are being created are often lacking.

"To make matters worse, many of the newly created jobs are expected to be of low productivity and poor quality," it said.

Stefan Kühn, economist for the ILO and lead author of the report, told Reuters that "unemployment does not capture the impact on the labor market."

The true impact was much greater when reduced working hours were factored in. But it was not the same across the board — hiring has begun again in the US, but in Europe, many workers are stuck on reduced-hours schemes.