French President Macron has arrived on Corsica for a two-day visit aimed at easing tensions between the Mediterranean island and the mainland. Nationalists bolstered by political gains want more autonomy for the region. 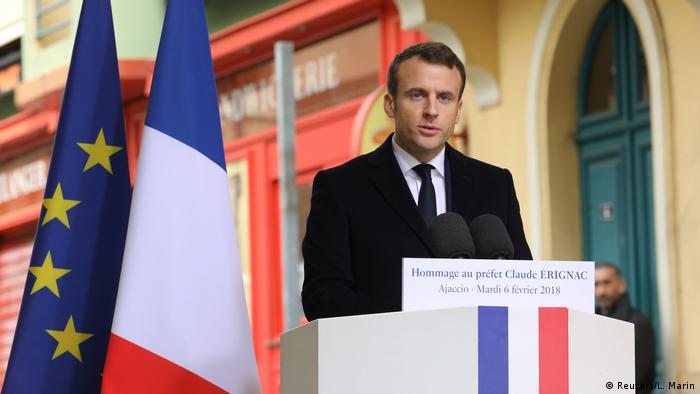 French President Emmanuel Macron began his first Corsica trip Tuesday with a plea for unity and frank dialogue as he led a tribute to Claude Erignac, France's top official on the island, who was assassinated by pro-independence activists in 1998.

During the ceremony, he praised what he called Erignac's commitment to bringing peace to Corsica. "Twenty years later, the republic must preserve this ambition, to bring about a future for Corsica that matches its hopes without compromising with demands that would tear it away from the bosom of the republic," Macron said.

The shooting of Erignac, outside a theater in the capital Ajaccio, stunned France and marked a sharp escalation in nationalist violence on the island.

"I am here to break with these pretences and renew the path of frankness, responsibility and building the future without leaving things unsaid or beating about the bush," the French president said. 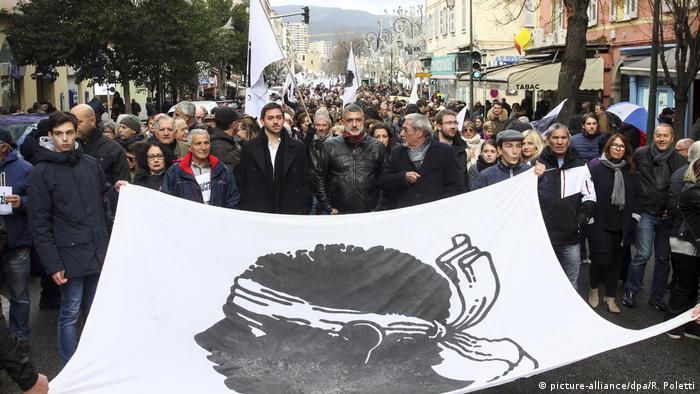 Macron was due to meet with nationalist leaders Gilles Simeoni and Jean-Guy Talamoni on Tuesday evening, ahead of a highly anticipated Corsica policy speech on Wednesday.

The Mediterranean island, home to some 330,000 people and Napoleon's birthplace, has been part of France since 1768.

Separatists launched a violent campaign involving bombings and assassinations in the mid-1970s. But they laid down their weapons following a ceasefire in 2014 to instead seek change through politics.

They have long called for greater autonomy from Paris, but unlike the region of Catalonia in Spain, they do not want full independence. Other demands include equal recognition of the Corsican language, preferential access to the property market for locals and the release of so-called political Corsican prisoners held in mainland prisons.

Macron had suggested during the presidential campaign that he was prepared to make some concessions, but on Tuesday he ruled out pardoning Corsican militants and said he would not elevate the Corsican language to the same status as French.

He pledged, however, to try to give the island "the future it aspires to, without giving into demands that would take it out of the Republican fold."

A coalition of Corsican nationalists won December's regional elections by a landslide, taking 41 of the 63 seats in the new assembly. Candidates from Macron's Republic on the Move! party won just six seats. 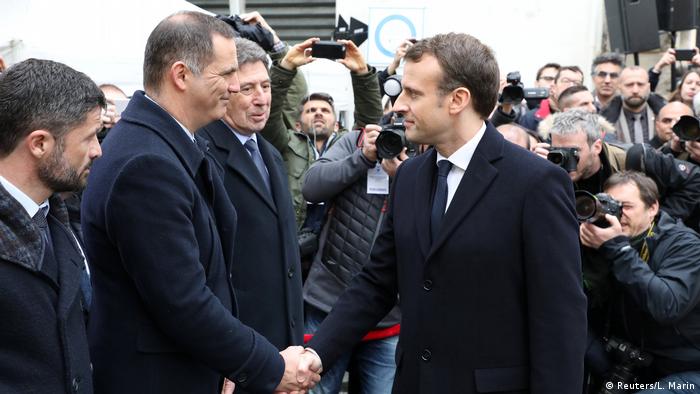 On Friday, the assembly passed a motion calling on Macon to launch a "dialogue without preconditions or taboos between the State and Corsica" and seeking a constitutional amendment to gain legislative powers.

Simoni, the head of the regional assembly, described Macron's visit as "an extremely important moment with the potential to become historic."

"If the road to dialogue remains closed we would be in a crisis situation and a political dead-end," he said.