Ahead of a visit by President Emmanuel Macron, thousands of Corsican nationalists took to the streets calling for more autonomy for the French island. Paris has said previously it is open to changes in its relationship. 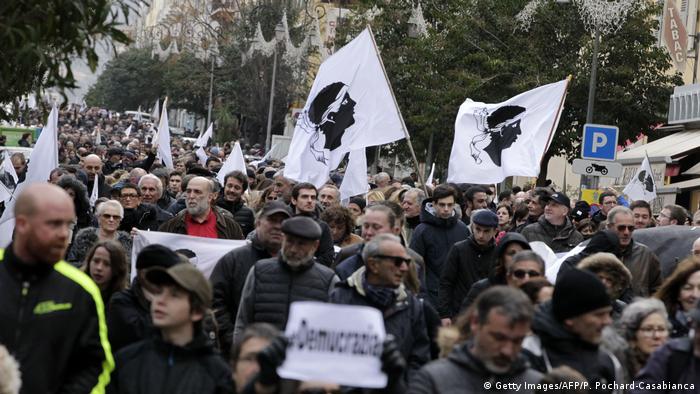 "It's a historic moment, a march of unprecedented proportions in Ajaccio," Gilles Simeoni, chairman of Corsica's executive council, told reporters.

March organizers put the number of protesters at between 22,000 and 25,000, while local authorities claimed that between 5,600 and 6,000 people turned out for the demonstration on Saturday. 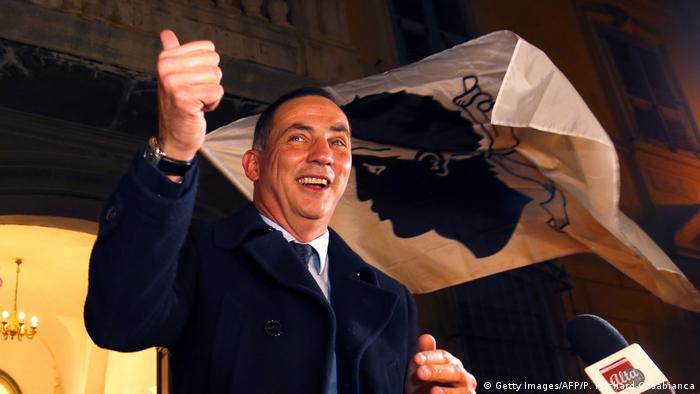 With the island's mainstream political parties facing widespread disillusionment in their constituency over claims of corruption, the nationalists achieved their best-ever performance in December's regional election.

Nationalist leaders are demanding more economic autonomy, equal status for the French and Corsican languages, and restrictions on the right to buy property in some areas to people who have been resident on the island for at least five years.

Organizers behind the march said they hoped the demonstration would lead to new negotiations with the federal government.

After much misunderstanding, Simeoni said, there was now, for the first time, the opportunity to have a "fruitful dialogue."

"For this reason we expect much from the president's visit," he said.

The lead car in the demonstration read "Amnistia," a reference to another of the nationalists' demands, which is amnesty for Corsican prisoners jailed for pro-independence violence.

There has been an active nationalist movement for decades on Corsica, but it has long been known for resorting to violence and has been linked to over 40 murders. The "national liberation" campaign was also known for blowing up police stations and holiday homes. In 2014 they announced a ceasefire, which coincided with nationalist forces gaining increased political power.

Macron has previously claimed that he is open to dialogue but has ruled out making any changes to the French constitution. This effectively amounts to a flat rejection of the nationalists' demand for special status for the territory.

The government is playing with fire by rejecting the nationalists' demands, Simeoni told the Reuters news agency in an interview this week, referencing the independence movement's violent history. He also said that the strong turnout should prompt the government to start negotiations.

"It sends a very strong message by Corsicans. I hope that [the French President] has heard what we have said today."