Emmanuel Macron unpopular, but president again | Europe | News and current affairs from around the continent | DW | 24.04.2022 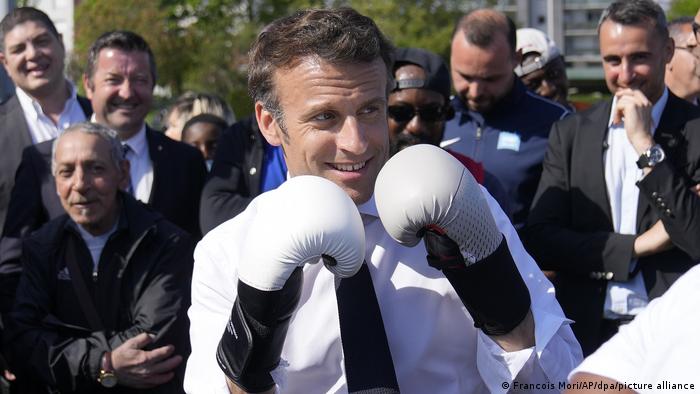 Emmanuel Macron was not yet 40 when he entered the courtyard of the Louvre in Paris on the evening of May 7, 2017 to celebrate his first sensational election victory along with his supporters.

Back then, there was a sense of a new beginning in the air: This young reformer, unsullied by a long march through the political institutions, wanted to modernize France himself, and propel it into the 21st century.

Now, he has won reelection. But, as he emphasized at a recent appearance in Marseille, this is not about just carrying on for another five years. What he wants, he said, is complete renewal, a fresh contract with the French electorate.

After his predecessor, Francois Hollande, Macron was a luminous figure erupting onto the political stage. Where Hollande often came across as awkward, Macron was elegant and eloquent, with a strong sense of mission. He quickly became a beacon of hope among the European heads of government.

Yet his profile, and his progress, were typically French. The son of respected doctors from the northern city of Amiens, he gained his Master's degree at the prestigious political sciences institute Sciences Po in Paris before going on to the elite National School of Administration, for decades a training ground for France's top political and business leaders. 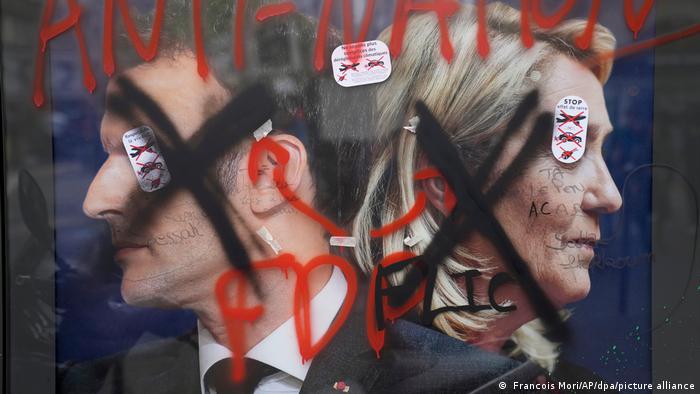 Many voters found it difficult to choose either candidate

Macron's first years as a civil servant were spent in financial administration. Then, in 2008, he took a lucrative job as an investment banker before returning to the civil service in 2012. The springboard for his political career came in 2014, when the Socialist Hollande appointed him Economy Minister. Just one year later, Macron left the Socialists and went on to form his own political party, walking out on the ministerial post.

Macron's success was fueled by a fortuitous combination: A classic regicide — the betrayal of his political mentor Hollande — and political coincidence, namely the fraud scandal that engulfed the conservative presidential candidate, Francois Fillon, at the same time, which destroyed his chances with the electorate. Macron saw his opportunity, and seized it.

Another thing that made this up-and-coming young man from the provinces stand out was his marriage to Brigitte, his former teacher, with whom he has had a close relationship since his youth. A quarter of a century older than the president, she is regarded as his quiet adviser and guiding star. Never before, however, has the love affair and marriage of a presidential couple given rise to such intense speculation and gossip. Some observers take the view that their unusual pairing has contributed to Macron's aura of difference.

As Macron took office in 2017, the traditional French political parties lay in ruins. The Socialists were destroying themselves with political infighting after their ignominious defeat, while the conservatives were splitting into an extreme right-wing faction and a more moderate one from which Macron recruited many of his ministers and associates. 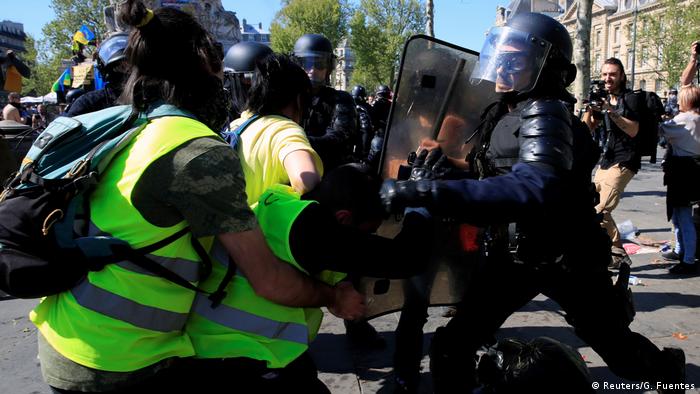 He occupied the political center, more or less across party lines, but without defining a new ideological course. He leaned to the right or left, depending on the mood in the country, and sometimes gave the impression of lacking direction.

Yet the young president certainly had vision. On one occasion, he gave a particularly famous speech at the Sorbonne University in which he displayed not only considerable rhetorical talent but also remarkable foresight. Europe had to become autonomous, economically, politically and militarily, he insisted. The message fell on deaf ears in Berlin at the time. Now, though — and certainly since the war in Ukraine — it has become the prevailing opinion in Brussels.

Macron's domestic policies soon hit the rocks. By the winter of 2018, the yellow vest protest movement had already stymied his plans. The demonstrations were sparked by the imposition of an environmental levy on diesel fuel, but they quickly escalated into broader opposition to the president. Macron wanted to modernize France's inflexible administration, make the country more business-friendly, reform the expensive pension system, and more. However, as is the French custom, many of these ideas were effectively killed off by a series of strikes.

No sooner had social peace been restored than COVID-19 arrived, and Macron had to prove himself as a crisis manager. This didn't go very well at first, but later he was reasonably successful. France's vaccination rate is high; its hospitals were not overwhelmed; and the economic fallout was minimized by government aid programs. France's economic recovery has been better than those of its neighbors.

Relief, however, was short-lived. The war in Ukraine has brought political uncertainty, followed by price increases. By now, the majority of French voters are driven by the fear of the soaring cost of living. The explosive and divisive issues of recent years — immigration, the role of Islam in society — have receded in comparison.

An unloved, even hated, president

Previous French presidents, such as Hollande or Nicolas Sarkozy, have inspired scorn and derision, but none has been the object of such sheer hatred as Macron. His nickname is Jupiter; he is seen as arrogant and aloof, someone who rules from on high. Yet he has not dismantled the welfare state, or changed France out of all recognition in some other way. There seems to be an almost extra-personal quality to the hatred. It did not ultimately prove a threat to his reelection, but it did mean that the fight was harder than expected.

As the historian Pierre Rosanvallon explained recently on broadcaster France Inter, Macron's policies are not the reason. Rather, it has to do with his character. "In a certain way, he embodies something that prompts very profound rejection… There's this image that sticks to him… of distance, of contempt," he said.

Other factors, Rosanvallon added, are that Macron is out of touch with society, and that, unlike other presidents, he did not grow up in a region where he knew the people and was familiar with their everyday lives.

Macron simply doesn't have the right political pedigree. He is seen as a cold technocrat who hasn't been to enough agricultural fairs and firemen's balls. The great success of the populist far right highlights the deep divisions in the country, as well as the dregs of reactionary nationalism, xenophobia and anti-democratic tendencies. For this reason, and in light of the global political situation, Macron would be well advised to heed the old warning when seeking a second term: Be careful what you wish for.

Only a few countries are reporting more new coronavirus infections compared with the previous two weeks. DW sums up the global data on the current situation in three charts.

Macron will have to overcome dislike even among those who voted for him: DW's Lisa Louis