Millions of voters in Nigeria took their smartphones to the polling station. They have become a tool for citizen election observers. But pictures taken at the ballot can do a lot of damage. 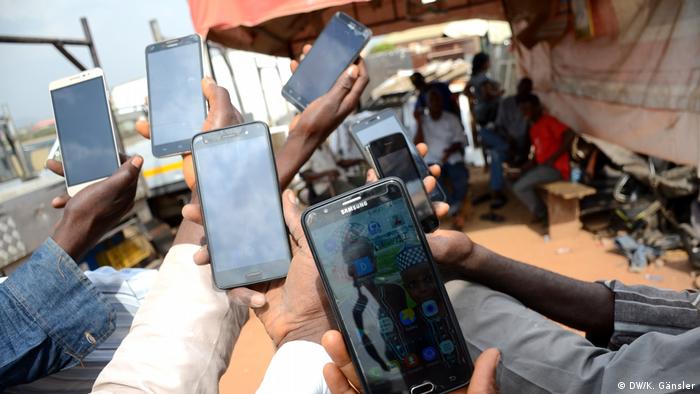 Hailemariam Desalegn, former prime minister of Ethiopia and head of the African Union (AU) Election Observation Mission, did not mince words. At a press conference two days after the presidential, parliamentary and senatorial elections in Nigeria, he called for a responsible use of social media: "Refrain from disseminating false information on the elections, particularly the results."

At this point, thousands of tweets with #BuhariIsWinning and #AtikuIsWinning were already circulating on the micro blogging platform Twitter. Starting on elections day pictures with unverified information were shared on Facebook and in WhatsApp groups. This fell on fertile ground because social media have been rife with conspiracy theories for weeks.

Other observer missions are also explicitly referring to the significant role of social media in the 2019 elections, mostly deemed negative. "It's going to be a challenge. The new technology is overwhelming, including fake news if you don't know if a video is real," says Derek Mitchell. He is the president of the Washington-based National Democratic Institute (NDI), which, together with the International Republican Institute (IRI), sent 20 observer teams to 16 states in Nigeria.

In its post-election report, the mission says: "The mission heard credible fears that the spread of fake news may increase tension." That doesn't justify a blanket condemnation of media, Mitchell told DW. It all depends on how they are used: "They can create more transparency and give people more power." 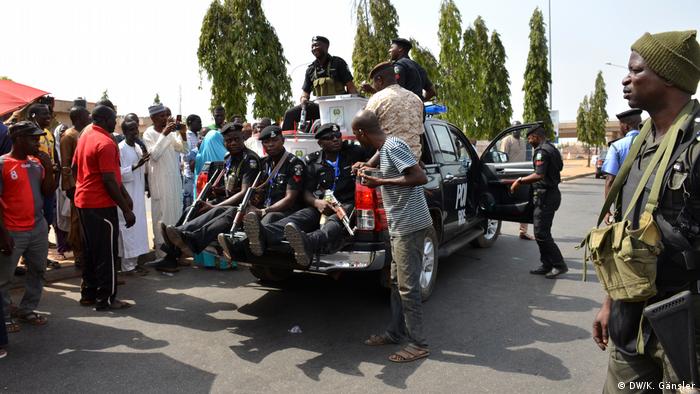 Police picked up pre-filled ballot boxes from one polling station

Around ten o'clock on the morning of elections on Saturday, 23 of February, ballot boxes stuffed with voting forms were brought to a polling station in the capital Abuja. Voters refused to cast their ballots and rioted demanding replacement of the boxes. The Independent National Electoral Commission (INEC) dismissed the brawl as a mere oversight. INEC did replace the ballot boxes, but by that time videos of the protest had already gone viral on social media platforms. Three hours later police picked up the stuffed boxes. All of it was filmed by more than a dozen smartphone cameras.

A large increase in the number of social media users has contributed to these developments. According to an August 2018 report by the Nigerian Communications Commission (NCC), the country had 104.6 million users. The number is likely to have grown in the meantime. More than half of the country's 190 million inhabitants are online. The prices for data volumes have fallen: today, five gigabytes are sometimes available for the equivalent of 6.25 euros ($7.10). 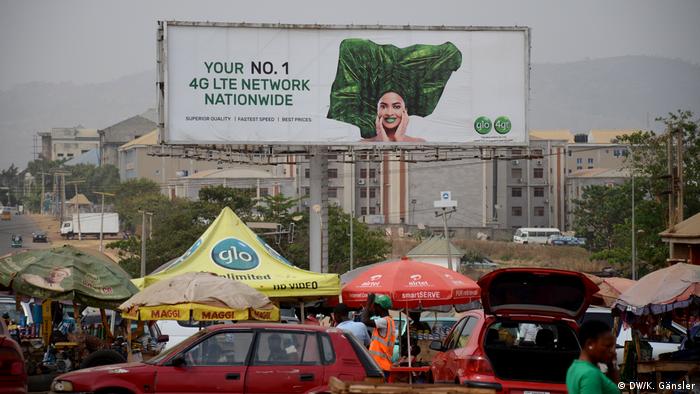 Half of Nigeria's population is already online

Pictures of violence, theft and death

The interlinking of modern technology and elections is a new development for Samson Itodo, head of the non-governmental organization Yiaga Africa, which sent almost 4000 observers to all parts of the country. "The mobile phone is used to promote electoral integrity and transparency;" he said. "Why do we know that there was violence in the elections, why do we know there were killings, that there was disruption or snatching of ballot boxes?" And that's not all: information can now be disseminated without delay, leading to immediate reactions such as protests or demands for improvements.

Ibrahim Usman, a resident of Abuja's Jabi district says he appreciates this possibility of immediate news dissemination and reactions. Usman is a trader in used kitchen utensils and has owned a smartphone for five years. It plays an important role in his business. At the same time, he uses the device to read news. But he views social networks with skepticism: "I trust news when I read it on the Channels TV online page," he told DW. Usman too has noticed that at times the images and the described events do not fit together. That is very wrong, he said. 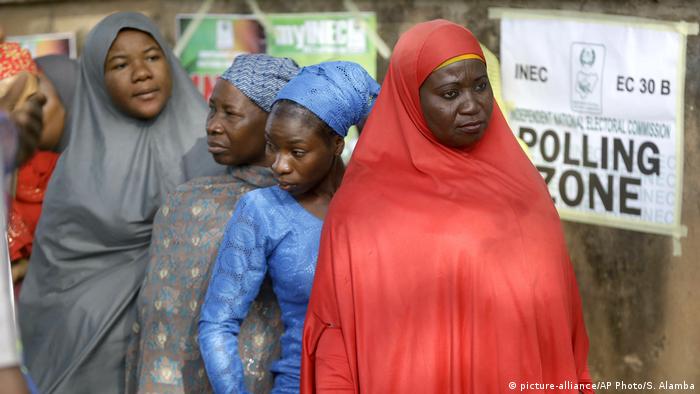 Ebele Oputa deals with metadata on a daily basis. She is an editorial expert at www.dubawa.org, homepage of the Centre for Investigative Journalism of the online newspaper Premium Times. She checks news from social networks. Ebele Oputa says her work aims at making fact-checking an integral part of the culture. She has the following advice for people making and uploading videos: "You have to add information, such as place and time, so that people do not use it to incite violence."

This is especially important during elections, says Ebele Oputa. If users take it into account, smartphones and the internet will contribute towards transparency. The journalist sees great potential for the technology, above all in gathering the results from the regions.

"When the votes are counted, people take photos in their polling stations. If INEC publishes a different result, people are empowered to react," she said.

Nigeria's President Buhari hopes to be re-elected on Saturday. When he took office four years ago, he made sweeping promises – which he has almost entirely failed to keep, says DW's Lagos correspondent, Adrian Kriesch. (15.02.2019)