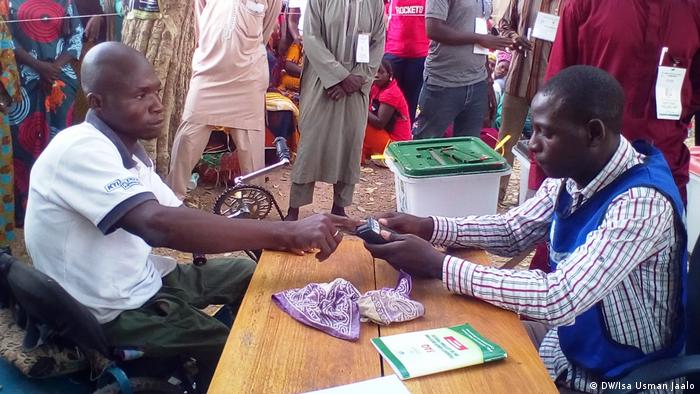 Most polling stations closed at 2 p.m. local time (1300 UTC) in Nigeria on Saturday following a delayed election to pick the president of Africa's most populous nation and leading oil producer.

Despite a promise by the Independent National Electoral Commission (INEC) that it had overcome logistical difficulties that forced the postponement of last weekend's vote, some polling stations still opened hours late.

A coalition of civic groups said there were delays to the delivery of some materials and the deployment of staff. Election officials allowed those stations to remain open past the afternoon deadline.

Incumbent President Muhammadu Buhari was one of the first to vote, and he emerged from the polling booth in his hometown of Daura, in the northwestern state of Katsina, to say he was confident of victory.

His main challenger, Atiku Abubakar, who represents the main opposition People's Democratic Party (PDP), voted in Yola, in the northeastern state of Adamawa.

Early results revealed Abubakar lost at his home polling station, with Buhari beating him with 186 votes to 167.

Most observers say victory for either front-runner is still too close to call, with the outcome set to hinge on which man voters most trust to revamp an economy still struggling to recover from a 2016 recession.

The results — including for a parliamentary election that ran alongside — are to be announced early next week.

Saturday's election was postponed by a week just hours before polls were due to open on the morning of February 16, with officials blaming logistical challenges. The ruling All Progressives Congress (APC) and the PDP accused each other of conspiring with INEC to rig the result. 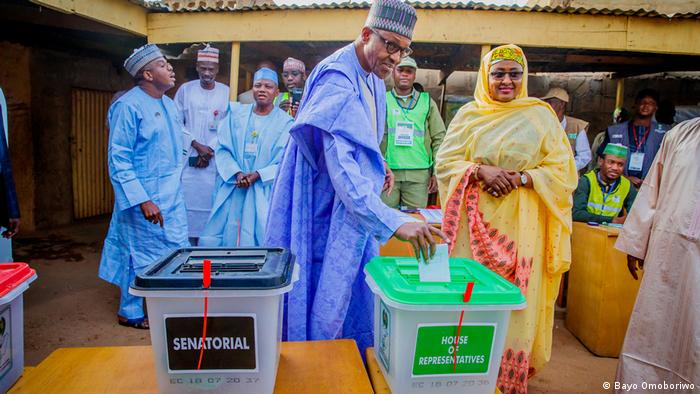 Incumbent President Muhammadu Buhari casts his ballot. He is seeking a second term in office

Hours before polls opened on Saturday, suspected Islamist insurgents attacked the northeastern town of Geidam, forcing residents to flee. However, civilians returned to town hours after the attack and the polls were opened at noon local time, according to DW correspondent Al-Amin Suleiman.

Separately, reports surfaced about Boko Haram terrorists attacking the city of Maiduguri in the northeastern state of Borno with rocket fire, but these were disputed by local security forces.

The army and police claim to have "fired the shots themselves, in order to drive away the attackers," Suleiman reported from the scene.

"Many people still believe that the attacks were meant to keep them from exercising their right to vote," he added. "They remain determined to vote even at risk to their life."

Large crowds of people came to the polls, according to local officials.

"Despite everything, the people in Borno refuse to be intimidated," Borno State Governor Kashim Shettima said. "This is a reason for joy."

Despite the delays and concerns that heavy security may intimidate potential voters, Buhari described the voting process as "smooth."

Some voters who made it to the polls encountered frustrating logistical problems. Before casting their ballot, registered voters must check to see if their serial number is listed on the wall at the polling station. But would-be voter Grace could not find her number on the list at a polling station in Abuja.

"I have checked, I cannot see my own," she told DW. "I have a voter's card, but I cannot vote because I don't have my serial number."

Grace was eventually assured by a polling station official that she would still be allowed to vote; however, DW cannot confirm that she cast her ballot.

Nigerians are still divided over who deserves the top job. The majority of voters are under 35 and many young Nigerians want Buhari out.

"A lot of us are not happy," one young woman told DW. "There is bloodshed; the government is not doing a lot [to fix] what is happening in this country."

But others think Buhari deserves a second term, with one young male voter in Abuja telling DW: "He has fought corruption and he has actually provided direction."

Despite the record number of registered voters, militant group Boko Haram warned people not to cast their ballots. The group and its offshoot, Islamic State in West Africa Province, have carried out deadly sporadic raids in the northeastern Borno state.

The election campaign has coincided with fresh violence in northern Nigeria, blamed on criminal gangs as well as Boko Haram jihadis. More than 200 people have died since the start of this month alone. 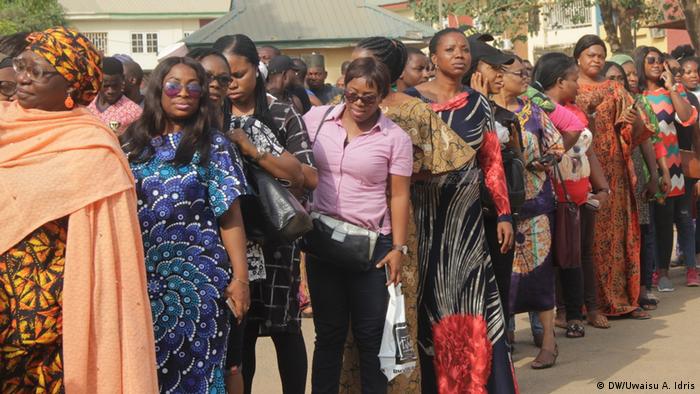 Mahmood Yakubu, chairman of the INEC, said that 72.8 million cards had been collected out of 84 million registered voters. Candidates need to win the most votes and at least 25 percent support in two-thirds of Nigeria's 36 states and the Federal Capital Territory of Abuja.

Buhari was elected president in 2015, but many Nigerians believe he has failed to live up to his initial campaign promises, which included cracking down on rampant corruption and fighting Boko Haram. For Abubakar, it is his fifth attempt at the presidency on the PDP ticket. The 72-year-old businessman-turned-politician has been implicated in a number of corruption scandals over the years.

Fanny Facsar contributed to this article.

On February 16, President Muhammadu Buhari and opposition leader Atiku Abubakar will face off in Nigeria’s presidential election. The outcome of this highly contested vote is far from certain. (13.02.2019)