Despite coming to power on a wave of popular support, President Abdel-Fattah el-Sissi appears to have the same aspirations as his autocratic predecessors. DW looks at his swift rise from army chief to two-term president. 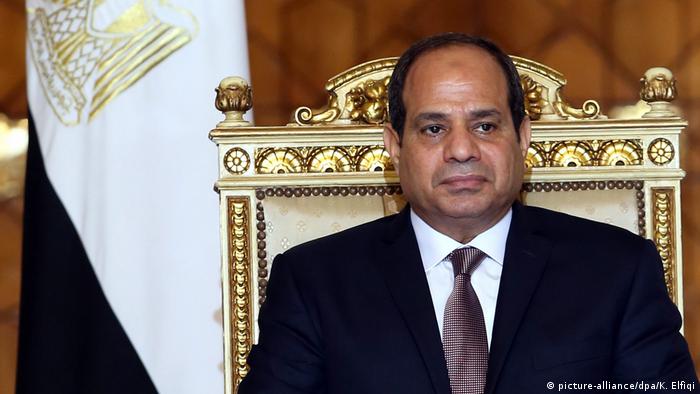 President Abdel-Fattah el-Sissi was officially re-elected to a second term on Monday, after a contest in which many of his would-be challengers were either arrested or intimidated into stepping away from the campaign.

Read more: Election in Egypt: 'el-Sissi is on the side of the autocratic rulers'

Born in 1954, one year after Egypt became completely independent from the United Kingdom, el-Sissi has made much of growing up in a neighborhood in Old Cairo where Jews, Muslims and Christians all resided together.

A soldier his entire life, el-Sissi attended a military high school, before graduating from the Egyptian Military Academy in 1977 and receiving his commission and serving under strongmen-presidents Anwar Sadat and Hosni Mubarak.

Before receiving extra training at military facilities in the UK and US, el-Sissi was named the youngest member of Egypt's Supreme Council of the Armed Forces. During this time, el-Sissi defended the controversial practice of carrying out virginity tests on female detainees, saying it was done "to protect the girls from rape as well as to protect the soldiers from rape accusations."

After a popular uprising ousted President Mubarak in 2011, the Islamist Mohamed Morsi was elected to take his place. A year later, Morsi made the surprise decision to replace the Mubarak-era military chief with el-Sissi, making him the head of Egypt's armed forces, and shortly thereafter also named him Minister of Defense.

But Morsi's administration was to be short-lived, and el-Sissi had a major role to play in the military coup in 2013 that unseated the deeply unpopular Morsi and the Muslim Brotherhood, whom many had accused of buying the election.

After seizing power, el-Sissi made a show of trying to promote secularism and religious diversity by outlawing the Islamist Muslim Brotherhood party and making efforts to reach out to Egypt's marginalized Coptic Christian community, becoming the first Egyptian president to attend mass. 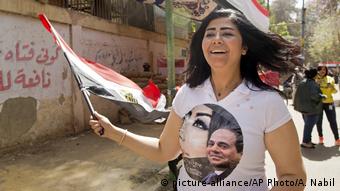 El-Sissi's supporters returned him to a second term in office, a foregone conclusion

However, gestures of goodwill quickly turned sour as el-Sissi's government clamped down on freedom of expression as many hundreds of political dissidents sat in prison awaiting trial indefinitely, and just as many members of the Muslim Brotherhood were sentenced to death.

El-Sissi has also come under fire for the massive rights violations and violence that were perpetrated, often on civilians, during the coup. He has also been blamed for the estimated 2,200 deaths that occurred during the crackdown on the Muslim Brotherhood. El-Sissi's administration has further been accused of disappearing political dissidents.

His relations with the Coptic community have also declined following a series of terrorist attacks on Christian communities and churches, leaving Copts wondering if el-Sissi's government could, or was even inclined to protect them.

In 2014, after somewhat successfully crafting a cult of personality as interim leader, el-Sissi was elected president with 96 percent of the vote in an election that has been criticized for its irregularities and low turnout.

During his tenure, his predecessors Mubarak and Morsi have gone through a series of legal battles, often involving the death penalty, in which they were convicted, then had those convictions overruled on appeal. Mubarak was quietly released from prison in 2017, while Morsi is still awaiting a new trial.

El-Sissi's successes in office have been improved relations with neighboring Israel, promoting awareness of sexual assault, and making a priority of ridding Egypt of unsafe slums.

However, the economy has continued to fall into steeper decline under el-Sissi's rule, and his government has imposed repressive new laws that make a free press and independent civil society nearly impossible.

Preliminary unofficial results show President Abdel-Fattah el-Sissi has won a second term. But turnout was not as high as he had hoped, as any serious challengers were banned from standing in the election. (29.03.2018)