The first of five Monday night Bundesliga fixtures this season takes place tonight as Eintracht Frankfurt host RB Leipzig. But match-going supporters are planning to protest against the unpopular scheduling. 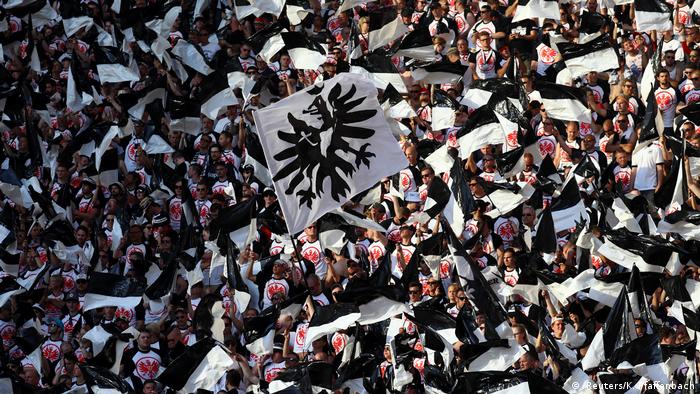 Monday night's Bundesliga fixture between Eintracht Frankfurt and RasenBallsport Leipzig, is set to take place against a backdrop of protests against what many fans see as yet another step in the perceived over-commercialization of the sport.

In addition to an appeal to refrain from vocal or visual support as part of an "atmosphere boycott," organized supporters' groups have also called upon fellow fans to make their message clear on banners inside the stadium.

"This is about more than just goals and points," read a joint statement from the umbrella group Nordwestkurve Frankfurt, the club's official Supporters Club and the hardcore Ultras Frankfurt. "This is about the question: how much are we as football fans prepared to put up with?"

The German Football League (DFL), which operates the Bundesliga, insists that the introduction of Monday night fixtures has nothing to do with financial gain, pointing out that the five games will account for less than one per cent of total revenue from television rights. Rather, it argues, this is a sporting decision to give Germany's Europa League participants an extra day’s rest.

But supporters remain unconvinced and view the development as yet another assault on their fan culture.

"Clearly, the league and the clubs are prepared to sacrifice our interests for the smallest of financial gains," continued the Frankfurt fans' statement. "As long as they have a few more euros in their pockets, they couldn't care less how many days of vacation we need to take to attend an away game. Marketing is their highest priority." 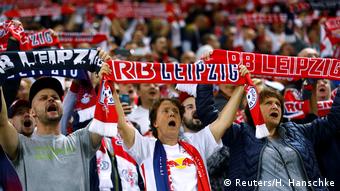 Fans of RB Leipzig, who played Napoli in the Europa League on Thursday, have also announced their intention to boycott the 400-kilometer (249 mile) trip to Frankfurt – a decision that has been met with scorn from fan groups across Germany who see the Red Bull franchise as the embodiment of all they consider wrong in the modern game.

Historically, midweek Bundesliga fixtures are nothing new. A high point was reached in the 1991-92 season when over a third of games (36 per cent) took place from Monday to Friday. In contrast, only 17 per cent of this season's games are scheduled during the week.

Writing in German football magazine kicker last week, Eintracht Frankfurt Chairman, Axel Hellmann, called for an "open and honest debate to find common solutions to a wider conflict of interests," recognizing the need for the Bundesliga to maximize media revenue while also emphasizing the importance of German fan culture.

"Ultimately, we want to maintain our fan culture, which is unique in Europe, with the highest average attendances in the world, the highest proportion of standing tickets and our atmospheric stadiums," Hellmann wrote. 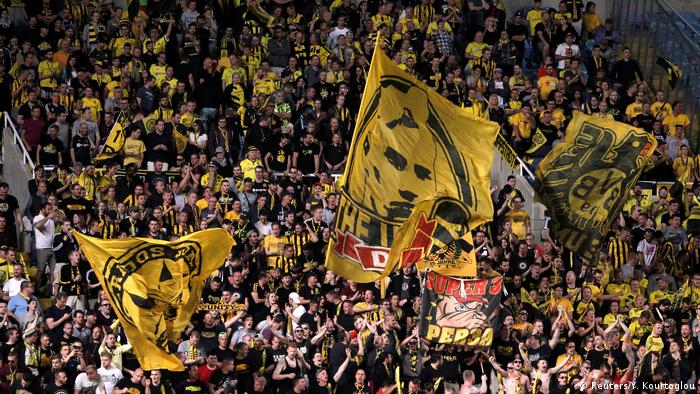 The south stand or "yellow wall" at Dortmund's Signal Iduna Park has a capacity of almost 25,000

Next week, the second Monday night fixture will see Borussia Dortmund welcome Augsburg – and BVB supporters have gone a step further, calling for an outright boycott of the game.

Over 315 match-going fan clubs, including Dortmund's three ultra groups, have announced their intention to boycott the match and not pass on their tickets, raising the prospect of a half-empty "yellow wall" stand.

Augsburg fans have also announced that they will not make the 600-kilometer trip from Bavaria.

The third Monday game of the season will be Werder Bremen host Cologne on March 12. As yet, neither set of supporters has announced any action.