Egypt tries to restart tourism during coronavirus pandemic | Middle East | News and analysis of events in the Arab world | DW | 20.06.2020 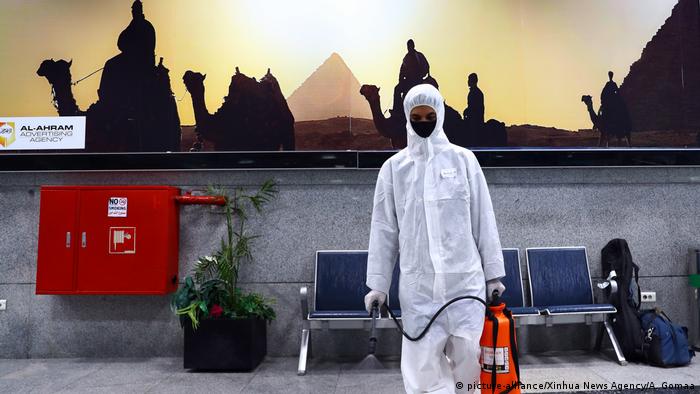 Mustafa has been exploring the Red Sea waters off Hurghada for 15 years as a freelance scuba diving instructor. He was optimistic after Egyptian authorities announced that they would reopen his city and other major beachside destinations — including Sharm el-Sheikh, Marsa Alam and Marsa Matruh — to international tourism on July 1.

"When corona hit, it was terrible — not just for us here, but around the world," Mustafa said. Now, operators he works with have already started taking international reservations and he said had seen an increase in sales from his diving equipment business. He sanitizes his gear and follows special safety measures, as recommended by the global Professional Association of Diving Instructors.

Some sources in Egypt have been sensitive about commenting on the coronavirus pandemic after a number of people were arrested for criticizing the government's response. DW has used either first names or avoided identifying the people in this story to protect their identities.

Authorities are gradually reopening Egypt's crucial tourism sector, even as the daily number of new infections within the country hovers at around 1,400, according to figures from Johns Hopkins University. Egypt has seen far fewer cases of the virus compared with countries of similar population size, such as Germany. But medical staff in urban centers have complained of an overwhelmed health care system and insufficient testing, while officials have spoken of the need to "coexist" with the virus.

When it comes to tourism, coexisting appears to mean balancing a careful resumption of business and the need to restart an industry that accounts for about 15% of the economy, according to analysts quoted by Reuters. Along with softer-hit resort cities, major archaeological sites will slowly reopen with restrictions and airports and many hotels will resume operations while monitoring the health of incoming visitors. But Egypt is also trying to boost the limited reopening by waiving tourist visa requirements for resort areas, offering steep discounts to airlines and launching a new advertising campaign. 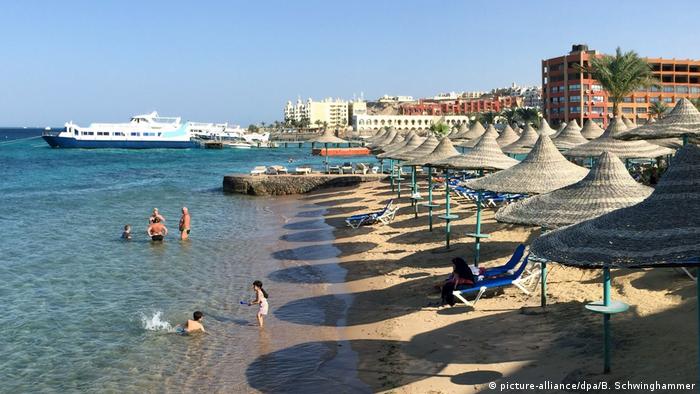 Hurghada, on the Red Sea, is one of the beach cities slated for a modified reopening

At the beginning of the year, the UN World Tourism Organization (UNWTO) reported that Egypt's tourism sector had flourished in 2019, recording a 21% jump in growth, with more than 13.5 million tourists. Egypt even topped several "best tourist destination" lists for 2020, including one by the US business magazine Forbes.

"After the [2011] revolution, it took roughly seven years for business to build up slowly again," said the owner of a business that offers cruises on smaller traditional light-draft boats called dahabiyas.

When pandemic measures were announced in March, Antiquities and Tourism Minister Khaled al-Anani said Egypt could shed up to $1 billion (€890 million) each month from lost tourism revenue. In Luxor, on the Nile, where Egypt's first major spike of cases was recorded among tourists on a river cruise in March, expectations of a good year ahead had been high.

Said el-Batouti, an Egyptian economic adviser to the UNWTO, told the state-run Middle East News Agency that Egypt could expect more than 15 million visitors, spearheaded by a wave of renewed interest from German tourists. The pandemic upended those projections.

Read more: From Aswan to Luxor by boat

"Everyone was getting to eat meat and think of festivities and everything else when [the pandemic] hit," the cruise operator said. He had managed to keep paying his 150 crew members, he said, but many other cruise operators began laying staff off as soon as authorities announced the arrival of the virus. 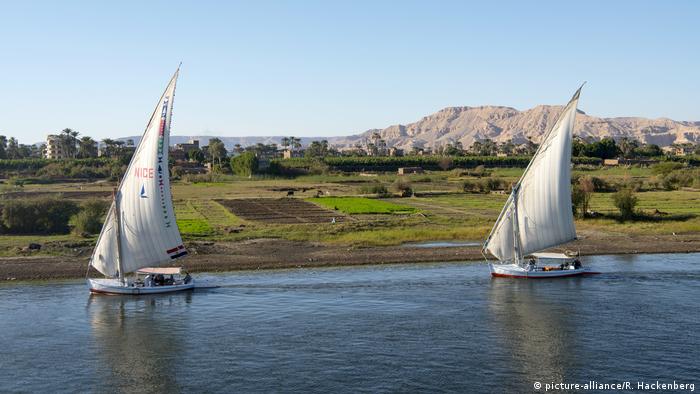 Egypt's gradual reopening is intended to staunch such damage. But, in Hurghada, some tourism operators are doubtful that it will bring about a quick recovery.

"I've yet to see how this will happen," said Faisal, who owns a diving company and also charters boats from his fleet. "If you are a business and you're operating at 50% capacity, you're losing money, so maybe I'd rather not be open and restart the engines If they have any restrictions on capacity and so on: That's going to be difficult."

Bringing back his staff and preparing his boats for a short, weak season before the quiet winter months will cost Faisal, and low demand from international tourists who have lost their own livelihoods, means there will be no "V-shaped recovery," he said. "I think it's going to be a very tough climb." 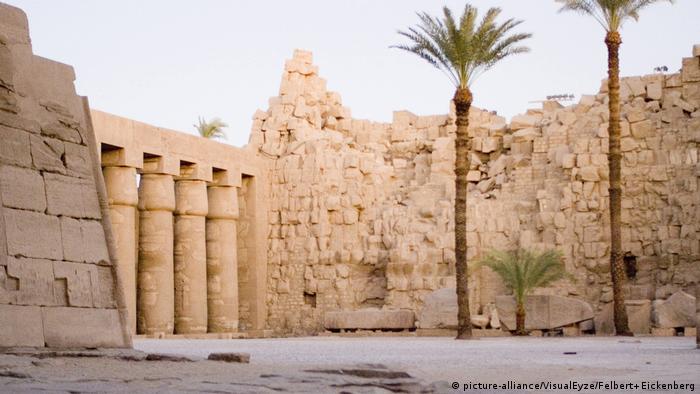 Where tourists come from will limit the speed of any recovery. Some EU countries are gradually lifting mandatory quarantine on domestic travelers who return home as they reopen borders, but the German government's warning against travel outside the European Union will remain in place until at least August 31, Foreign Minister Heiko Maas said.

Similar conditions for Egyptians unable to travel abroad has contributed to a spike in domestic tourism, Faisal said. "That business has seen a boom because Egyptians can't go anywhere now, and in reality there are more Egyptians that can't fly out of Cairo for tourism abroad than tourists that would come to Egypt," Faisal said. "Actually, this weekend you cannot find a single apartment to rent in El Gouna," he said, referring to a town just north of Hurghada.

In the longer term, Egypt's tourism sector will be reliant on a global recovery, said the cruise operator in Luxor, who has seen his 20-year-old business buffeted by various upheavals. "Corona is worldwide, and therefore the impediments are air travel and if they find a cure or preventative," he said. "If they come through with that in a couple of years — once people get some assurance they're not going to die — then I think it'll pick back up, if they have the money."

Opinion: Ukraine on the way to the West