Cambodia's marginalized indigenous populations are steadily gaining opportunities thanks to a new multilingual education program. Now, the government is taking the lead to expand the inclusive efforts. 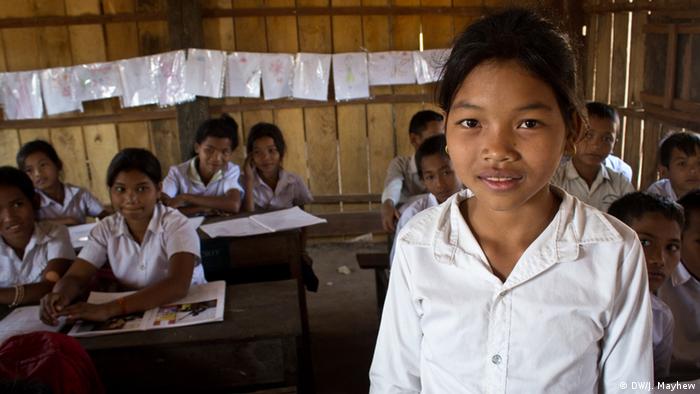 Twelve-year-old Chhean Srey Meth dreams of being a teacher when she grows up. It’s a goal that now, thanks to a far-reaching and innovative education program, is within reach.

Srey Meth attends a simple, three-room school in Cambodia's Kratie province where she, along with some 70 other students of Phnong ethnicity, benefits from multilingual education. The students begin learning in their mother tongue before the national language of Khmer is gradually phased into the curriculum. 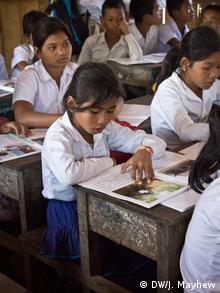 This is a drastic departure from the past. In Cambodia, ethnic minorities have long been impeded from education. The long distance to travel to school was a deterrence, and those who did attend often faced discrimination or lagged behind due to a lack of understanding, as classes were only taught in Khmer by Khmer-speaking teachers.

"Children and adults there couldn’t speak Khmer at all," says Kron Ka Sung, an ethnic Kreung from the northeast province of Ratanakiri, where 64 percent of the population is indigenous.

Education is just one of the ways that Cambodia's 24 ethnic minority groups face vulnerabilities. Among these communities, child mortality is high, health care is low, and food insecurity is heightened by deforestation. Indigenous people face discrimination in many aspects of public life, including employment. From a young age children are often required to help their parents with work in the fields and at home.

Over the past 13 years, non-profit organizations have been working to provide better learning opportunities to the country's ethnic minorities by rolling out multilingual education to the most remote regions.

Since 2003, CARE - with support from UNICEF and the Cambodian government - has led a sweeping multilingual program, which has seen indigenous children taught in their own local language from preschool through to third grade, with bridge learning into Khmer, before transitioning to Khmer-only instruction in the fourth grade. 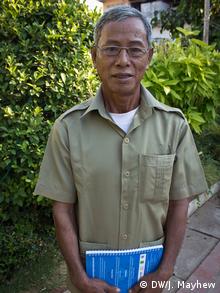 Den Dong, 64, says he has seen his Tampuen community come to better value education over the past decade

"If we try to teach a child in a language they're not so familiar with, they're always going to be left behind," said UNICEF Representative to Cambodia Debora Comini. "This is why we had lower retention rates, lower literacy rates, among indigenous communities, which are simply starting their education with a handicap."

The approach has involved setting up community-based schools, training indigenous teachers, who are often known by the students and their parents, and developing local language, contextualized textbooks with input from indigenous village and commune leaders.

As many of these languages are primarily oral, the process has had to first backtrack to codify, formalize and introduce these as written languages, which takes approximately two years, according to UNICEF. To date, education materials have been developed in five local languages.

"That's a very sound educational principle that if you learn in your context, you learn much better," said Noorlander. "Early childhood should be about developing emotional intelligence; it should be about socializing." 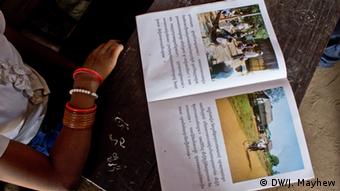 So far, the results have been promising. More than 4,000 children attended multilingual education schools in 2015. Enrolment doubled between 2009 and 2015, and teaching in two languages has led to higher literacy rates in ethnic minority communities, according to CARE.

"Children can read and write in [the] indigenous language—their language," said Ka Sung, who serves on the school board committee in her commune. "Now the community better understands the advantages of education," added 64-year-old Deng Song, an ethnic Tampuen also from Ratanakiri. "After they have knowledge, they can start a big or small business, for their future."

But this month, the efforts were provided a significant boost, by the official launch of the government's Multilingual Education National Action Plan. The plan is a clear indicator the government is taking full ownership of the program, and channeling it into the country's education system.

The government has gradually become more involved over the past seven years - replicating community schools, integrating the program into state schools, providing teacher salaries and overseeing all multilingual schools. The plan promises significant expansion by 2018, with an increase in multilingual preschools by 88 percent and primary schools by 100 percent, as well as a doubling of students and trained teachers.

"[It] is part of the commitment from the ministry and all development partners to provide the underserved children access to full education," said Minister of Education, Youth and Sport Dr. Hang Chuon Naron at the March 1 launch. 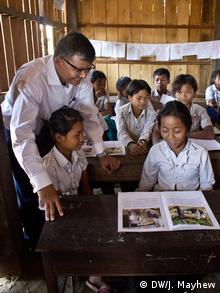 Already, experts see Cambodia as a leader in the region for its institutionalized approach, involving both the highest level of government and the community, according to the minister. But government commitment and funding is perhaps more significant when considering the small numbers of ethnic minorities, who make up only 1.5 percent of the country’s15 million primarily Khmer population.

This approach, however, has its critics, particularly among nationalists concerned about secession. "Sometimes it's a sensitive issue," acknowledged Dr. Naron. "[But] teaching in their mother tongue doesn't create a [second] state; it just affords the opportunity to transition to Khmer. This is the best way of integration."

The minister added he is more concerned about alienating minority groups, particularly in the northeast, where in the past the brutal Khmer Rouge regime strategically created bases to appeal to those who benefitted least from development. "Exclusion can create social problems," he said. "Education is the only equalizer. Maybe they're poor, or they are rich, but once you have education, it equalizes opportunity… It's good for the country."

Yet challenges remain in seeing the country’s remaining indigenous groups reached with education. Comini warned during the launch that "Coverage does not yet match the scale of the need." According to CARE, quality needs to be closely monitored as the program expands nationally, and teachers' skills need to be improved.

Supplementary programs also need to better assist indigenous students to transition into state secondary schools, where they are often discriminated against.

Now in grade three, Srey Meth will face that change in three years’ time and—despite the statistics stacked against her—says she wants to go on to complete twelfth grade.

While Southeast Asia currently boasts one of the globe's most diverse linguistic landscapes, UNESCO estimates that half of the world's 6,700 languages are at threat of extinction. Advocates hope that, at least in Cambodia's outlying regions, this program will help to stave off that loss.

"It's important," says Srey Meth, who stands armed with her colorful textbook. "To preserve the culture and tradition."