Anti-Semitism has been the subject of intense debate recently in Germany. Do mandatory visits to concentration camp memorial sites help curb the problem? DW's Daniel Bellut joined students on a school trip to find out. 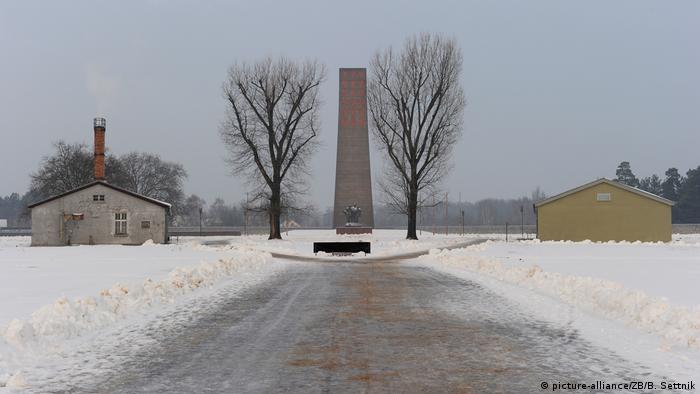 Ahead of International Holocaust Remembrance Day on Saturday, class 10C of Rostock's Don Bosco School is on an obligatory visit to the Sachsenhausen concentration camp, just a few kilometers north of Berlin. When the students step off the bus, they seem relaxed and in good spirits. Some of them are happy to not spend the day in a classroom. The history teacher, however, seems a little tense. He obviously wants his students to acknowledge the seriousness of this place.

Tour guide Karl Kröhnke comes to greet the class. He first takes the students on a tour of the concentration camp's exterior grounds and tells them its story. Then, the students approach the gate at the entrance. The closer they get, the more somber the mood becomes — no more laughter, no more teasing. The students stand in front of the gate in silence, concentrating on what Kröhnke is saying.

"Everyone who passed through this gate was no longer a free man," he explains. "On the other side, a life of terror began, a life of total unpredictability."

One student is rather unimpressed. She wonders why life in a concentration camp would be unpredictable if you achieved freedom through hard work. Kröhnke seems to have heard this question before. It is clear to him that her comment reveals an inadequate knowledge of history. Kröhnke answers calmly: "That was pure cynicism! Anyone who worked hard was far from being free."

Imagining the horrors of Nazi Germany

More than 200,000 prisoners were taken to Sachsenhausen during the Nazi era. Homosexuals, Jews, Sinti and Roma, and generally anyone who was not considered to be part of the so-called Aryan race was brought here without a trial. Thousands died — of exhaustion, from medical experiments or in executions.

As the tour continues, the students walk past the narrow barracks in which the prisoners were housed. Kröhnke explains how guards, armed with machine guns, were able to see everything in the camp from their watchtowers. We see the execution site where more than 10,000 Soviet prisoners of war were murdered. Then we see the ovens in which the bodies were burned afterwards.

"I am completely shocked and can hardly believe what happened here," says a girl with a sad look on her face after she steps out of a barracks. "You have to see this, after all, it's part of German history," another boy adds.

The school visit to the concentration camp aims to sensitize the students to the crimes committed during the Nazi era. It is a lesson being taught at a time when anti-Semitism has returned to the forefront of the public discourse in Germany. In December 2017, demonstrators near the Brandenburg Gate burned Israeli flags at a protest against the US decision to recognize Jerusalem as Israel's capital. Anti-Semitic slurs were reportedly yelled. These scenes were reminiscent of a dark chapter in German history. Amid fears of rising anti-Semitism in the country, the president of the Central Council of Jews in Germany, Josef Schuster, said students and asylum seekers should be required to visit a concentration camp.

People cannot be forced to be compassionate

A visit to the concentration camp is already mandatory for the students of class 10C from Rostock. Their teacher Robert Arndt, however, does not see this as a forced lesson.

"Obviously remembrance culture shouldn't be forced because then the students shut themselves off," he says. "One must, of course, find a way to approach this difficult subject."

Before they leave, his students lay down a wreath and yellow roses to pay tribute to those who were murdered. The visit may have been part of the curriculum, but the teenagers' compassion seems natural and genuine.