Ecuador cancels austerity plan in a bid to end unrest

President Moreno and leaders of the country's indigenous peoples have struck a deal to cancel an austerity package that led to violent protests. Seven people were killed after the cost-cutting measures sparked outrage. 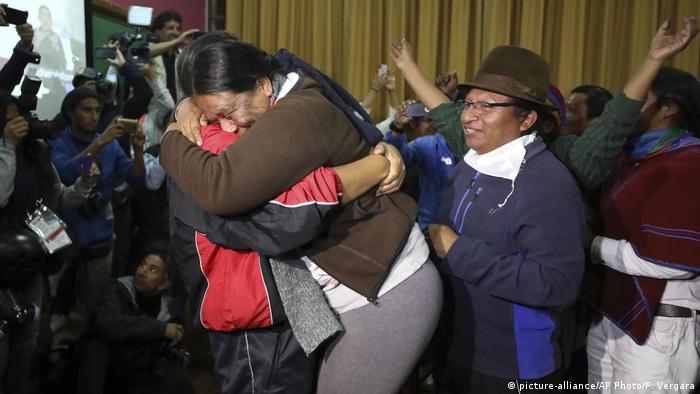 Ecuador's government and indigenous leaders have settled on canceling an austerity package that triggered protests leaving seven people dead, after the worst civil unrest in the South American country in more than a decade.

As part of the accord, President Lenin Moreno will repeal the International Monetary Fund-backed measure, known as Decree 883, that included a significant increase in fuels. Indigenous leaders, in turn, will call on their followers to end 12 days of protests and street blockades.

"With this agreement, the mobilizations... across Ecuador are terminated and we commit ourselves to restoring peace in the country," said a statement from both sides.

Moreno welcomed the news declaring: "Comrades, a deal is compromise on both sides. The indigenous mobilization will end and Decree 883 will be lifted."

The news came as talks concluded in the capital, Quito, between Moreno and groups including the Confederation of Indigenous Nations (CONAIE). For almost two weeks, leaders from the organizations had galvanized thousands of protesters and coordinated anti-austerity demonstrations across the country, from the Andes to the Amazon.

Earlier Sunday, Jaime Vargas, the head of CONAIE, had called on the president to immediately expel the interior and defense ministers for "excessive violence" during the turmoil.

Adorned with the feathered headdress and face paint of the Achuar people of the Amazon rainforest, Vargas demanded the immediate cancellation of Moreno's October 1 decree ending fuel subsidies as part of austerity measures.

"This isn't a demand of the indigenous people, it's the demand of the country," Vargas said. "We haven't come to form negotiating commissions."

While the calls for the decree to be withdrawn appear to have been met, as yet there have been no ministerial changes or resignations.

Meanwhile, President Moreno received the support of the South American trade bloc, Mercosur, along with other countries in the region. It condemned the violent unrest, saying mass demonstrations were a blatant attempt to undermine the government.

Mercosur released a statement, along with Peru, Colombia and Chile, saying: "We endorse the efforts made by Ecuador's government to maintain peace, public order and democratic institutions by using the instruments provided by the constitution and the law."

The bloc, which consists of Brazil, Argentina, Uruguay and Paraguay, added: "We condemn acts of violence and attempts to destabilize the country, its institutions and the Ecuadorian democratic process." 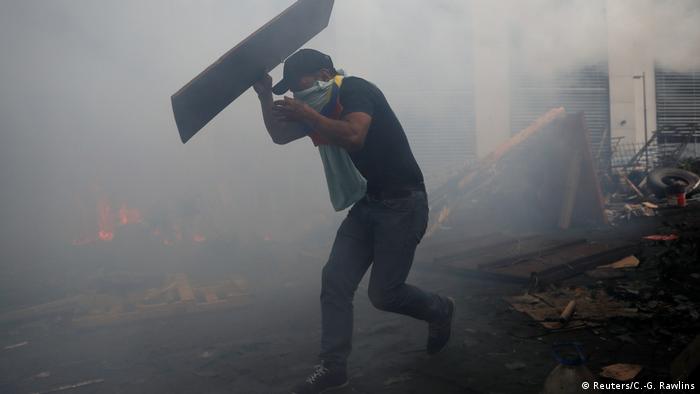 On Saturday, Moreno declared a "curfew" and "militarization" in Quito to help security forces quell ongoing protests sparked by the austerity measures his government had imposed.

But the announcement of the curfew came within 30 minutes of its implementation, meaning protesters, many of whom had traveled to the city from other provinces, did not return home.

As a result, violence continued in the capital even after indigenous leaders changed tack and confirmed they had accepted a proposal for talks with Moreno in order to find a solution.

Protesters in Ecuador have clashed with police for the second day in a row over a drastic fuel price increase. President Lenin Moreno has left the capital and declared a state of emergency. (09.10.2019)