More than 470 arrested in Ecuador over fuel prices

Violent protests erupted across Ecuador after the government announced the elimination of 40-year-old fuel subsidies. Hundreds of protesters have been arrested in five days as police struggle to quell the unrest. 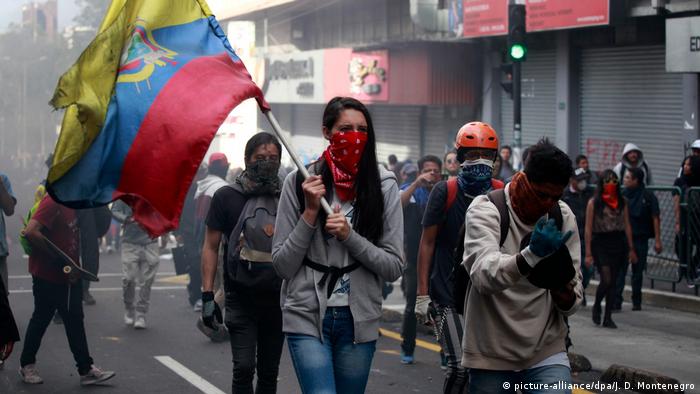 Police in Ecuador arrested 477 people during five days of violent protests against the government's austerity measures, the Interior Ministry announced on Monday, as protests continued across the country.

Interior Minister Paula Romo told local Radio Quito the detentions were for vandalism, including the destruction of a dozen ambulances. 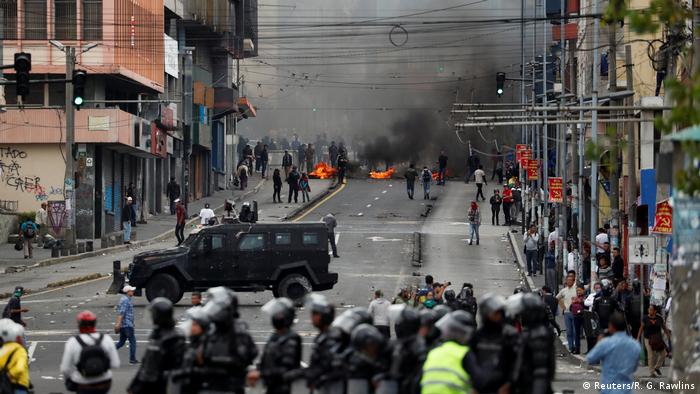 Monday marked the fifth consecutive day of protests over the elimination of fuel subsidies, with indigenous groups and others blocking roads and engaging in looting.

President Lenin Moreno has insisted he will not back down on the lifting of the subsidies nor tolerate disorder. The Ecuadorian leader canceled a planned visit to Germany on October 8-10 due to "uncontrolled" protests.

"It's one thing to protest, demonstrate or march, but these are completely different to the anarchic and criminal events that we witness here," said a government spokesperson. The spokesperson added that the government intends to use police and the military to stop the chaos.

The Confederation of Indigenous People (CONAIE), which is organizing a march to the capital, Quito, also denounced the violence in a tweet saying that violent groups had infiltrated the protest. 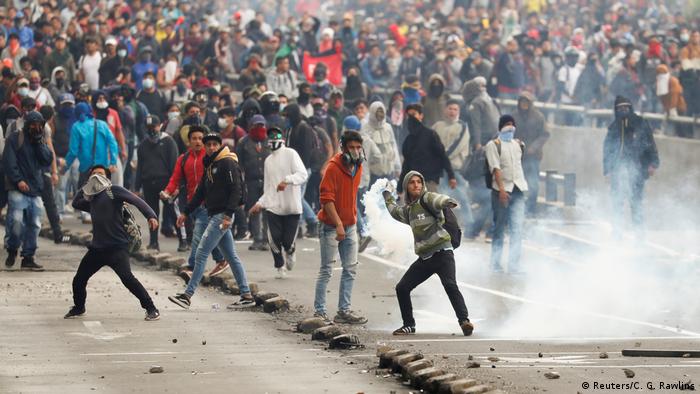 Demonstrators reject the elimination of fuel subsidies, announced as part of austerity measures and financial reforms

According to local newspaper El Comercio, a milk factory and flower farm in Cotopaxi province in central Ecuador were looted. In neighboring Chimborazo province, around 50 soldiers and police were held hostage over the weekend. Demonstrators also occupied the local government building in Bolivar province.

More than 20,000 demonstrators are expected to participate in the CONAIE march that is expected to reach the nation's capital on Tuesday, according to CONAIE chair Jaime Vargas.

A state of emergency was declared last Thursday and will last up to 60 days. 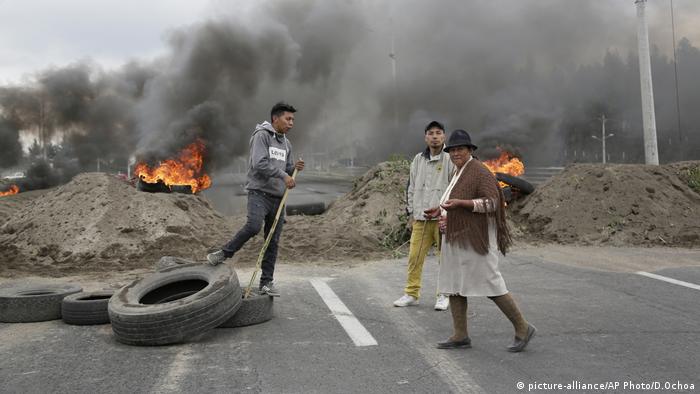 The government stated that it was one thing to protest, demonstrate or march, but the "anarchic and criminal events" happening in Ecuador were quite another

The protests were sparked by the decision to lift fuel subsidies as part of the government's reform package, which was unveiled last Tuesday. The measures include tax reform, relaxing labor protections and doing away with 40-year-old fuel subsidies.

Moreno said the elimination of fuel subsidies was needed to lift the economy and stop smuggling.

In total, the fiscal reforms were valued at over $2 billion (€1.8 billion) per year.

Moreno's administration reached a $4.2 billion deal with the International Monetary Fund in February.