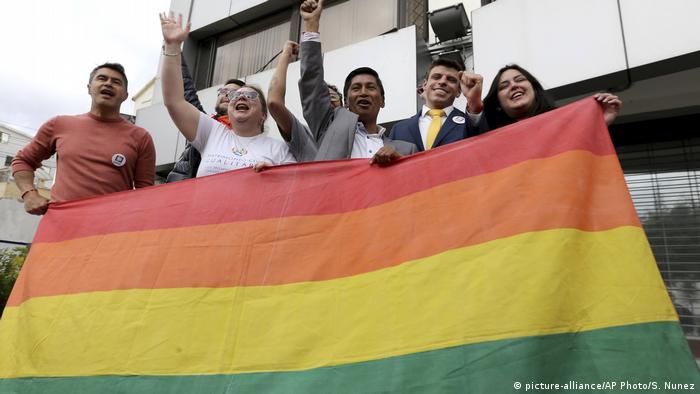 Same-sex marriage was approved in Ecuador on Wednesday in a landmark ruling by the country's Constitutional Court.

Lawyer Christian Paula said triumphantly: "It means that Ecuador is more egalitarian. It recognizes that human rights must be for all people without discrimination."

The decision came after judges voted 5-to-4 in favor of approval.

The arguments against centered around having to debate the process in the National Assembly prior to changing current legislation.

However, Gustavo Medina, a former Supreme Court president, said that authorities were obliged to accept the conclusions of the Constitutional Court because they were "binding and mandatory." 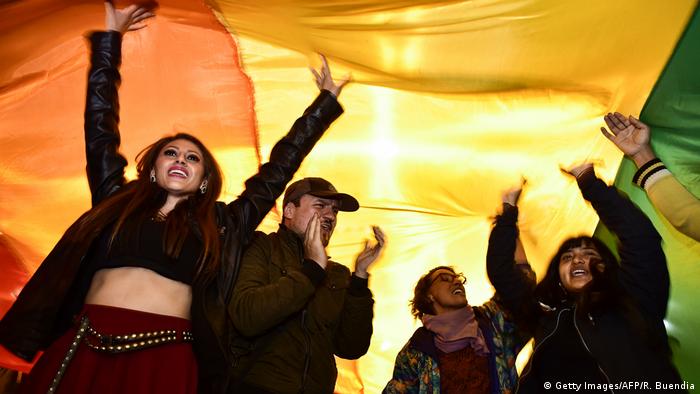 The process began when two couples filed a lawsuit as they wanted to marry. Efrain Soria and Xavier Benalcazar, one of the couples, have been in a civil partnership for the past seven years.

Civil unions get fewer rights than married people but now, thanks to the change in laws, same-sex marriages will be entitled to the same inheritance and estate benefits as heterosexual spouses.

Soria told reporters in Quito: "I want to say hello to Javier, who is in Guayaquil. Honey, I love you."

"Enjoy the happiness that comes from being equal, like anyone else. It is a joy for our entire community and Ecuador," said Soria, who is the head of the Ecuadorian Equality Foundation, an LGBT rights group.

Social Democrats want to put marriage equality on the table, and more than 80 percent of Germans support expanding the right to marry to same-sex couples. But many Christian Democrats are still pushing back. (06.03.2017)

From gay-friendly honeymoon destinations to party escapes, tourism has long catered to LGBT travellers. But as acceptance grows, so do calls for the industry to broaden its offers, and avoid cliches. (12.03.2018)

Taiwan has legalized same-sex marriage. Mainland China is not likely to do the same, says DW's Frank Sieren. But homophobia or prudishness are not the reasons why. (31.05.2019)