Colombia's constitutional court has given the go-ahead for gay couples to marry. The decision is a milestone in the traditionally Catholic country. 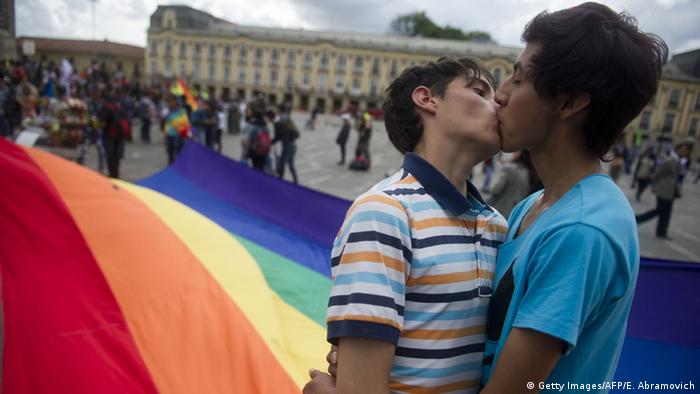 The court ruled in favor of gay marriage on Thursday in a widely expected decision.

"The judges affirmed by a majority that marriage between people of the same sex does not violate the constitutional order," judge Maria Victoria Calle said.

The ruling gives gay couples for the first time ever the ability to wed the same as heterosexual couples, although they were already allowed to form civil unions.

Earlier this month, the court rejected a justice's opinion that would have denied public notaries the right to recognize same-sex marriages, paving the way for Thursday's ruling.

Other Latin American countries that have legalized gay marriage include Argentina, Brazil and Uruguay.

A homosexual American-Spanish couple has won the right to keep their child, Carmen. Complications ensued after the girl's surrogate mother decided to keep the baby after realizing that the couple was gay. (26.04.2016)

Though a Chinese court rejected a same-sex marriage lawsuit, many believe the case affirmed a growing acceptance of LGBT rights in China. DW examines the implications of the decision for country's gay rights movement. (15.04.2016)

A judge in China has dismissed a suit brought against the local government by a gay couple. Despite the decision, the plaintiffs and their supporters have said the fight isn't over. (13.04.2016)