Economist Wolff: ′Still massive problems ahead′ | Europe | News and current affairs from around the continent | DW | 14.08.2013

Even though the eurozone is better off than expected, economist Guntram Wolff warns modest growth rates don’t make a turnaround. Unemployment rates are likely to remain high. 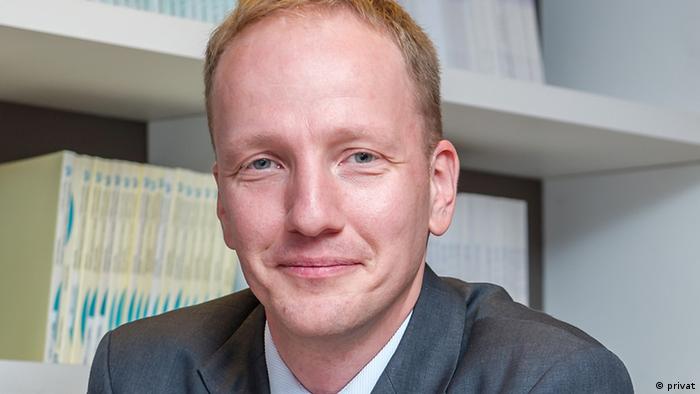 DW: According to recent figures by EU's statistics office Eurostat, the eurozone has emerged from recession. The 17 member-bloc's combined economic output grew by 0.3 percent during the second quarter of this year, compared to the previous quarter. There are also some positive early indicators in regards to business climate. Mr. Wolff, can we rejoice now? Is the crisis over?

Guntram Wolff: I'd say the positive numbers really spell relief. It's definitely a positive surprise; the German and French numbers were particularly good. Portugal has shown very good numbers in the second quarter as well. But I'd like to advise against cheerfulness and to just sit back and lounge now. There are still massive problems which need to be tackled. We need to work on those in the coming months and in the next year.

Even though France has always been regarded as a problem child, the French economy has been surprisingly strong. Is that merely a flash in the pan or a sign for long-term improvement?

One of the things that played a role in France was definitely the business tax reform, which helped strengthen the country's competitiveness. But that's not enough to fully make French businesses competitive again. It also helped that the pace of consolidation measures in France was slowed down. But there are still major issues which France needs to tackle - especially its pension reform.

The eurozone's economy is supposed to grow by 1.2 percent next year, according to a forecast by the EU Commission. Will that be enough to lower unemployment rates in southern Europe?

No, it won't be enough. Growth figures in all of Europe are still way too small to manage to turn around the situation on the job market. Unemployment rates will remain high in southern Europe next year as well. It is going to be a while before we'll see any relief there.

Is Germany still the eurozone's growth engine - and will it stay that way?

Germany has the highest growth figures in the eurozone, but its growth is still too small to effectively push the other countries. In order to adjust the eurozone's imbalances, Germany's nominal growth, that means growth plus inflation, should be at 5 percent. We should really have a little more than we have now in order to make it.

What needs to be done to help the eurozone's fragile plant of growth continue to prosper?

But at the same time, you have to continue structural reforms. That includes state-specific structural reforms which continue to be important in southern Europe and maybe in Germany as well, and also reforms of the eurozone as a whole. It's still not a complete currency union. We need the banking union. This has to be completed. And we're only halfway there.

Is there any hope for the eurozone's rear light, Greece, where the economy is still shrinking?

The gross domestic product is not as bad as expected. But you wonder whether that's a statistical inaccuracy or indeed a glimmer of hope. I'm still skeptical to call it a turnaround or a tipping point. Greece's economy is still shrinking by 4 percent. It's going to be a while till we see dry land.

Guntram Wolff heads the Brussels-based think tank "Bruegel." The economist is an expert on European economic development. He was a researcher for the German Bundesbank and is part of the economic advisor team for French President Francois Hollande. Wolff also teaches at numerous universities.

A year ago, ECB chief Mario Draghi stopped speculation on the euro with two succinct sentences. He said the ECB would do whatever it takes to save the euro. So, has it? (26.07.2013)

Latvia will enter the eurozone in 2014. It's already blasting its economy forward with new tax laws and encouraging investment. But some say this could be dangerous and the country risks becoming "the new Cyprus." (18.07.2013)

Dutch farmers feel they face an impossible pollution ultimatum: Sort it or sell up 14.07.2022

Farmers in the Netherlands are up in arms over plans requiring nitrogen pollution to be slashed. But why this sudden explosion of protest, and could it spread elsewhere?