Tens of thousands of refugees have found jobs in Germany - although most of these are in the low-wage sector. Economist Wido Geis tells DW that this marks a first step towards successful integration. 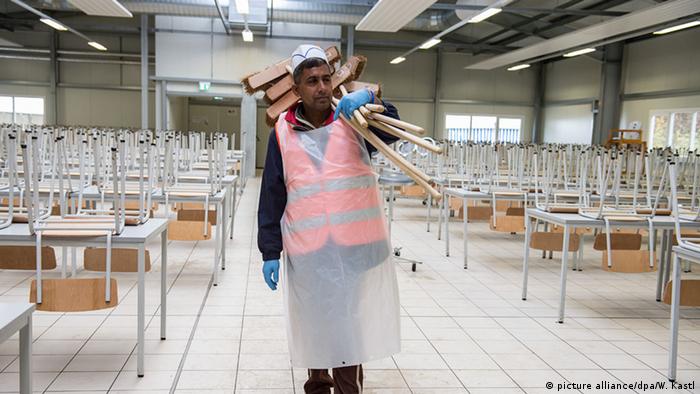 DW: The German Federal Employment Agency (BA) announced that some 30,000 refugees have found jobs here since March 2015. Would you call that a success?

Wido Geis: That is definitely a success. Especially if you know how difficult it is to integrate refugees into the job market, because they, unlike other immigrants, must learn German first.

On the other hand, some 130,000 people who have been granted asylum in German are currently registered as unemployed. Has immigration had a positive or a negative impact on the German job market? 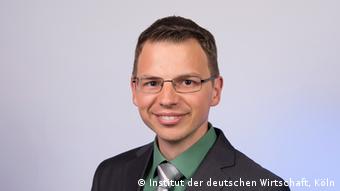 The fact that we have many more unemployed than employed refugees is because integrating refugees into the job market takes time. There is a study by the Institute for Employment Research (IAB) stating that in the past it has taken refugees roughly 15 years to reach a level similar to other migrants. We also know that a great many people coming to Germany possess very few skills. The German economy has enough low-skilled workers at its disposal, so the effect on the job market cannot be thought of as overly positive.

The IAB, a part of the Federal Employment Agency, recently found that there are some 154,000 job openings that could theoretically be filled by refugees with low job skills. Why are those openings still vacant? 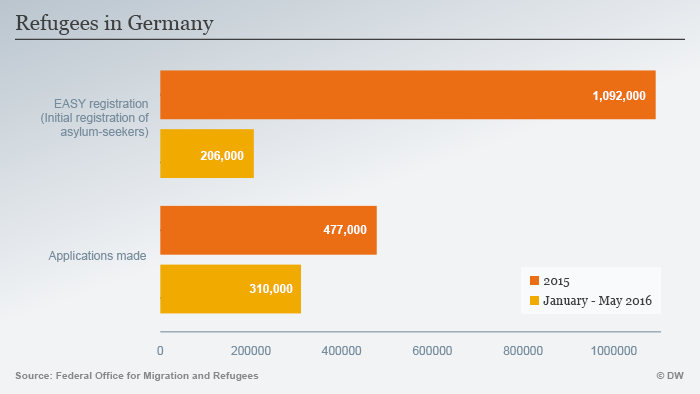 Most refugees have found work in the low-wage sector - such as service sector jobs as cleaners or security guards. Those are jobs that most Germans do not want to do, nevertheless, they are given priority. Are bureaucratic hurdles keeping refugees from finding jobs?

When we talk about officially recognized refugees, those who receive asylum in Germany in accordance with the Geneva Convention, there are no bureaucratic hurdles. Such people are treated the same as local workers. The situation for asylum-seekers is different. In those cases it must be shown that no domestic workers can be found to fill a job opening. That has improved with the new immigration law. Nonetheless, in administrative terms there are still some serious difficulties when it comes to coordination between immigration authorities and the Federal Employment Agency - especially regarding the question of whether a refugee can remain in the country. Most of the people who have come to Germany over the last two years are still in some stage of the asylum process and have yet to receive official refugee status.

In the opinion of the head of the Federal Office for Migration and Refugees (BAMF), Frank-Jürgen Weise, the German economy is dependent upon the influx of skilled workers. Is the potential of well-educated refugees being used to the fullest?

In general, yes, but, of course, refugees need to acquire German language skills for their particular occupations, as well as getting their qualifications recognized. Many refugees also possess skills that are simply not sought after in Germany. That said, statistics show that over the last two years there has been a large increase in the number of doctors arriving in Germany from Syria. 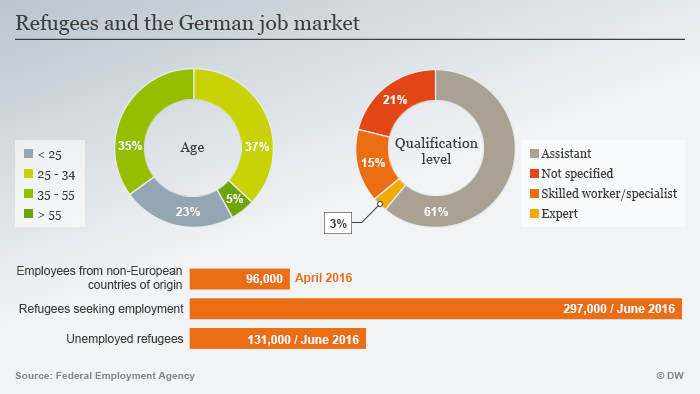 Still, many refugees are working in so-called mini-jobs or one-euro jobs. These let them to enter the job market more quickly, but often offer them no long-term employment perspective. Would it make more sense to invest in a good education from the start?

When it comes to young refugees, it always makes sense to educate them in Germany - especially because we have a lot of unfilled trainee openings. The problem is that people need to be convinced to enroll in vocational training programs. That is not an easy task. First, it generally takes a refugee five years to complete a three-year vocational training course because they need German skills at level to follow lessons at a vocational college. Many simply say: "I have family at home, I have to send them money - it is important for me to get into the job market as soon as I can." Another problem is that the countries where people come from do not have a vocational training system and they therefore do not recognize its value. It takes a lot of persuasion.

We actually have enough workers to fill openings in the low-skilled sector, nevertheless, marginal part-time work can serve as an entry into the job market. Such work allows refugees the chance to get to know the German job market situation, make contacts and learn the language.

Economist Dr. Wido Geis is responsible for education, migration and innovation at the Cologne Institute for Economic Research (IW).

Most EU governments have failed to share responsibility in the refugee crisis - and done too little to counter xenophobia, in a crisis that "won't be going away anytime soon," according to leading aid agencies. (12.07.2016)